LOVE Island star Michael Griffiths was spotted getting up close and personal with dumped Sharon Gaffka at a lap dancing club.

The former ITV contestants were watching a strip-tease show by the Dreamboys at London's For Your Eyes Only on Thursday night. 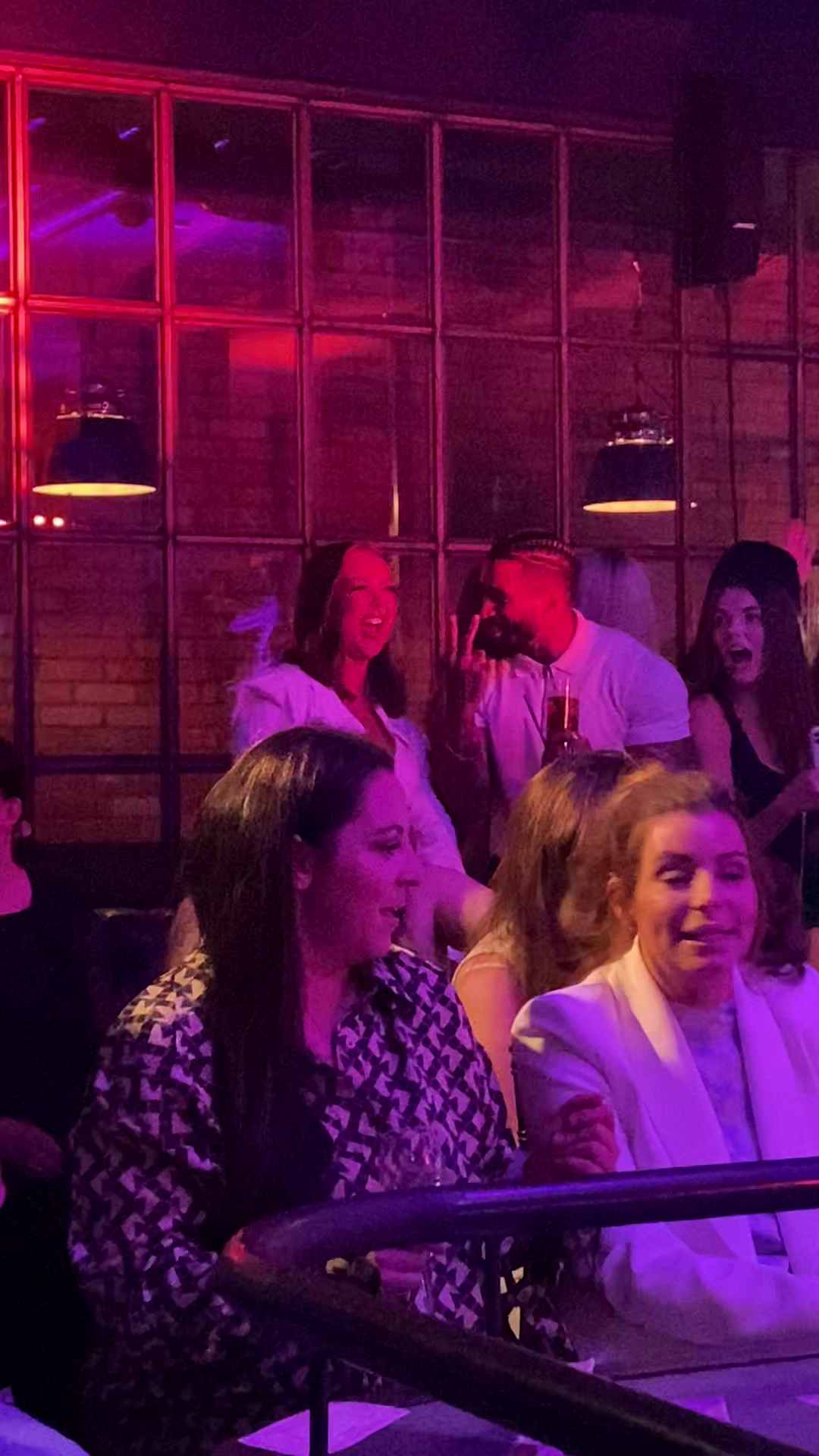 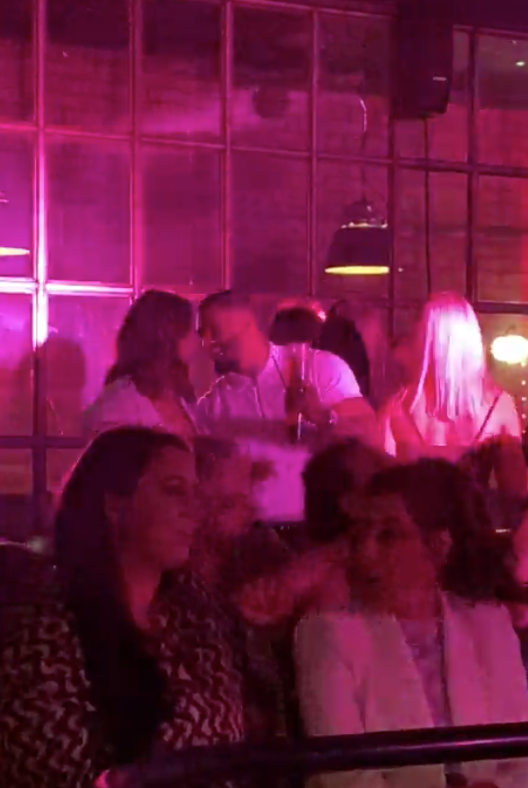 Michael, 27, looked to be getting to know Sharon, 25, just days after she was dumped from the island after a brutal recoupling left her single.

The pair appeared cosy as they laughed and joked together at the gentleman's club, watching on as the Dreamboys performed strip routines.

Michael looked suave in a white knitted polo top and dark jeans, while Sharon opted for a long cut-out white dress that showed off her toned abs.

Sources noted how the two appeared to be "hitting it off" as they "touched" each others' arms and "laughed" about the performance on stage.

A clip taken from inside the venue sees the new-found pals chatted about the venue and their pals, pointing around the room.

At one point, Michael appeared to have whispered something in Sharon's ear, while they also put their faces close together to hear each other between the thumping music.

'THEY WERE HITTING IT OFF'

A source told The Sun: "Sharon and Michael were on opposite sides of the venue until the second half of the show and they watched it together.

"They looked to be hitting it off – I noticed they were laughing and standing super close to each other. At one point, she was touching his arm.

"Michael was making jokes about something and she was laughing – a lot. It looked a little bit flirty from afar. She was clearly enjoying his company."

Despite hanging out together at the event, they left separately – with Sharon opting to head out with Love Island 2019 contestant Anna Vakili.

Meanwhile, Michael, who was joined by a group of friends at the show, went his separate way when above ground and out of the club.

LAP DANCES ALL ROUND

The pair were watching on as Geordie Shore star Chloe Ferry was left squealing as she was given a private lap dance on stage.

After watching the first half of the show from the audience, Chloe suddenly found herself at the whim of two half-naked and hunky dancers.

She was seen giggling before a masked man twerked in her face and thrust towards her, letting out a squeal of delight as she covered her eyes.

After bowing for the crowds, Chloe went back to her seat alongside fellow reality stars Sharon and Love Island favourite Anna Vakili.

Ex On The Beach star Michael Griffiths watched on ahead of his performances with the Dreamboys after two years of delays due to the coronavirus pandemic.

The Love Island contestant and former fireman will be the front man in upcoming performances on their UK-wide tour starting this weekend.

Outside the strip club, ITV2 star Sharon was seen showing off her incredible ensemble, consisting of a long white dress and white high heels.

She carried a neutral-toned bag and wore white shoes, as well as gold hoop earrings and a stunning palette of brown-toned make-up.

It comes days after the Love Island star was dumped from the Majorcan villa as the last girl standing after a tense recoupling.

Sharon was the second of the evening's celebs to receive a private dance, as a dancer in a suit seduced her, placing a rose in her mouth and dancing for her.

The man appeared to lean in for a snog with the star, using his teeth to take back the rose as he sat grinding on Sharon's lap.

Also to get a lap dance was Love Island's Anna, who was surrounded by five strippers who spread her legs and blew her kisses.

The star was flushed pink as one of the cast began thrusting in her face, before getting in the mood herself by standing up and twerking for the crowd.

Geordie Shore star Bethan Kershaw was seen throwing fake money in the air towards Anna as she shook her bum back and forth. 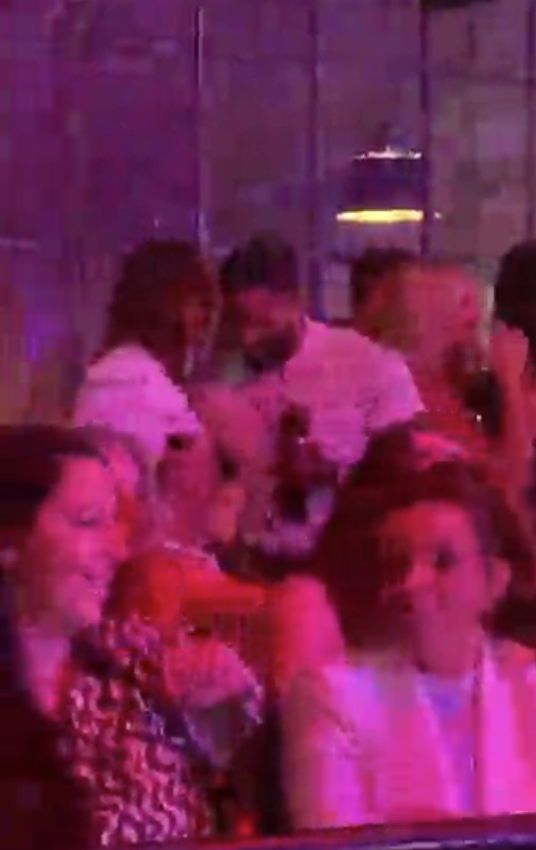 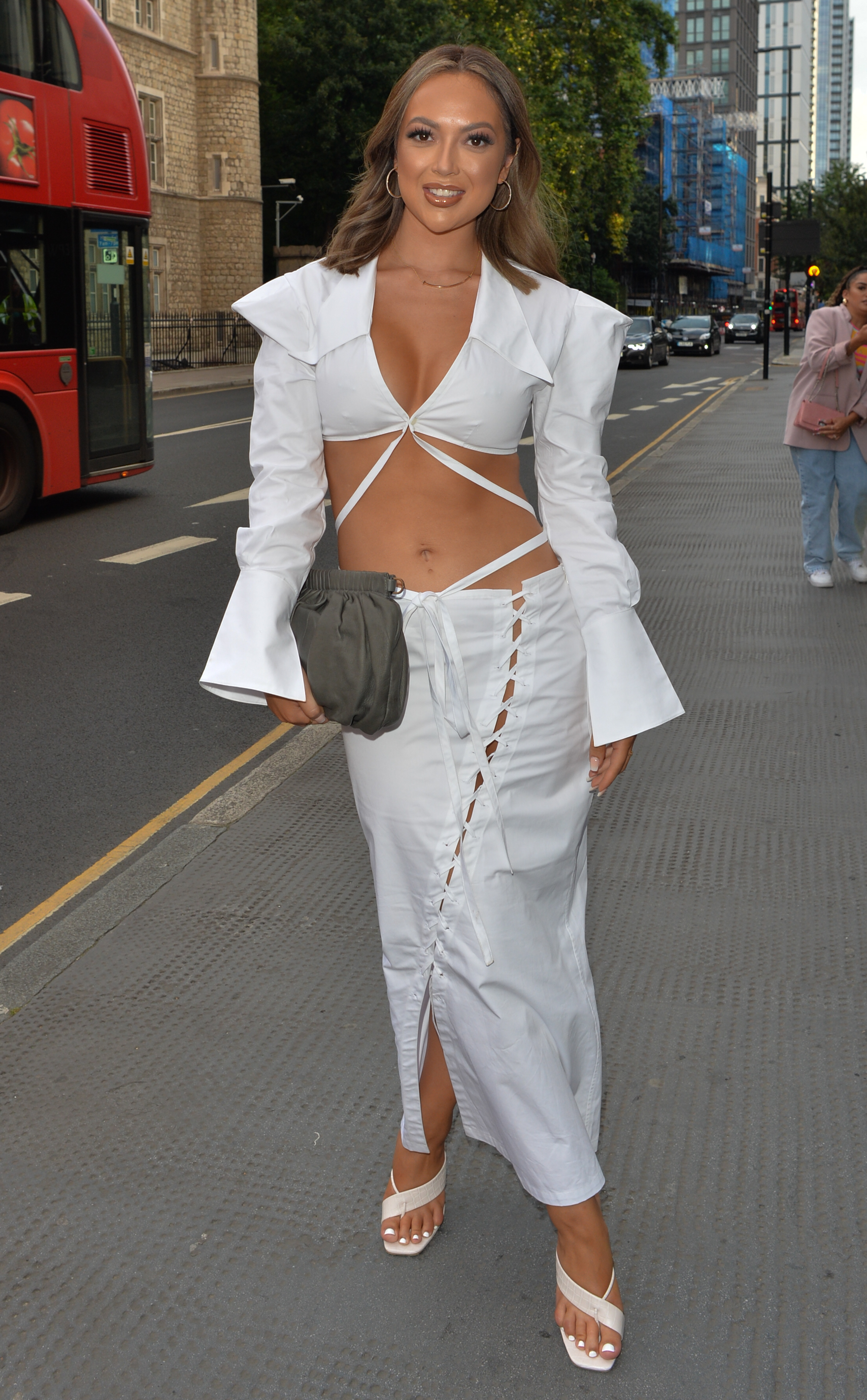 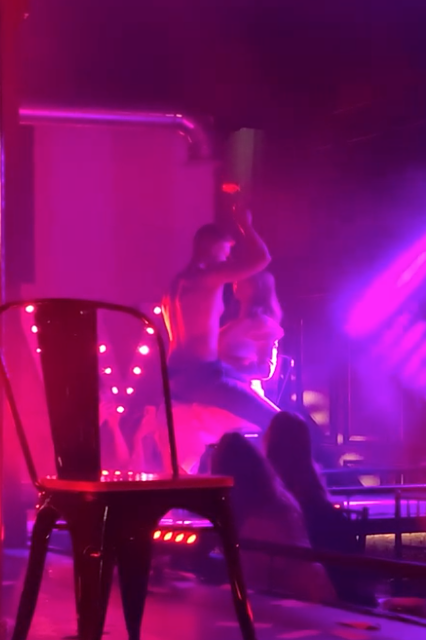