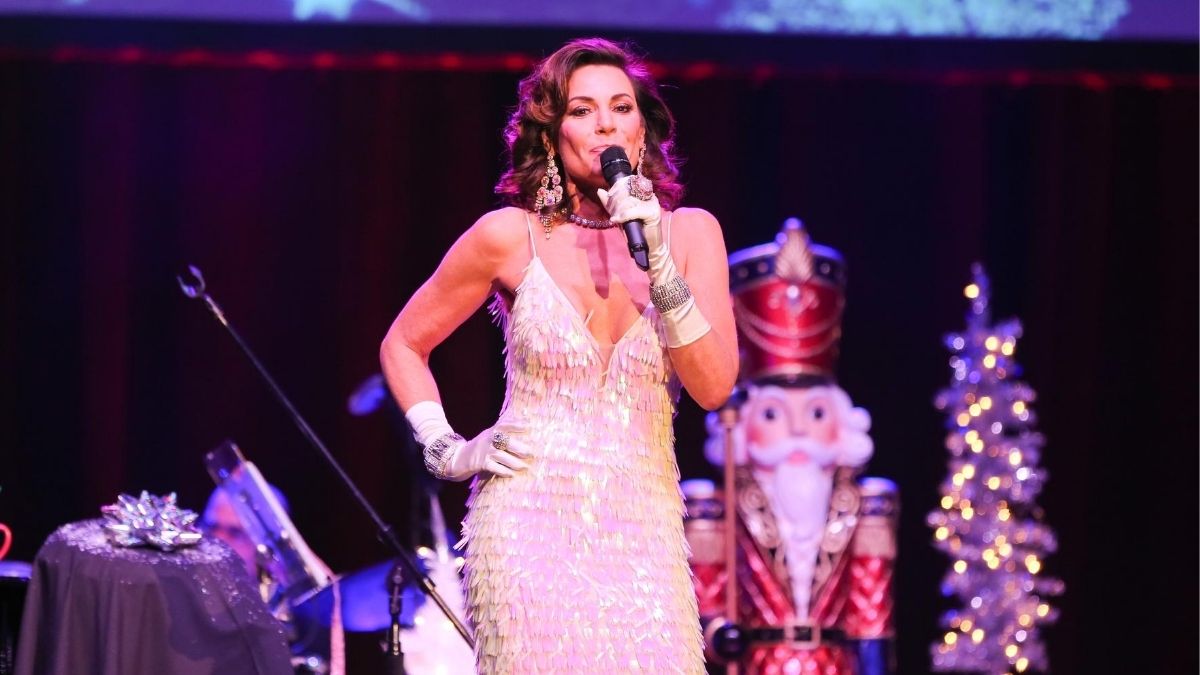 As a guest on SiriusXM’s The Michelle Collins Show this past Friday, Luann didn’t hold back stating, “I didn’t date Constantine, he’s been in my cabaret show.”

She continued, “He’s a great guy. Let’s just say that we had, like, a flirt. I wouldn’t say I dated Constantine.”

During a recent episode of the show, while the group was on a trip to Mexico, Luann showed fellow cast member, Ramona Singer, a photo of the season four American Idol alum. And although the photo was blurred to viewers at the time, it didn’t take fans long to conclude that the photo was indeed of the singer.

It was at that point in the show when Luann learned that she wasn’t the only housewife lady that Constantine had spent quality time with. Upon seeing the picture, Ramona was quick to point out that she had dated Constantine and “so has Tinsley.”

Luann recalled, “I was showing the girls a picture of Constantine on the show and that’s when I discovered that he had dated Tinsley.”

The cabaret headliner wrapped up her thoughts on the matter stating, “Anyways, he’s a great [guy]. I love Constantine. He’s a great singer and he is sexy.”

Shortly after the episode aired, Constantine spoke out about the rumors in an episode of the Behind the Velvet Rope with David Yontef podcast.

During the August 16 episode Constantine explained, “So, I didn’t really know what was happening and sure enough, I guess I got a million calls about it. A couple of people sent me the video and I was like, ‘oh, yeah. Okay. Yeah, they’re definitely talking about me!”

He spoke fondly of the former countess saying that the pair had “chemistry” during his time on her cabaret show Countess and Friends.

Were Constantine’s relationships with Tinsley Mortimer and Ramona Singer real?

The 44-year-old then opened up about his past with both Tinsley and Ramona where he claimed that his romance with Tinsley was genuine.

“Tinsley and I, like, legitimately went out many years ago during the height of Rock of Ages.”

The singer, who finished sixth on the fourth season of American Idol, then admitted that he ended their relationship when Tinsley referred to him as her boyfriend.

“She’s gonna hate me for saying this, but once she started calling me her boyfriend, I was like, ‘What?’ I don’t like titles, is that terrible?”

As for Ramona, Constantine wasn’t shy to speak her praises, calling her “fun.”

The Real Housewives of New York City airs Thursdays at 9/8c on Bravo.