We know Mark Wahlberg and Leonardo DiCaprio have worked together before, but for some reason, we just can’t see them being on each other’s radars.

The truth, in fact, is quite the contrary, as Mark Wahlberg recently admitted that the two kind of hated each other way back in the 1990s. Who knew, eh?

As well as starring in 2006’s The Departed together, Mark and Leo joined forces in the 1995 film The Basketball Diaries – something neither of them were happy about, apparently. 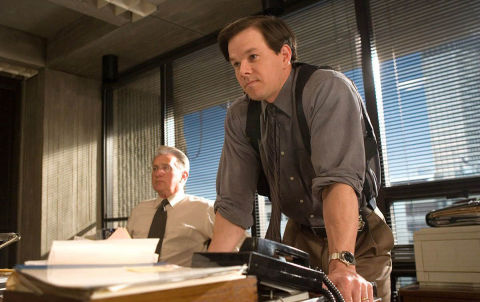 [Mark Wahlberg in The Departed]

Speaking to ExtraTV, Mark revealed that he would work with DiCaprio again, despite the shaky start to their friendship.

“I think we both had a specific opinion about each other, certainly… As a rapper, I was just kinda out-there and loud and crazy and all this stuff, and it was a very serious movie and this very serious part,” he explained.

“The director of the film [the late Scott Kalvert], he had made all my music videos [and] he felt like I was more than capable to play the part, but no one had seen me act in a film, so I had to really kinda just go out there and prove myself.”

In a slightly more sweary anecdote told during an interview a few years ago, Mark told The Hollywood Reporter exactly how Leo reacted to hearing about Mark’s potential involvement in the movie. 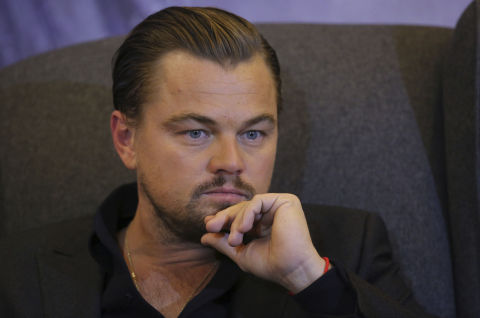 Fortunately all’s well that ends well, with Wahlberg adding that the two formed a bond during filming.

“He didn’t want me for the part, and I didn’t think he was right for the part,” Wahlberg said on Tuesday (July 31) during the 11th annual LEAP conference (via The Hollywood Reporter). “We both had to really learn how to respect each other, and we earned it.”

So, perhaps it’s only a matter of time before we see Mark crop up in a Tarantino project – or even a DiCaprio cameo in the Transformers-verse.