The cooking legend, 83, has headed off to Marrakech, Morroco, and Rome, Italy, for the series so far as well as attending musical festival Camp Bestival in Dorset where she investigates “festival foodies”. 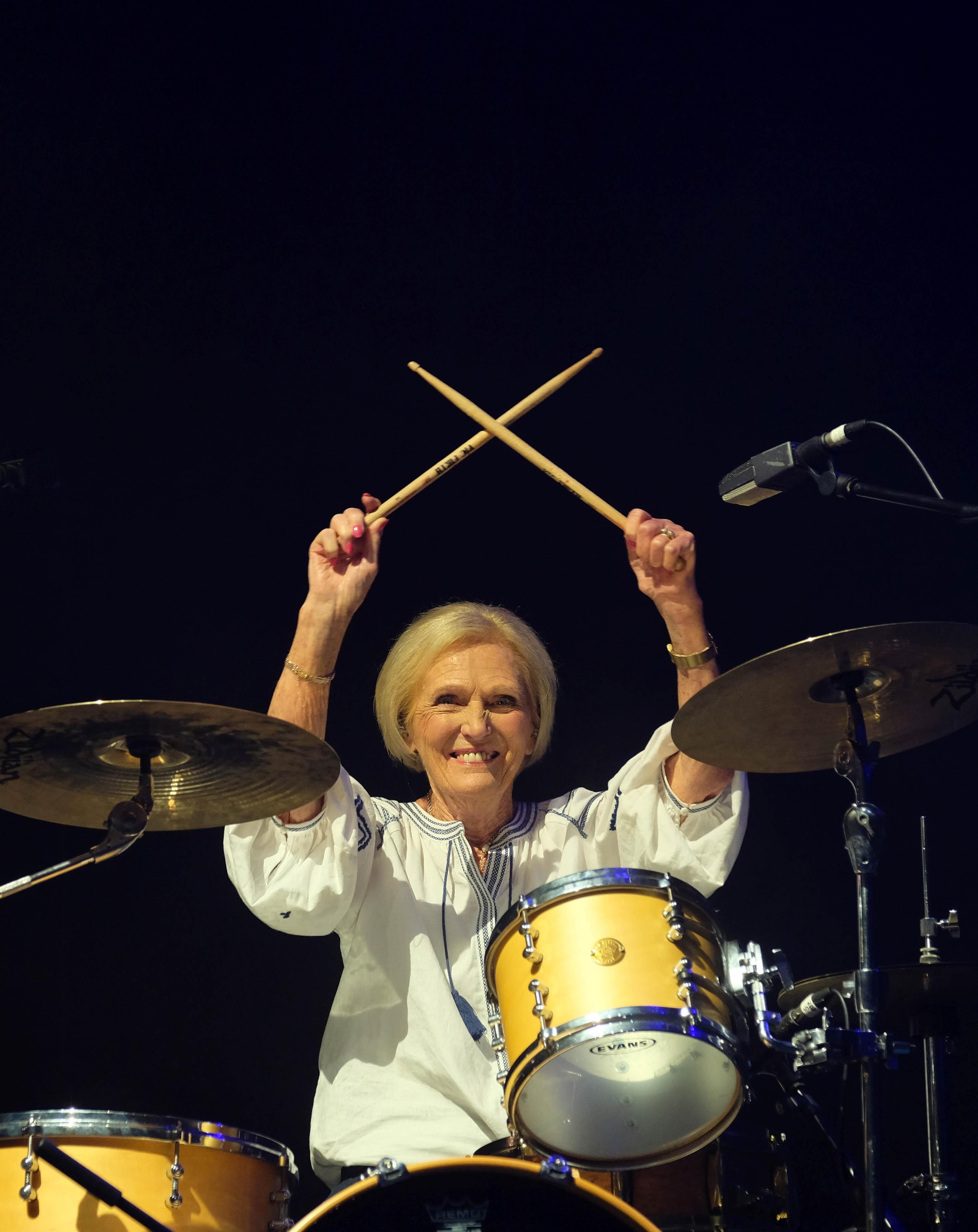 She has even learnt to play the drums for the programme and took to the stage to play with eighties pin-up Rick Astley, 52, on Friday night. A telly source said: “It’s Mary Berry as we’ve never seen her before and audiences are going to love every minute.

“She is a dream to work with and will pretty much say yes to all of the team’s wacky ideas. It’s refreshing to see such an established personality up for reinventing herself.”

Mary Berry’s Quick Cooking on BBC1 is expected to air next year. The show is Mary’s fifth solo BBC series since quitting the Great British Bake Off in 2016 when it moved to Channel 4 as part of a £75million deal. 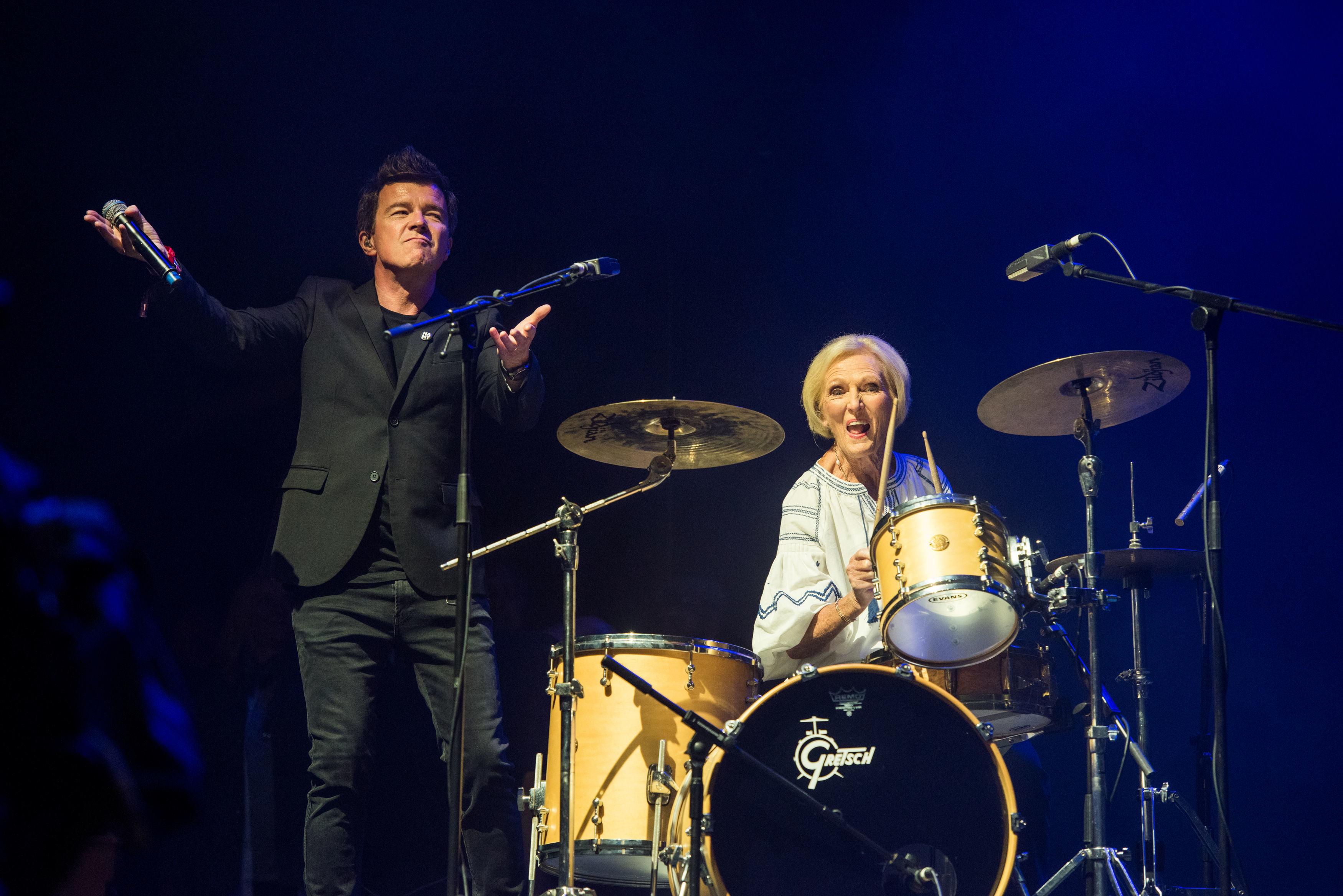 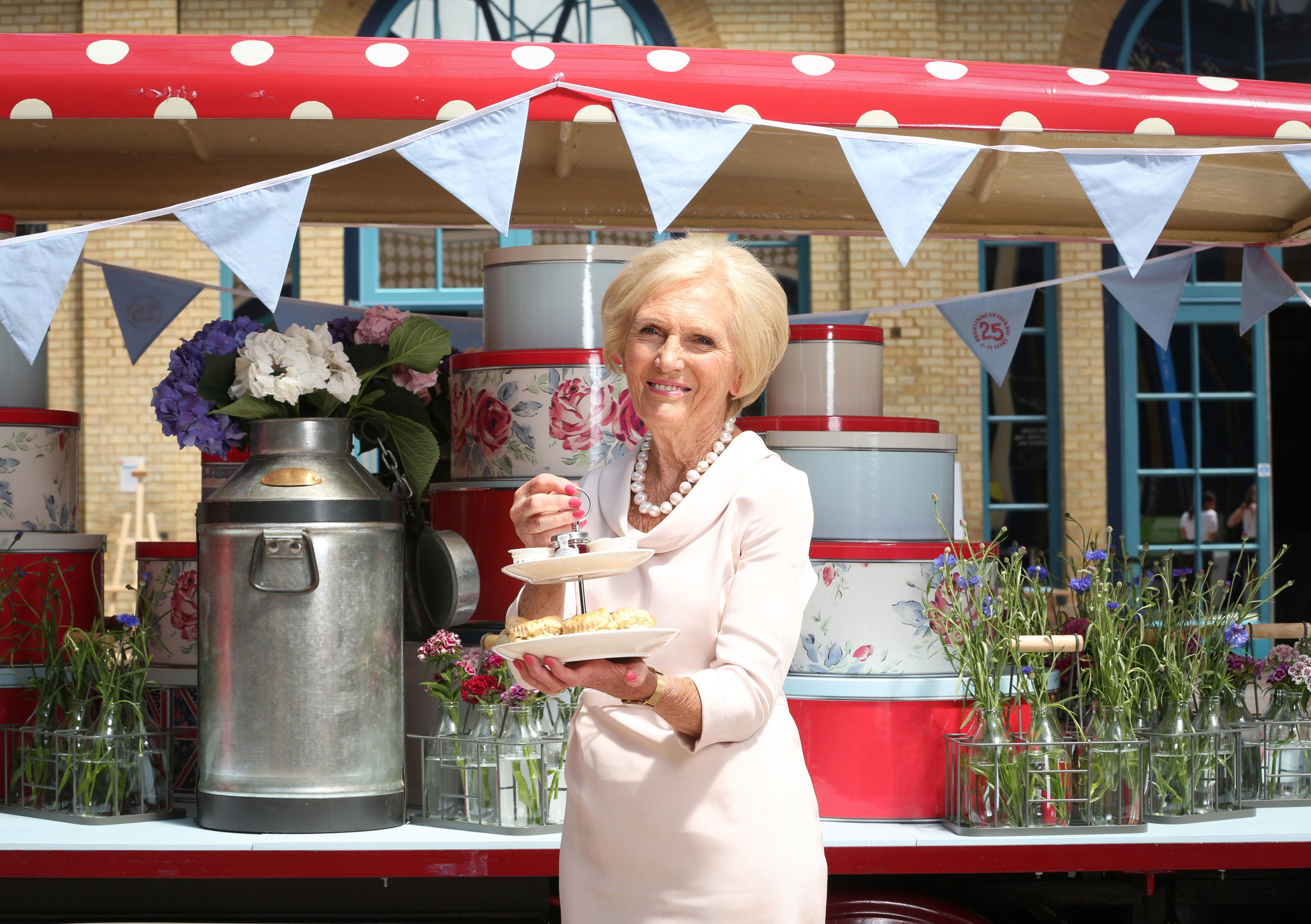 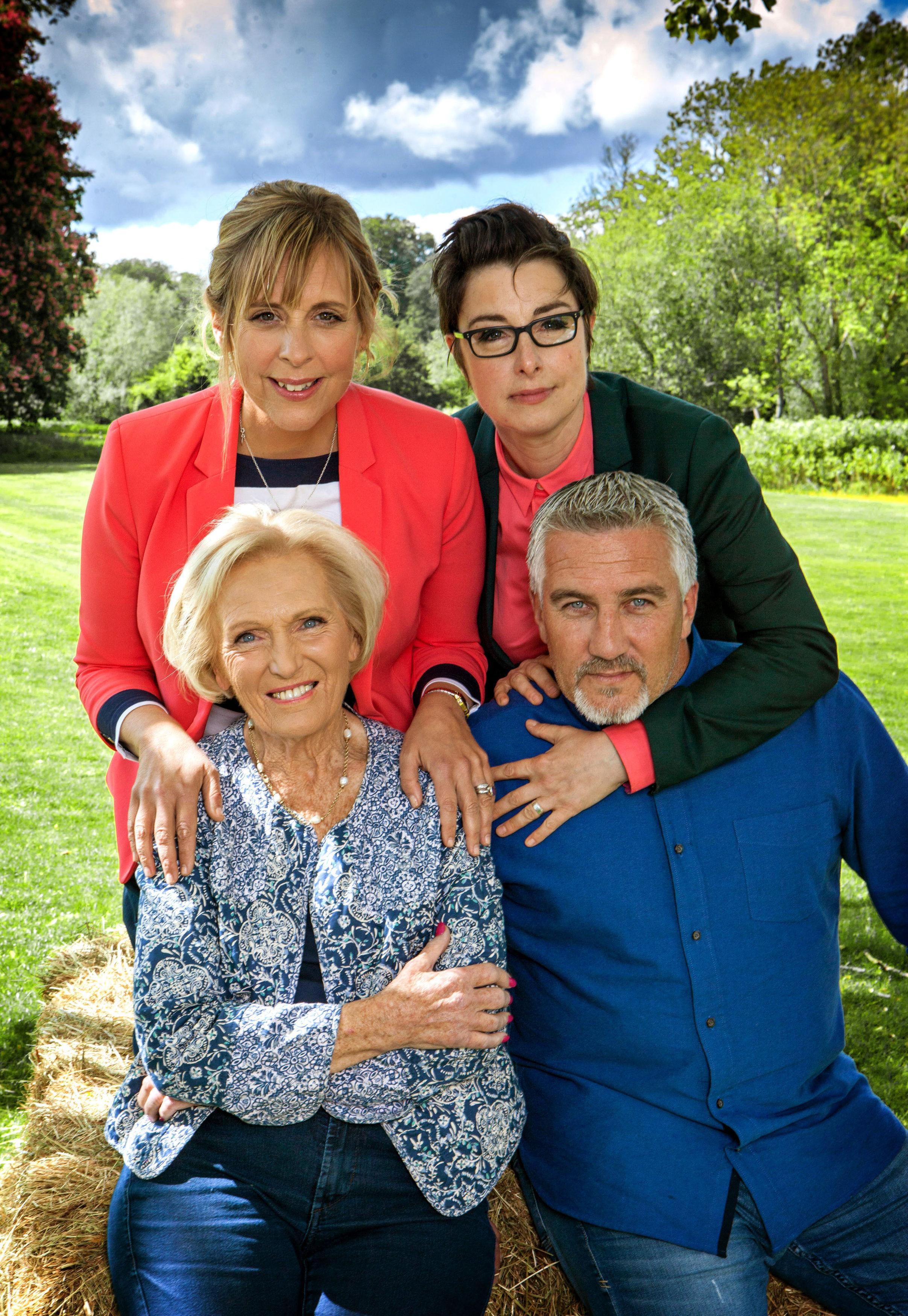 Speaking about her exit at the time, she said: “What a privilege and honour it has been to be part of seven years of magic in a tent – The Great British Bake Off.

“The Bake Off family – Paul, Mel and Sue have given me so much joy and laughter.

“My decision to stay with the BBC is out of loyalty to them, as they have nurtured me, and the show, that was a unique and brilliant format from day one. Farewell to soggy bottoms.”

Speaking about today’s new announcement, Mary said: “Being in a rush will never be a problem again.

“If you’re in a hurry and don’t want to spend hours in the kitchen I can show you a world of delicious, quick dishes to tempt any taste buds.”