The glamour girl scrapped an appearance at a club in Dunfermline only to make a free appearance with Wes at a rival venue a week later. 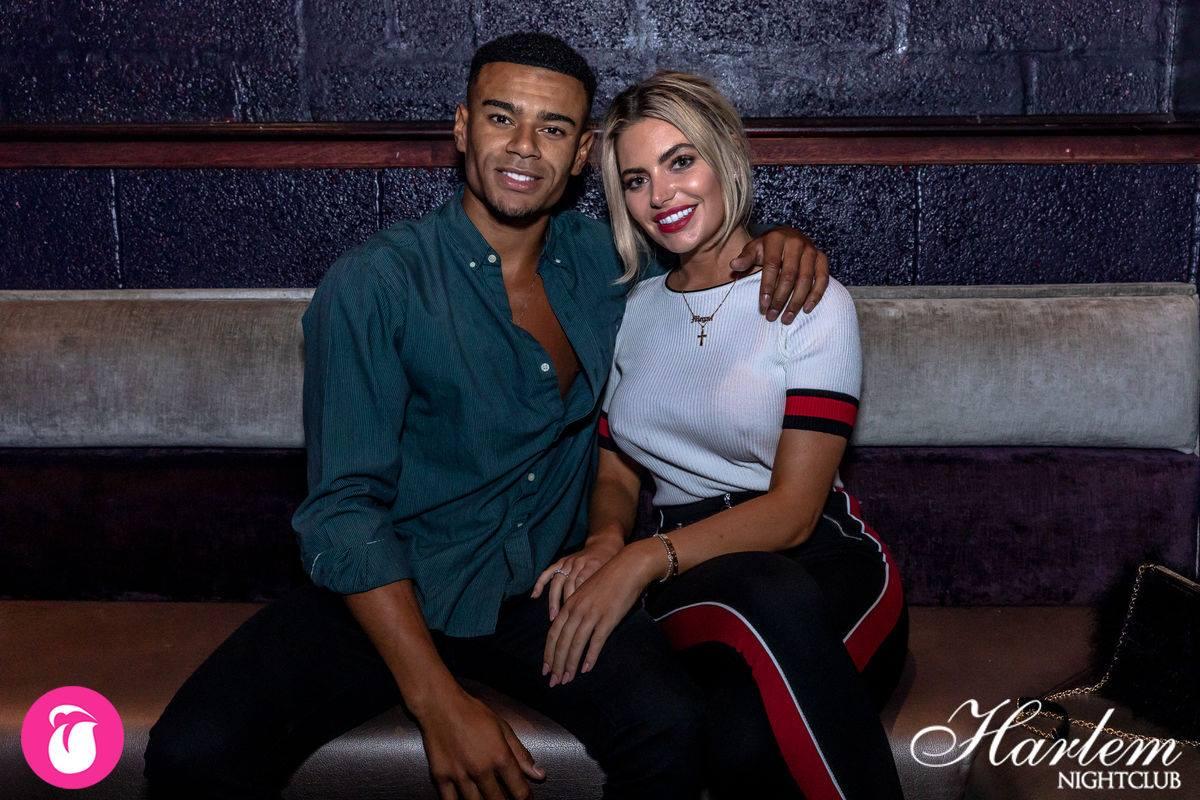 Megan, 24, had initially been booked to appear at Lourenzos in Dunfermline on Saturday 4th August, and the glamour girl got viciously slammed by rival club Harlem for signing up for the event.

However, just two weeks later she appeared at Harlem for free with Wes.

Wes was booked for a solo appearance at the club, and Megan went along with him. 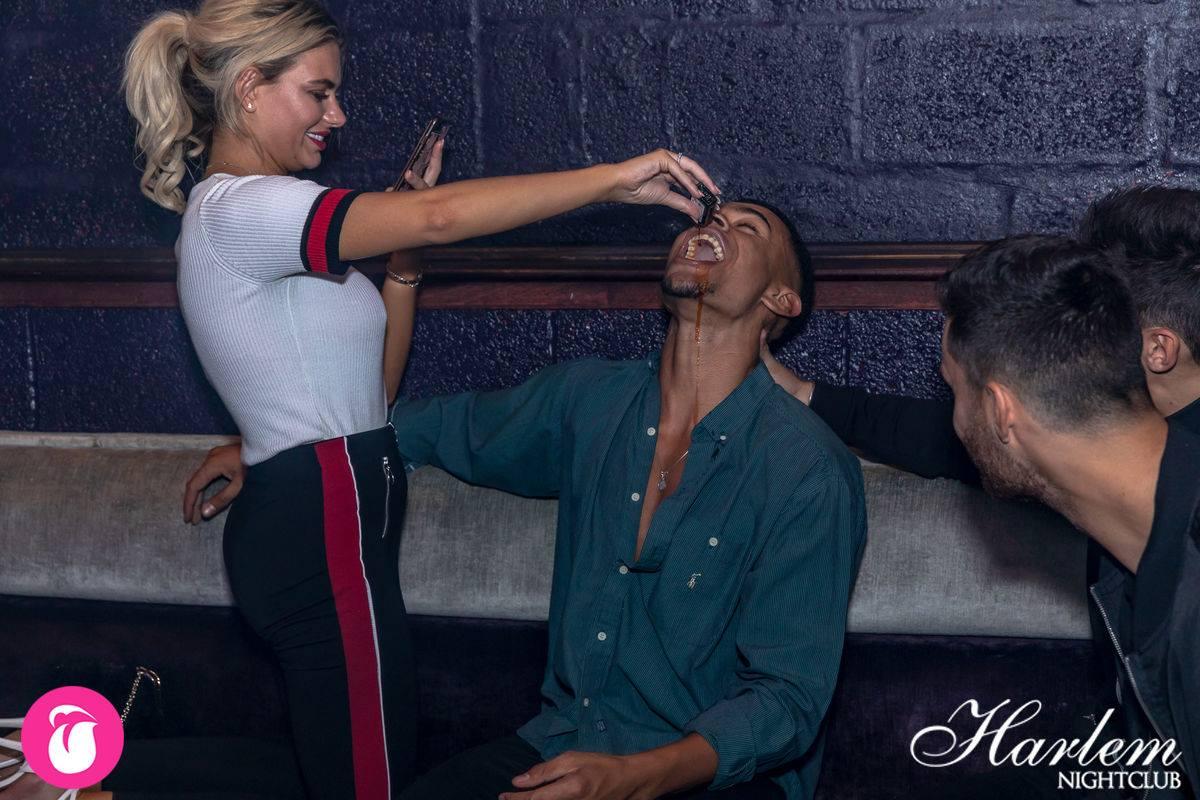 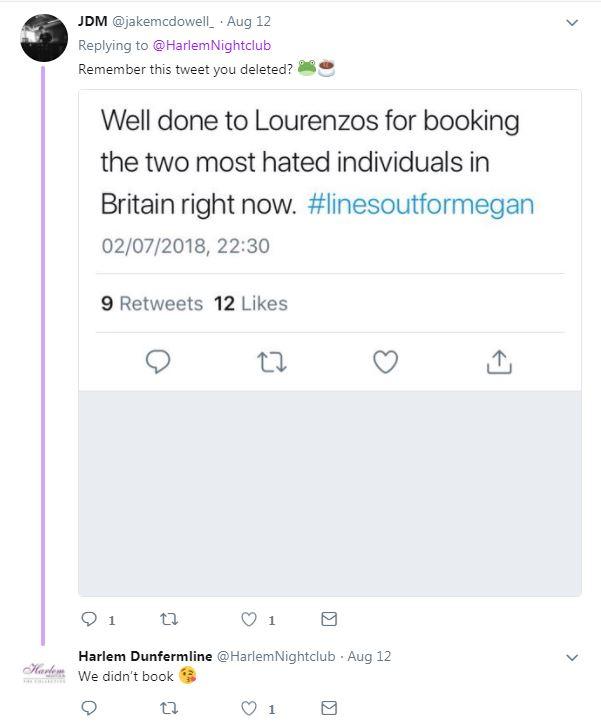 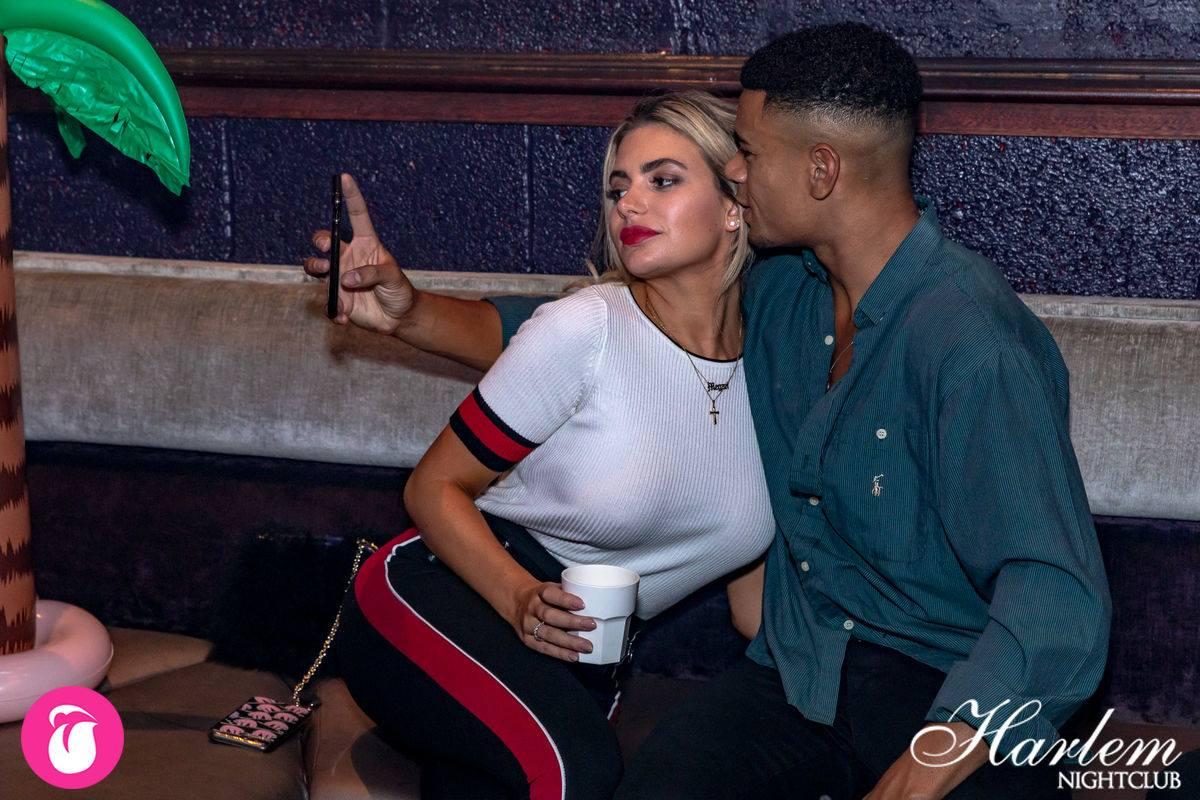 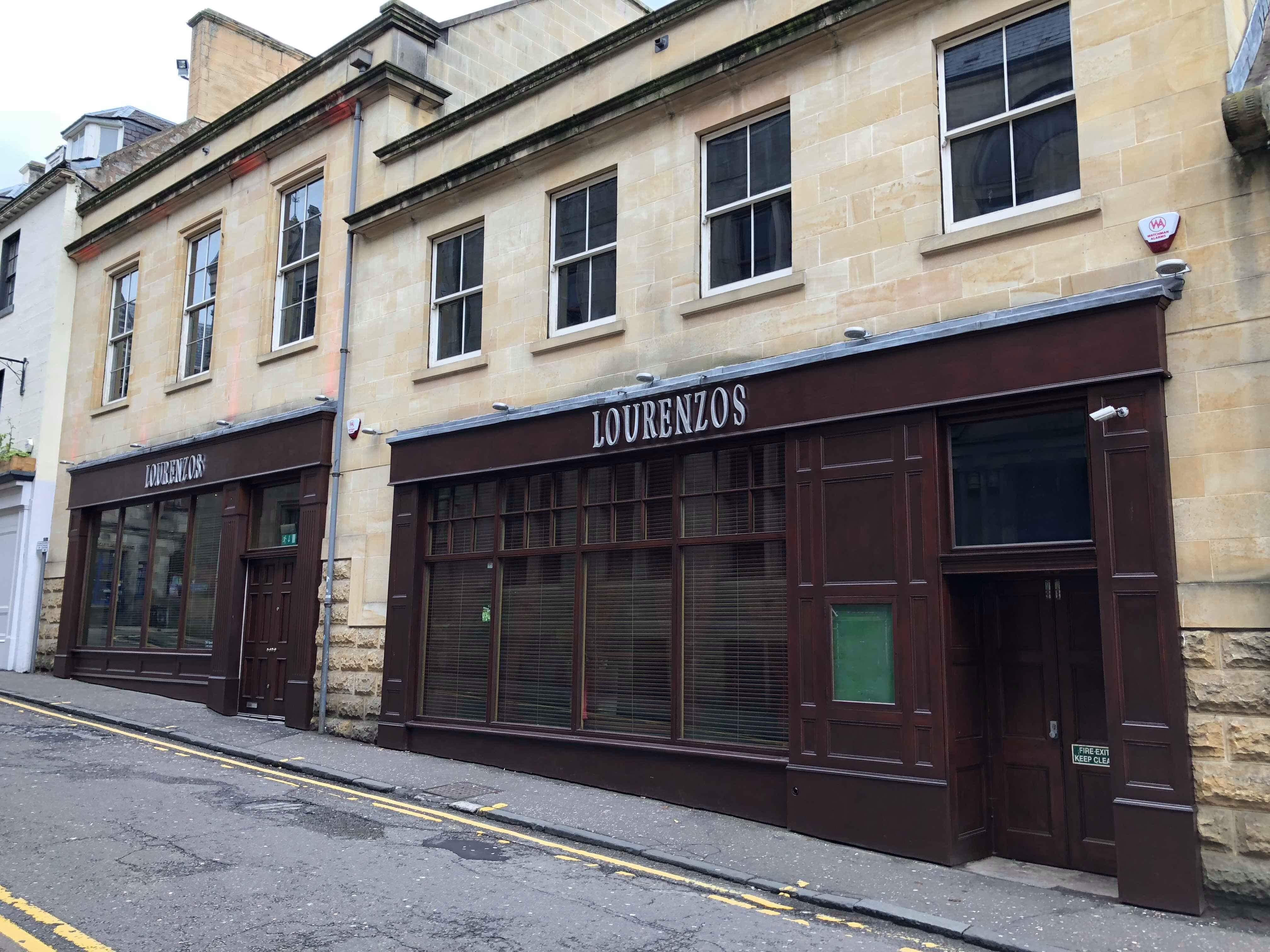 She was seen snapping selfies with fans at the venue and posing for official pictures.

Louzrenzos owner Craig Adamson told The Sun Online: "It was a real kick in the teeth that she was there [at Harlem].

"It was very disappointing… especially as they had just called [her and Wes] the most hated people in Britain."

When fans questioned why Harlem bosses slammed the couple weeks before inviting them to the club, a later tweet explained: "We didn't book." 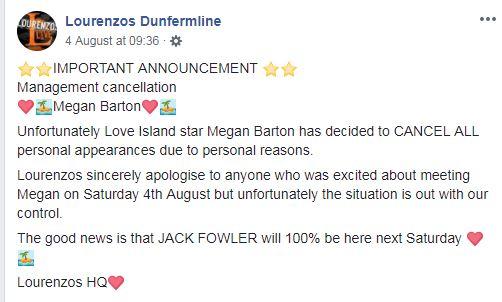 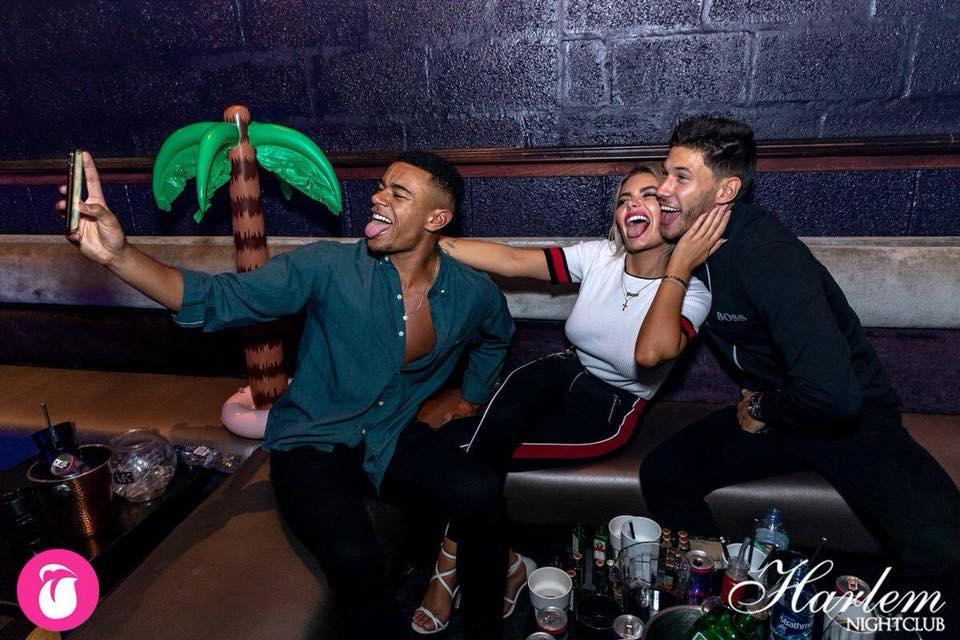 Megan, 24, initially booked a series of PAs across the country to make some quick cash following her stint in Love Island.

Her first event was at Lourenzos, but Megan called at the last minute citing "personal reasons".

She also called off the rest of her planned UK tour, losing her an estimated £300,000.

The same night she was supposed to be at Lourenzos in Scotland, she hit the town in London for a night out with her Love Island pal Samira Mighty. 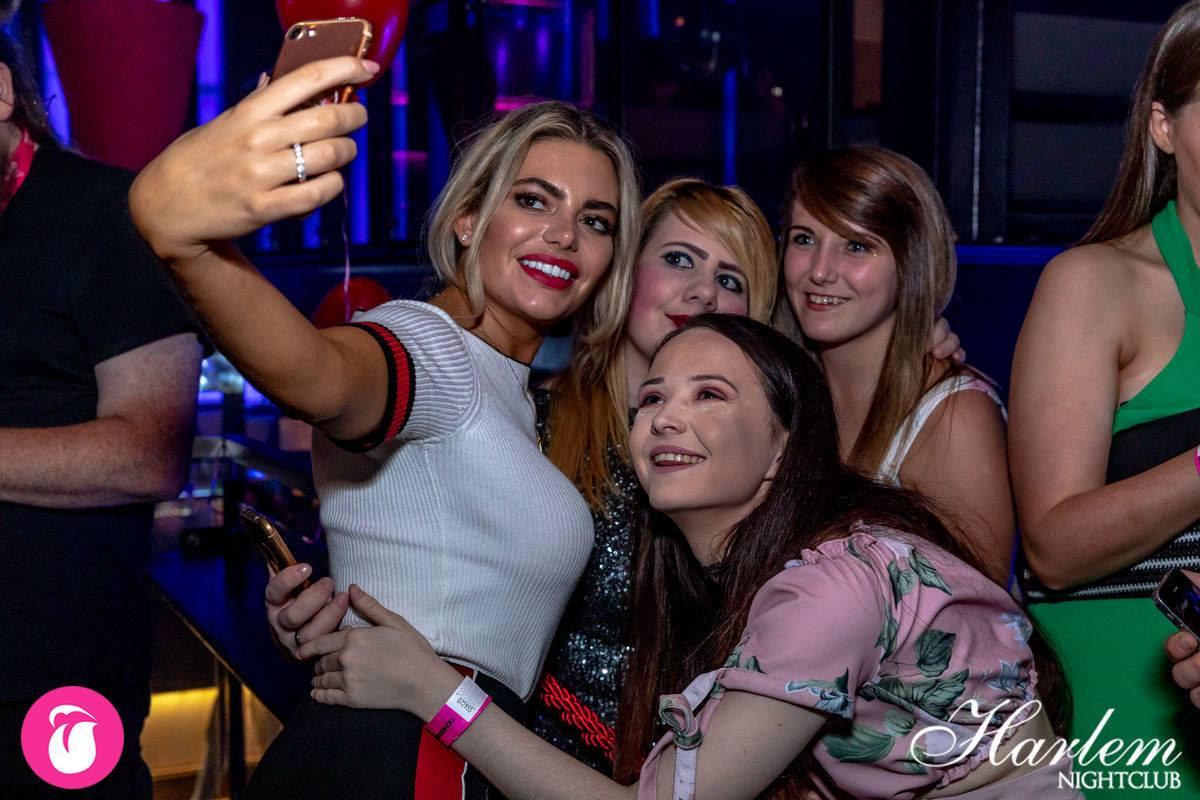 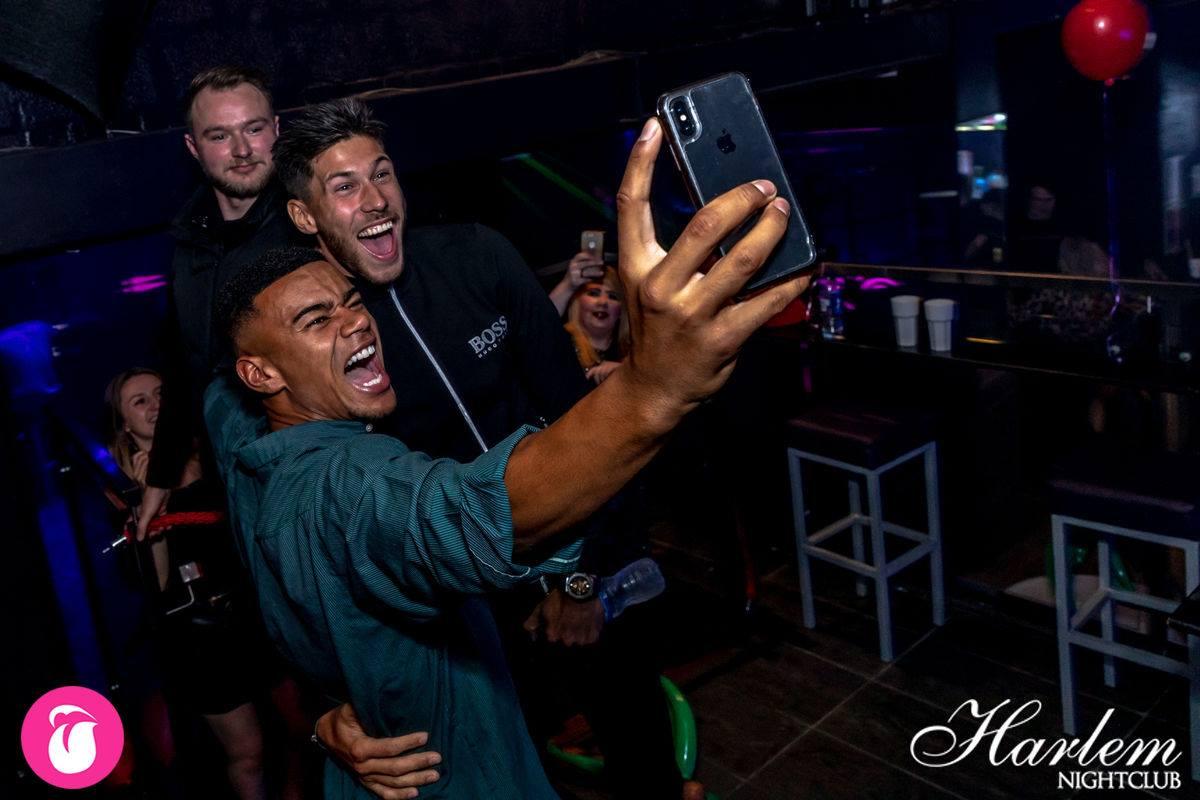 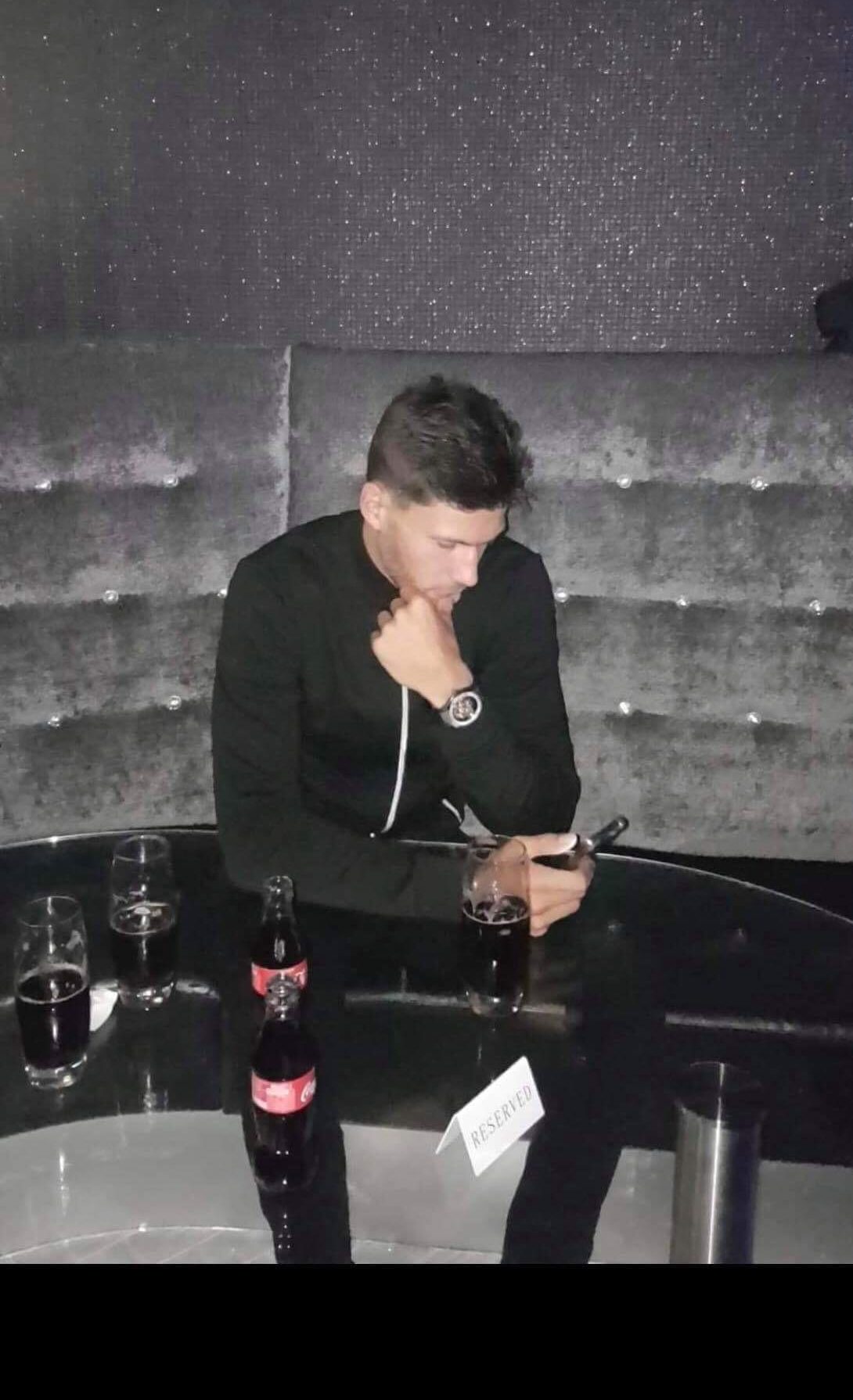 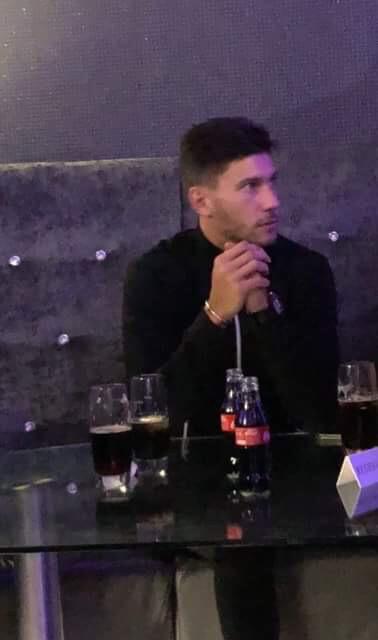 When Megan and Wes appeared at Harlem last weekend, they were joined by fellow Love Island star Jack Fowler.

He was seen partying with the couple and snapping pictures with fans – despite being booked to appear at rival club Lourenzos on the same night.

Lourenzos club boss Craig called him "lazy and rude", telling The Sun Online he's considering suing Jack over claims he stayed for just an hour before leaving to party with Megan and Wes at the other club.

He was also accused of refusing to snap selfies with fans and spending his time at Lourenzos sitting on his own, playing with his phone.