The ex-Spice Girl, 43, swapped her judge's seat for the stage during the talent competition's grand finale. 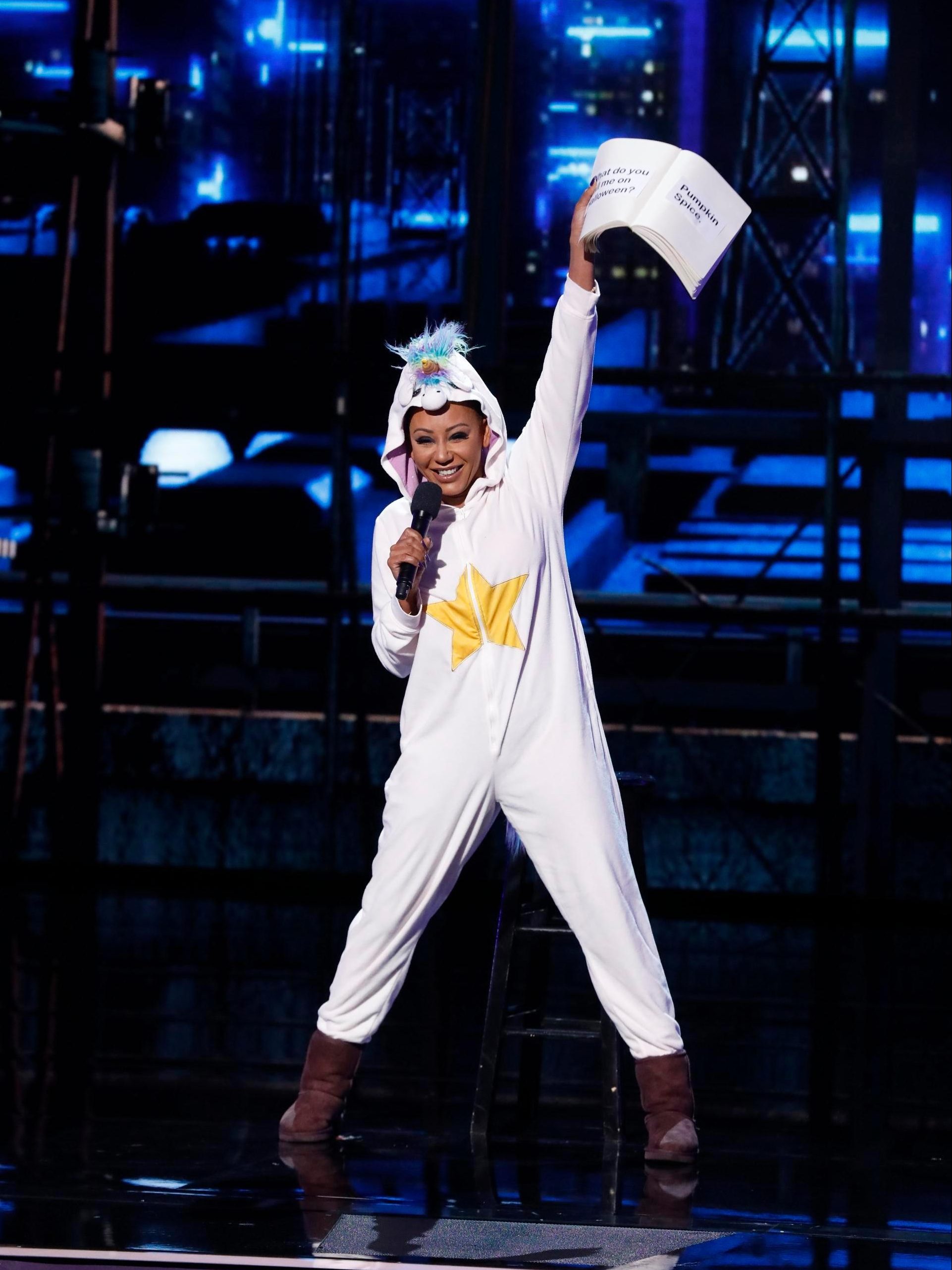 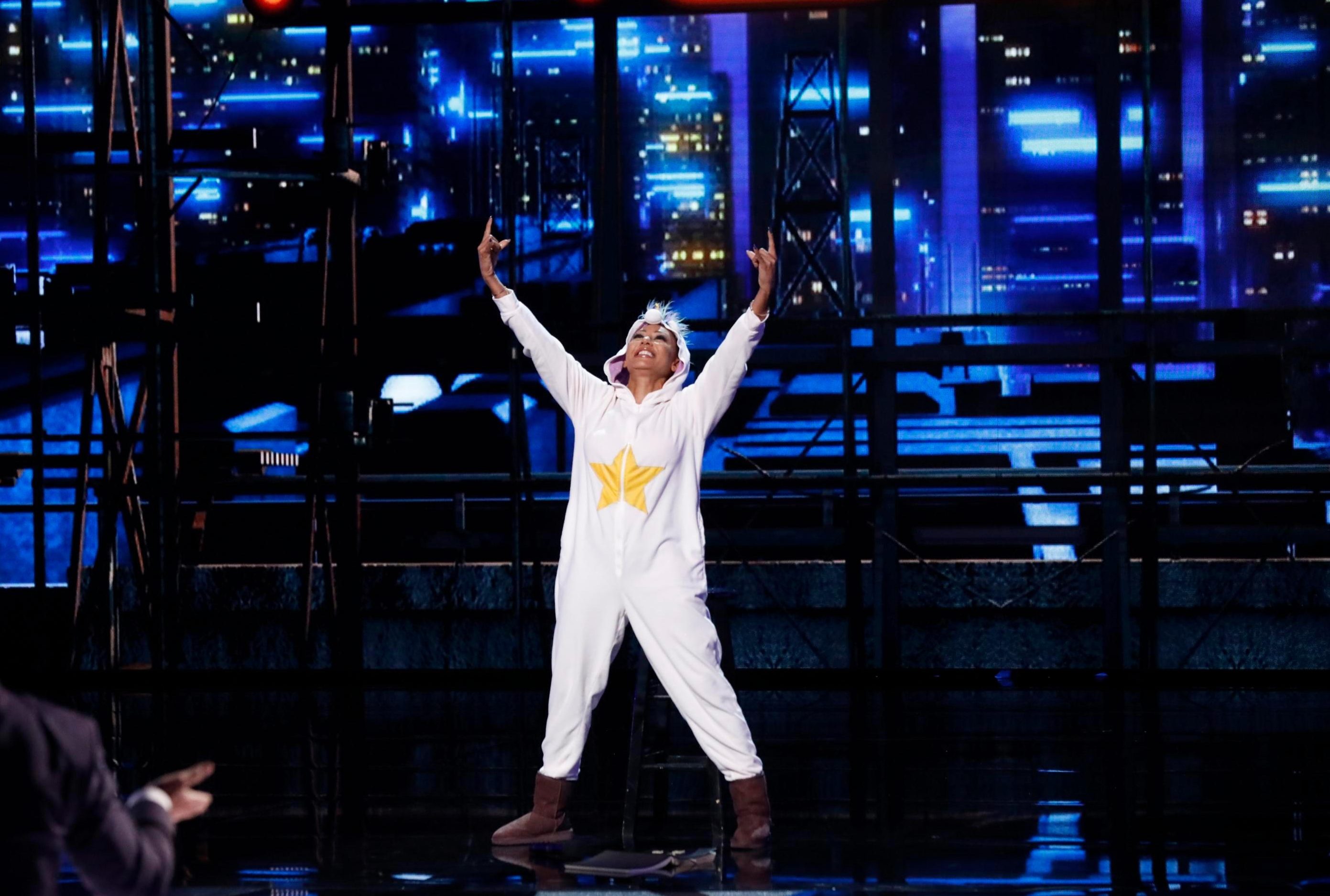 Fans of the show were left in hysterics by Mel's performance, with one writing on Twitter: "Mel B was actually pretty funny, [the] jokes were dorky but funny."

Another viewer added: "Seeing @OfficialMelB in a unicorn onesie reading jokes out of a book was really funny, but her laughing so much she could barely read the joke was even better. I’d vote for you Mel, good job."

Despite this approval, Mel's America's Got Talent co-star, Simon Cowell, was less than impressed by the move.

The father-of-one dubbed the routine "uncomfortable" and put his head in his hands as Mel told cheesy one-liners from a joke book. 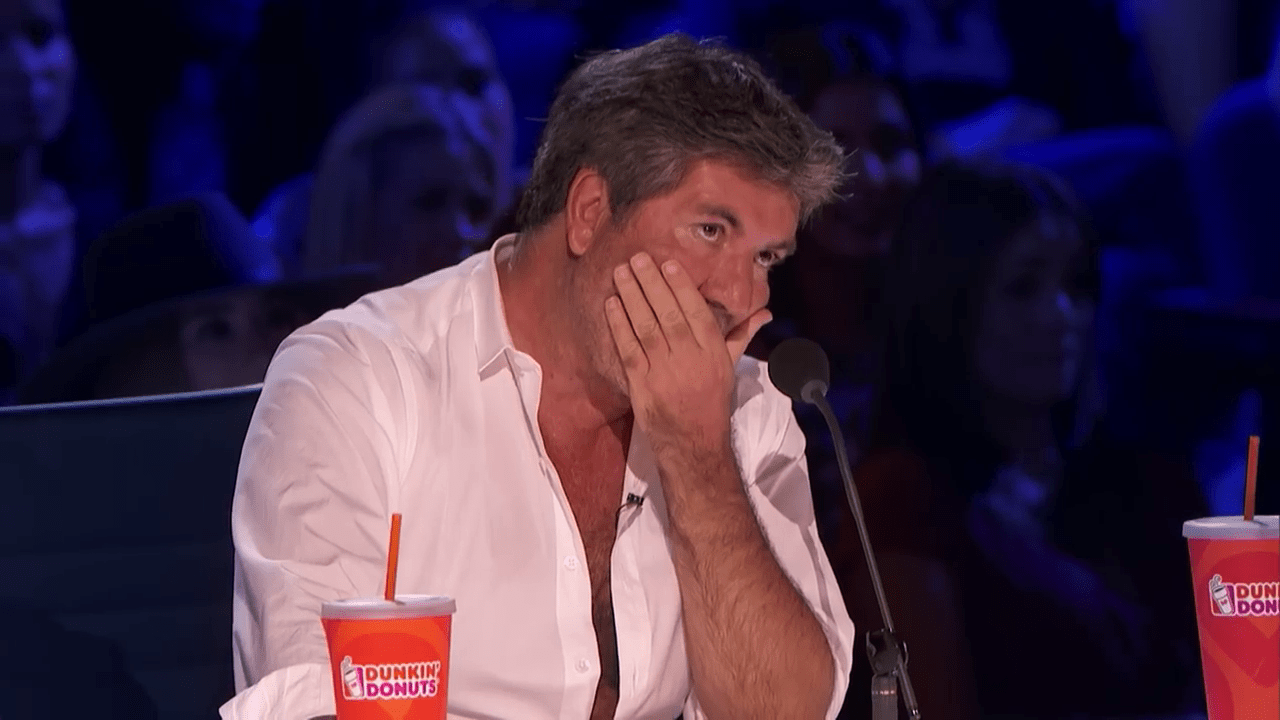 He eventually pressed his red buzzer to show that he was NOT impressed.

Mel's comedy routine was part of finalist Samuel Comroe's act, with the comic welcoming Mel onto the stage in his bid to win the $1 million prize and Las Vegas headline spot.

In a video trailer shown before Comroe's performance, Mel explained that she wanted to be "ridiculously funny."

Taking to the stage, Comroe added: "Mel and I have been in the back talking about stand up comedy. 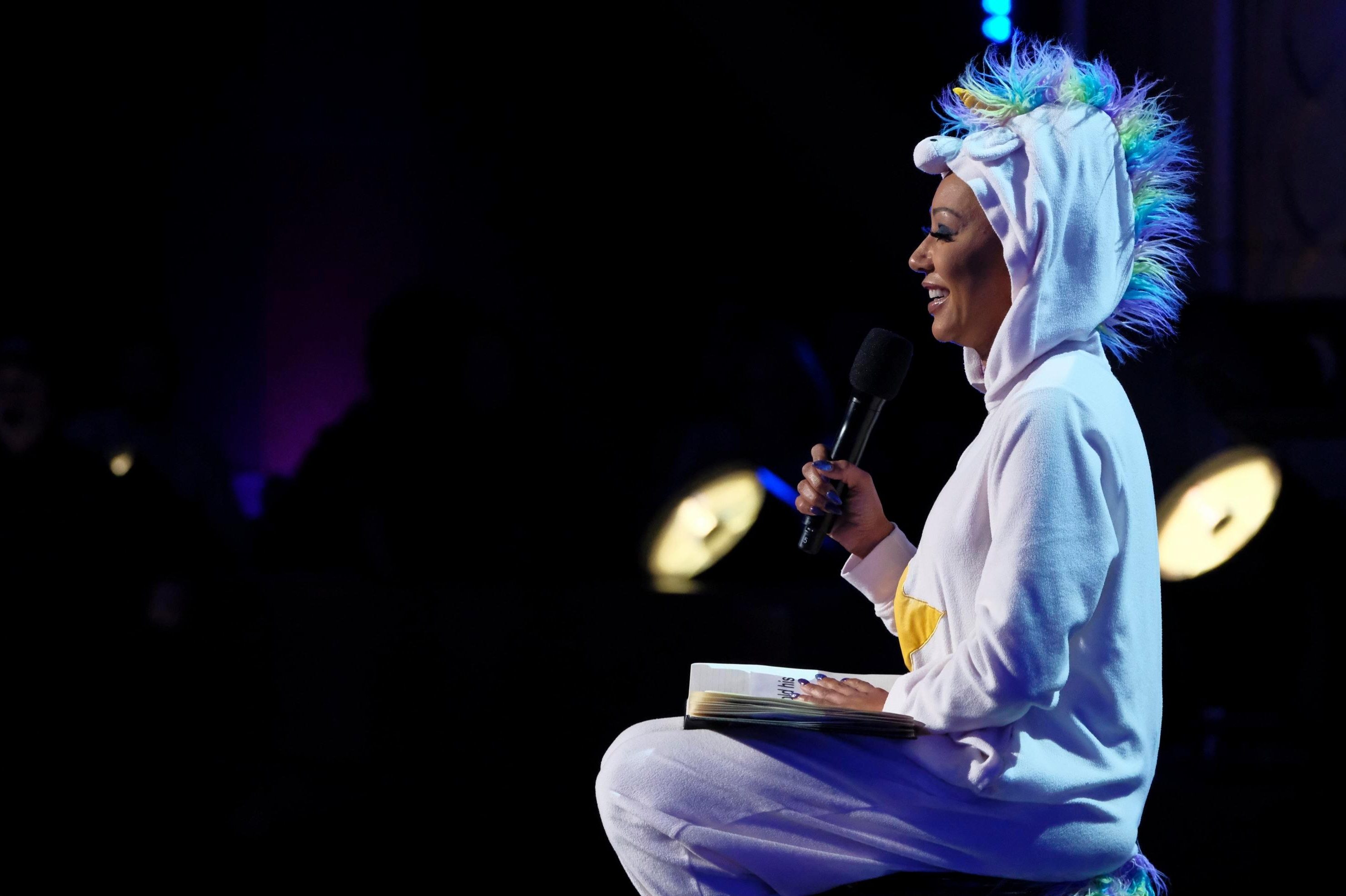 "I wanted to take this opportunity to let you come up here and do your set."

After a quick costume change into her unicorn onesie, Mel emerged in front of the audience as Spice Girls' hit Spice Up Your Life blared out.

The star ended her comedy set by poking fun at her career as a Spice Girl, she quipped: "What do you call me on Halloween? Pumpkin Spice!" 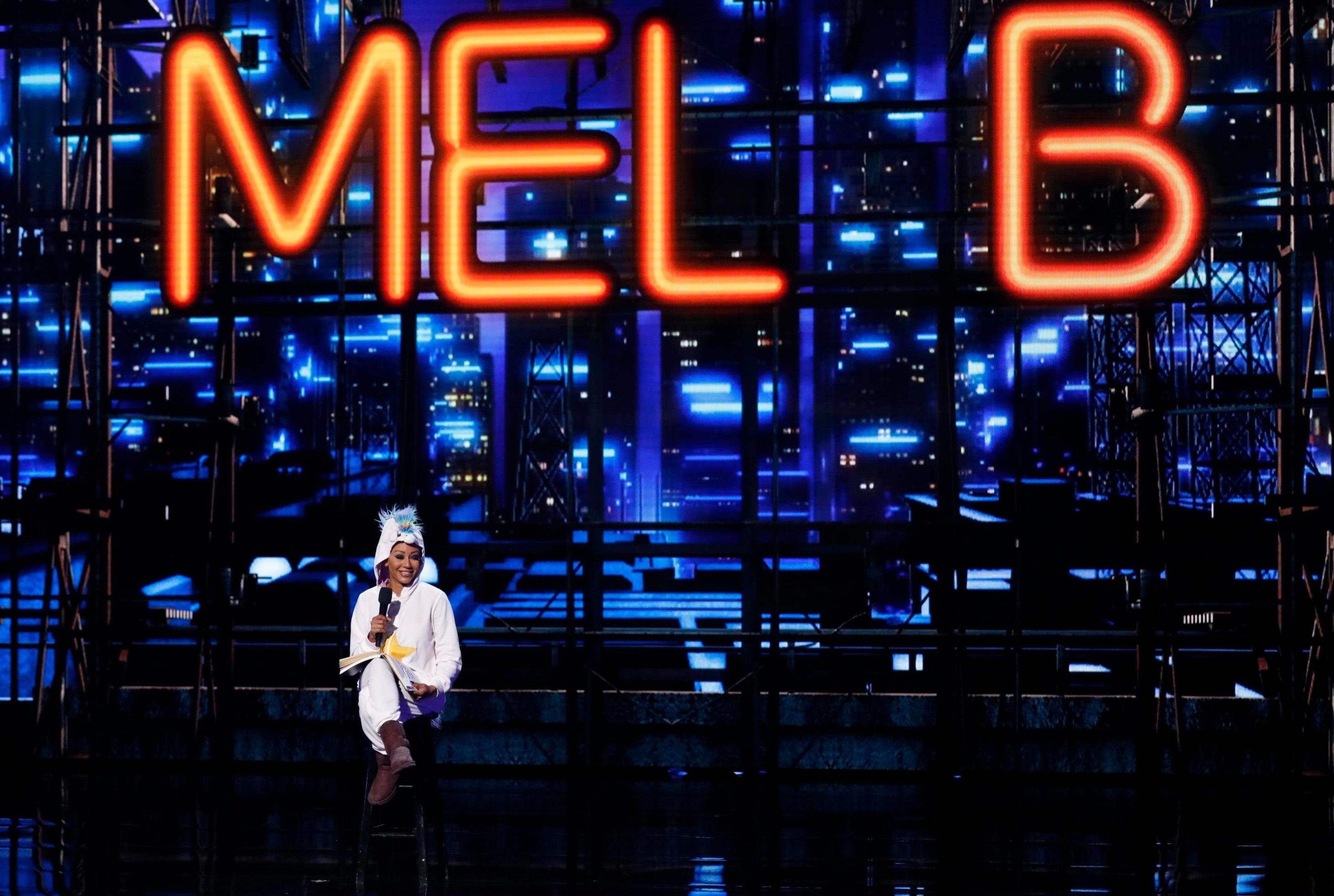 The crowed erupted into applause as Comroe whacked the Golden Buzzer in admiration.

Despite the positive reaction from viewers, Mel did not do enough to secure Comroe the top spot, with magician Shim Lin being crowned this season's winner. 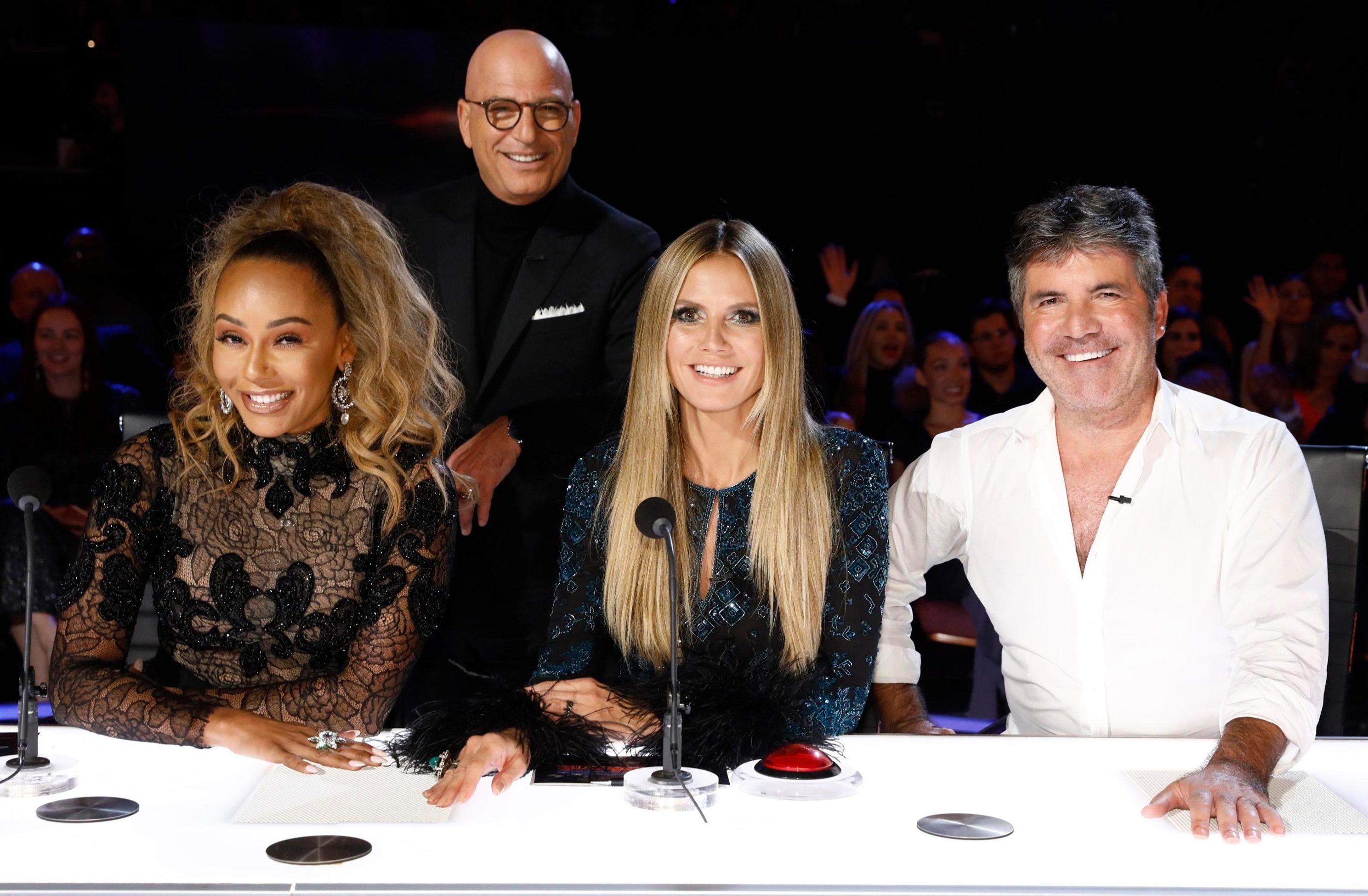 Although she was happy to take centre stage during the live show, Mel shunned the red carpet ahead of last night's finale.

The star, who has battled booze and sex addiction, opted out of appearing alongside her co-judges, Simon, Heidi Klum, and Howie, Mandel, and host Tyra Banks.