Chloe Zhao calls it her "prairie trilogy". First came Songs My Brothers Taught Me, about a Lakota girl's bond with her brother set on Pine Ridge, a Native American reservation notorious for its poverty and associated social problems of alcoholism and crime.

While she was working on that film, Zhao befriended a rodeo rider called Brady Jandreau, who plays Brady Blackburn, a version of himself, in The Rider, screening at this year's Melbourne International Film Festival. This is her second prairie film, recently described in the US as "the breakout film of the year". 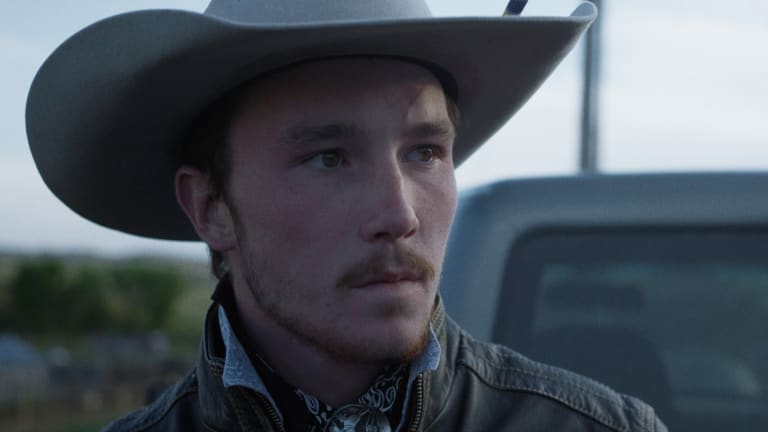 Zhao seems an unlikely director of cowboy movies. Born in Beijing, she was what she describes as "a wild child" who managed to get such bad grades that her parents sent her overseas to study: first to England to study political science, then to film school in the US. She estimates she had seen only three westerns before she took herself to Dakota, found Pine Ridge and told people she wanted to make a film there. Being a foreigner with heavily accented, sometimes impenetrable English didn't seem to stand in her way. 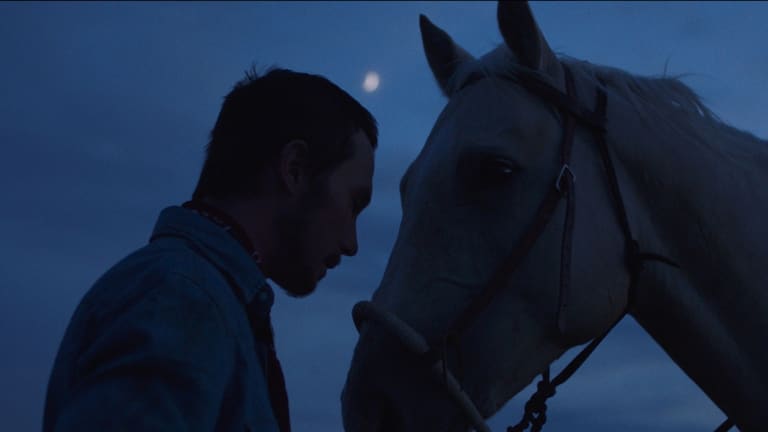 ”Rodeo has been my whole life,” says Brady Jandreau.

If anything, it seems to have helped her fit right in. "I don't really buy this idea of 'outsiders' and 'insiders'," she told Moviemaker magazine when the film first surfaced. "I always felt like an outsider when I was in China, when I was in my own family sometimes." Jandreau, by contrast, would never leave his land or his horses.

"I am interested in this thing I don't understand, which is that strong identification with the place you were born," Zhao says now. "I have drifted a lot in my life, so I think that is something I look for, somewhere to belong, when I make films. I feel more at home on Tim's ranch than anywhere else, really."

Tim Jandreau is Brady's father, who also plays his father – Wayne Blackburn – in the film. Brady's sister Lilly, who has learning difficulties, plays herself without any self-consciousness; she is a fountain of excited words in the midst of these taciturn men. The story they are telling is partly fictional, even though the story's genesis – a fall in a rodeo competition that leaves Brady with a large plate in his skull and unpredictable muscle spasms in one hand – really did happen.

Until he had his accident, Zhao's only firm idea was that this man could act. "I felt there was a star quality to him. There's a charisma to the way he speaks, the kinds of things he says, the way he was with the horses, how his face is on camera." 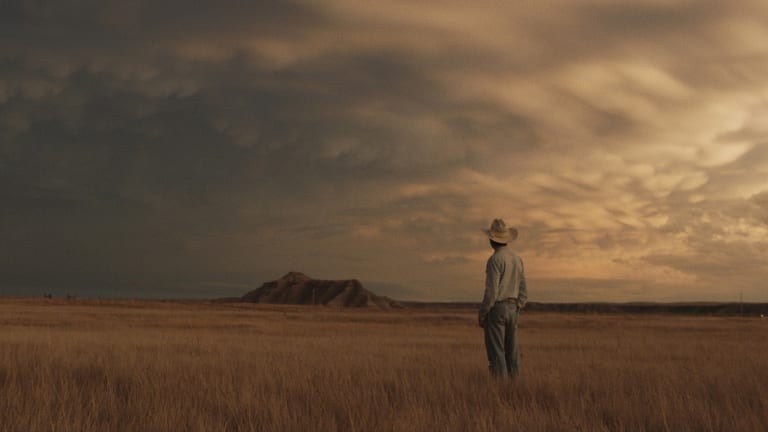 ”I am interested in this thing I don’t understand, which is that strong identification with the place you were born,” says The Rider director Chloe Zhao.

Viewers often assume that Zhao's two prairie films are documentaries or cinema verite: life caught as it happens. It is true that for some scenes, such as those involving the mercurial Lilly, she would simply film whatever they were doing and blend it into the narrative. "These authentic human interactions are what make this film stand up differently from other movies, so we definitely want to honour that," she says.

What she had already discovered on Songs My Brother Taught Me, however, was that people at Pine Ridge didn't want to be documentary subjects. Performing was easier; it was certainly easier for Brady Jandreau. "With a story that personal, it makes him feel safe in some way." That was fine with her; for Zhao, the line between documentary and fiction isn't important.

"I do think now that cinema has evolved a lot," she says. "Documentaries like An Act of Killing or a fiction film like The Rider, Tangerine, films like this have both truth and poetry. We need both of them in anything human; we may be starting from different sides but we find shades of grey in between."

For Jandreau, performance didn't even feel unfamiliar, given that he had been competing in rodeos all his life. "Basically whenever I did rodeo, there were a lot of eyes on me. And when you're selling and buying horses, you have to present yourself in a certain way."

I didn't even look like myself. So I must have did OK.

Just working with a horse is a sort of acting, he says. He thinks he did all right because when he looked at himself in scenes that weren't actually part of his life – such as a sequence where the fictional Brady is reduced to working at the local grocery store – he almost forgot it was him. "I didn't even look like myself. So I must have did OK."

Brady's late mother was also a horse-trainer – at one point in the film he says he learned what he knows from her – but the rodeo world and its virtues are masculine in a way that hearkens to another era. Once again, Zhao didn't feel that excluded her.

"I try not to look at things as 'about men' and 'about women' because I went to a women's college and I find that sometimes it's frustrating to talk about 'us against them'," she says. "I think it is obviously very important for us to tell stories about women and portray them differently from how they have been portrayed in cinema, but also hang with the boys, to show a side of them that is vulnerable and sensitive and still manly and a hero who can be celebrated. It is very important for feminism to reshape that as well."

In one crucial scene, the fictional Brady is driving and despairing about his future. The script required him to cry; Jandreau remembers that Zhao asked him to think about "the saddest thing I could remember". "I was like 'OK, there was an orphan colt, you know, like a baby horse, and I raised it on a bottle and it was my colt and when he was about a year old, he fell through the ice on the dam and froze to death."

Zhao cuts in. "He doesn't give himself enough credit," she says. "I think to be able to cry on screen and be very vulnerable, that's a quality Brady has. You know, when he's training the horse, I always find he's very maternal with them."

Rodeo riders, she says, are often proud of their injuries. When we meet in London, Jandreau shows us his scar and the part of his head underlaid with the plate and describes the fall in detail: the caught stirrup, the blow of the hoof, the eggshell skull on the brain. Far from boasting, he wants us to see how bad it was.

Even so, we know from the film that he is still training horses that have never been ridden – he shifts in his chair now, like a man keen to be back in the saddle – and we can see that he could never give up whispering into their twitching velvet ears, no matter what the doctors say.

"I got on my first sheep when I was three years old," he says, by way of explanation. "With my family, you know, my dad's dad rode bulls, then my dad rode bulls and then I rode bulls before I rode broncos. So rodeo has been my whole life."

He's only 22, but a life goes back a long way. What Zhao achieves, with some magical whispering of her own, is making us understand what that means. The last film in her prairie trilogy, she says, will be set in the past: an actual western. It should be a revelation.