For over 50 years, Frederick Wiseman has one of the preeminent chroniclers of American society, and he shows no sign of letting up. “Monrovia, Indiania,” his latest sprawling document of people and places in a single, contained setting, takes a breather from the institutional focus of Wiseman’s last few projects, including last year’s epic New York Public Library portrait “Ex Libris.” This time, Wiseman ventures into the heart of Trump country, exploring the small midwestern town of the title in an extraordinary collage of daily life.

More impressionistic than the searing intellectualism of his last work, “Monrovia, Indiania” at once demonstrates Wiseman’s formidable cinematic capabilities while posing a number of tantalizing questions about the community at its center. The movie wanders aplenty, with a slippery focus that makes the purpose of this freewheeling portrait somewhat challenging to assess. At the same time, it provides a welcome alternative to red-state caricatures by extending beyond overt political debate. This may be Trump country, but nobody talks about Trump.

Clocking in at two hours and 20 minutes, “Monrovia, Indiana” is also one of Wiseman’s mercifully shorter efforts (“Ex Libris” ran nearly 180 minutes), and the duration provides just enough time for Wiseman to sketch out a fully realized world. As the director — who, per usual, handles the bulk of the camera and editing work — explores this sleepy town of 1,063 people, he moves swiftly from one location to the next, creating a rich sense of place. From the tranquil, dusty farmlands dotted with tractors and pigs to rambling housing arguments at city council meetings, Wiseman takes up the very concept of middle America as a kind of poetic journey into the heartland.

But to what end? There’s a mystery to the purpose of “Monrovia, Indiana” that sits at the center of Wiseman’s roving technique, and it requires patient, engaged viewers to sort through the pieces. The filmmaker’s astonishing level of access allows him to capture virtually every facet of Monrovia life. The constant footage of harvesting and animal care underscores a fairly basic point about how much the rest of the country relies on the midwest for resources, but the movie’s perspective extends much further as Wiseman assembles a series of unique encounters.

One highlight: a comical Freemasons ceremony, where the costumes and spears take on a tribalistic quality. The scene grows more disturbing as it becomes clear just how seriously the subjects take their history. Elsewhere, on a sprawling farm, squealing pigs are herded into a musty double-decker bus, where a young girl helps her father pack up the creatures as if loading up Noah’s ark. We witness weddings, funerals, and auctions, with Wiseman’s unhurried pace drawing attention to the minutiae of each scene — how much the cycle of life continues apace in “Monrovia,” where the middle-class population may not be rolling in dough but has obtained a degree of comfort all the same. 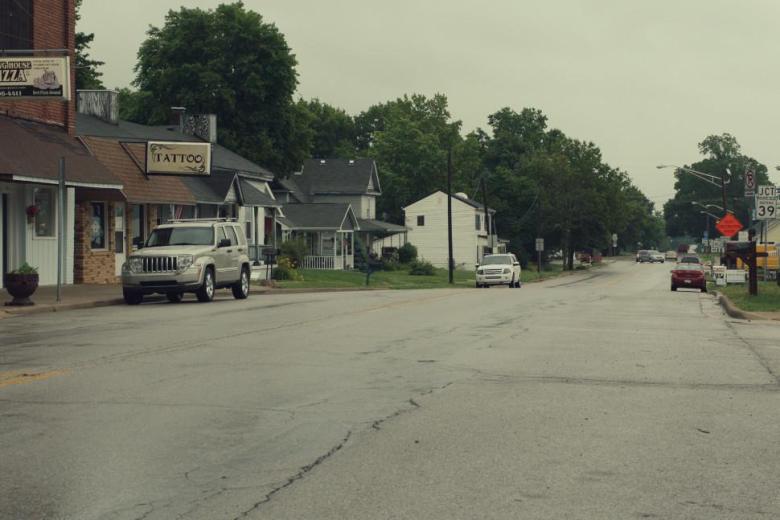 However, the core of the movie lies in those city council meetings. In “Ex Libris,” Wiseman used the passionate library board meetings to provide a foundation for explaining the struggle to maintain the insititution’s purpose; similarly, in “Monrovia, Indiana,” the housing committee reveals some of the town’s deep-seated anxieties about the future. In this case, however, the conversations are more notable for everything that goes unsaid. Not a single black face appears in “Monrovia, Indiana” (though census figures suggest at least 1 percent of the residents are African American), and it’s instructive to hear a set of white voices argue about pressure to expand the number of homes in Monrovia, potentially allowing a more diverse community to move in. The residents frame their anxieties around broader concerns about the disruption of their insular environment, but a blatant exclusionary attitude remains.

Similar to Margaret Brown’s “The Order of Myths,” which portrays segregated Mardi Gras celebrations without calling them out, Wiseman captures the extent to which racial and xenophobic attitudes tend to hover in an unconscious or unspeakable state (at least when the camera’s in the room), and this implication brings a welcome contrast to the tribalistic lunacy of Trump rallies that has become the dominant media narrative. The disconnect between America’s cities and the rest of the country is much more subtle, and therefore more challenging to assess, but that exactly the sort of challenge at which Wiseman excels.

Regardless of the movie’s elusive agenda, “Monrovia, Indiana” is an immersive wonder, thanks to Wiseman’s masterful ability to assemble images that lead from one painterly visual to the next. From lush green fields and golden bales of hay, he cuts to a montage of square white houses indistinguishable from one another, arranging each element with the delicacy of a Norman Rockwell composition.

Wiseman’s uncompromising approach occasionally leads down some curious pathways. A lengthy visit to the veterinarian’s office, where he records the bloody amputation of a Great Dane’s tail in grisly detail, has questionable purpose, and some of the ceremonies drag on for minutes on end, lacking emotional clarity.

But Wiseman has obviously little interest in developing his subjects. Instead, he situates them at the center of a never-ending cycle, and when he arrives at a graveyard where tombstones sit in silence, the underlying conceit comes into focus at last: No matter the anxieties about where they’re heading in life, everyone in Monrovia winds up in the same place.