On Friday evening, Monty Don was back with a new episode of Gardeners’ World following last week’s scheduling shake-up after the death of Prince Philip. And Monty returned with his usual long list of helpful tips when it came to making the most out of gardens as summertime fast approaches. However, when Monty attempted to give BBC Two viewers an insight into planting their own carrot and parsnip seeds, pet pooch Patti soon became the centre of attention.

The moment came as Monty got to grips raking over the soil on one of the beds he has situated in his garden.

“In this bed,” he began. “I am sowing members of the carrot family.”

The Gardeners’ World host then told viewers why he was lightly raking over the soil to prevent any clogs or stones which could prevent the vegetables from growing.

Soon after, Monty got on his knees to began popping parsnips seeds into the bed in the hopes the soil would be warm enough for seedlings to grow. 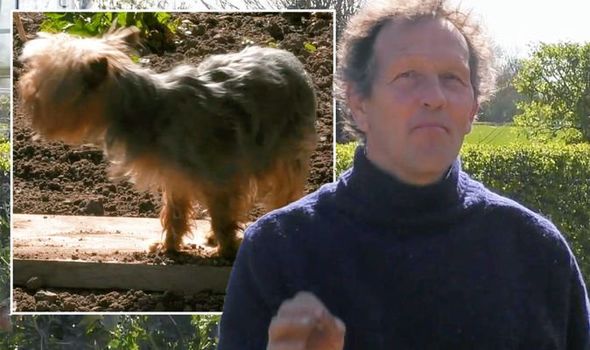 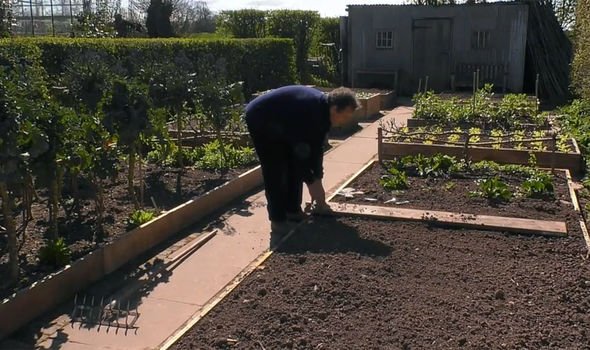 Due to the length of time it takes parsnips to germinate, Monty gave BBC viewers a top tip as he revealed radishes could be sown in the same condition and would grow faster.

Monty then used a long plank of wood to measure out the rows on the bed in which he could plant the seeds to avoid any overlapping.

However, as he did so and stood back to gather more seeds, Patti fancied a sit-down.

And where was the Yorkshire terrier going to sit rather than right on top of the board Monty had just used to measure out his bed. 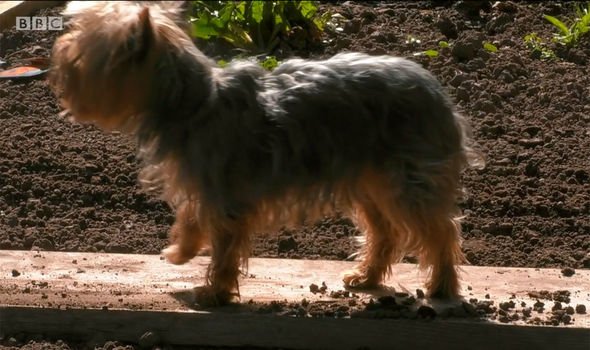 “Right, Patti,” Monty said as he tried to move his dog away from the demonstration.

“You’re going to have to move,” he added, but Patti was rather reluctant to budge.

“We’re gonna sow some carrots now,” Monty added as Patti got to her feet.

And finally encouraging her to make way, Monty said: “Come on, off you get.”

At this point, Patti had had enough time stealing the spotlight and scurried off to let Monty continue.

With Patti off relaxing elsewhere, Monty got to work planting the carrots to go alongside the radishes and parsnips from earlier.

However, the adorable moment didn’t go unnoticed by several fans who weighed in at home.

“Gardening, Monty Don and dogs what more could you want #GardenersWorld,” a second added.

And a fourth simply summed up the show: “Nothing like a bit of Monty Don on a Friday evening. #GardenersWorld.”