Mrs Brown’s Boys is a Christmas Day staple and Brendan O’Carroll resumes his role as the hilarious matriarch Agnes alongside his troublesome family. Ahead of the festive special, The One Show gave fans of the BBC comedy a chance to quiz Brendon as he revealed the “terrifying” scene that appears each year.

“And there’s one group of fans in particular who can’t wait to see it.”

Explaining how the Christmas and New Year’s specials were made, Brendan said: “We’re in a bubble, most of us our family anyway so it’s easy to do that.”

Alex explained the show has a surprising fanbase, young people with autism. 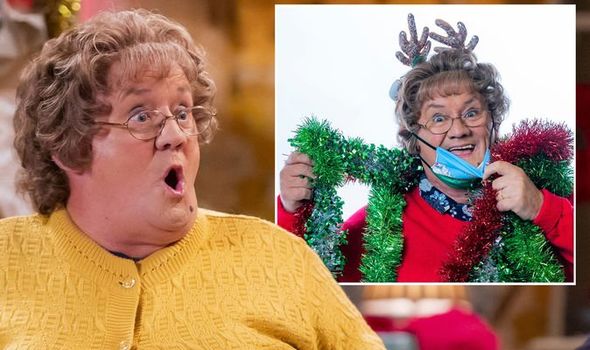 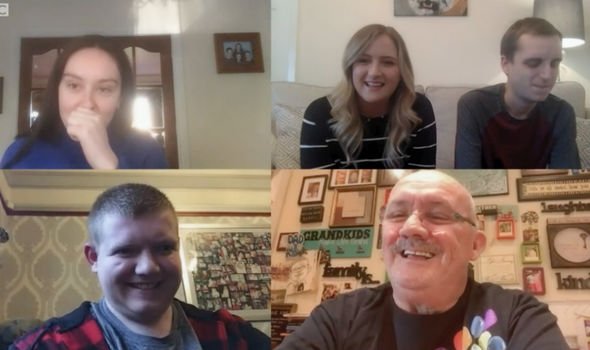 “We had no idea that the show was having an effect on autistic children and it started with one letter from a parent to say she’d heard her son laugh for the very first time.

“We thought that was a great compliment, it doesn’t matter what the reviews are after that.”

“The things that amuse the kids the most are the naughty bits,” Brendan added. “Not that I’ve seen naughty bits in Mrs Brown.”

The One Show brought some of Mrs Brown’s Boys fans that are on the autistic spectrum together with Brendan over a video call. 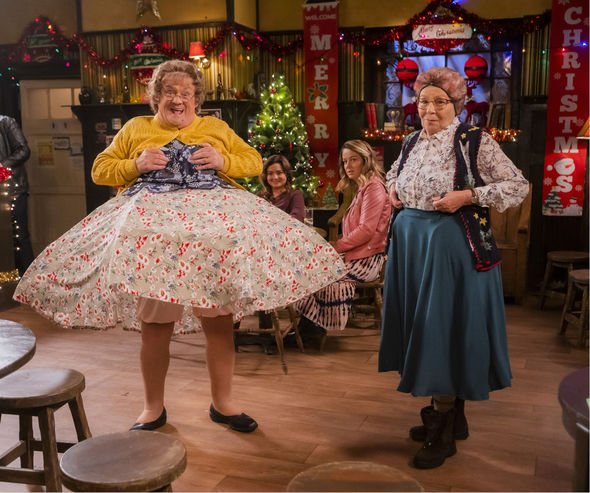 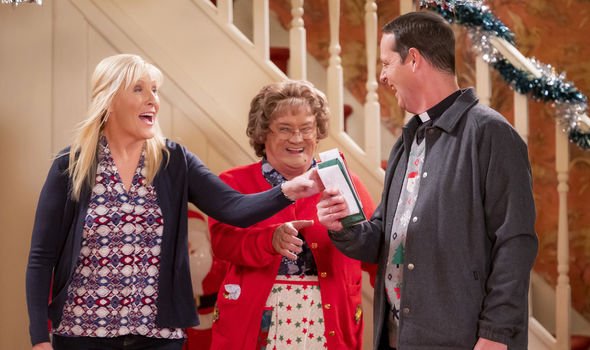 John, Rois-Eireann and Alex, who joined the call with his sister Katie, revealed their favourite moments from the show.

Rois-Eireann said: “My favourite one was when you hit grandad in the head.”

John added that an episode he really enjoyed was when Agnes enlisted Winnie’s (Eilish O’Carroll) help with a bikini wax.

“The Christmas tree every year terrifies me,” Brendan revealed.

“We like it when it spins around, don’t we?” Katie said to Alex.

“It’s been heartwarming for me, thank you very much,” Brendan said. “Now I’m really looking forward to Christmas.”

Back in the studio, Alex said: “Ah that spinning Christmas tree is classic and I have to say when Brendan and the gang are in here they are such kind and nice people.”

Meanwhile, Brendan has spilled all on a Queen Elizabeth storyline he was hesitant to include.

Agnes was set to deliver her own version of the Queen’s Speech but after a warning from the BBC, scrapped it.

Recalling a meeting with bosses, he explained: “I replied, ‘Why? Are you afraid of offending the Queen?

“Sure you only have to look at what The Crown is doing!’

“[The BBC] said suppose something happens to the Queen before Christmas comes.

“If we put that bit in the main body of the show, then we may have to scrap the show. I went, ‘Wow, you’re right,’” Brendan told the Irish Sun.