Sydney radio listeners have been subjected to a racial slur after Alan Jones once again dropped the N-word as part of a foul-mouthed rant.

The veteran broadcaster was discussing the leadership rumblings in Canberra when he turned his attention to finance minister Mathias Cormann. The 77-year-old said the finance minister needed to reveal his hand.

"Anyone can stand… but they are mobilising to block Dutton," he said.

"The n—– in the woodpile here, if one can use that expression – and I'm not going to yield to people who tell us that certain words in the language are forbidden – the person who's playing hard to get is Mathias Cormann." 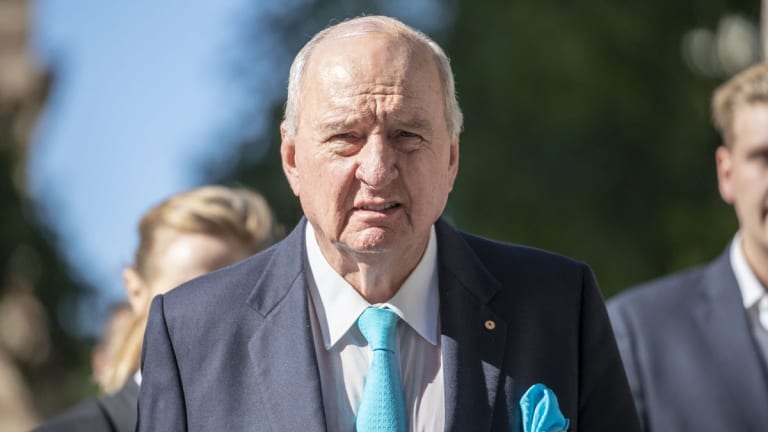 Alan Jones has once again used the phrase ‘n—– in the woodpile’ while on-air.

It's not the first time Jones has used the N-word on-air. Back in 2012, he used the phrase "n—– in the woodpile" to describe Malcolm Turnbull's leadership ambitions.

"Good stuff, Tony Abbott," he said. "You're there not to buckle at the knees just because a few little media outlets and sympathisers to Julia Gillard want you to. There's talk of Maclolm Turnbull, the n—– in the woodpile."

Jones hasn't just reserved the N-word for politics. In the past, he's used in rants about cricket and even while advocating for farmers.

The phrase "n—– in the woodpile" was a term commonly used in the United States, with some believing it originated from a time when slaves were smuggled across the country underneath piles of wood.