Home » TV & Movies » 'NCIS' May Have Reduced the Number of Episodes for Season 18, But 1 Star Promises They Will Be 'Bigger Than Ever'

The season 18 premiere of NCIS is just days away, and more details are starting to emerge about the upcoming episodes. One of the biggest questions fans had about season 18 was if COVID protocols would scale down production. Even though CBS has reduced the number of episodes, one NCIS star says this season’s episodes will be “bigger than ever.” 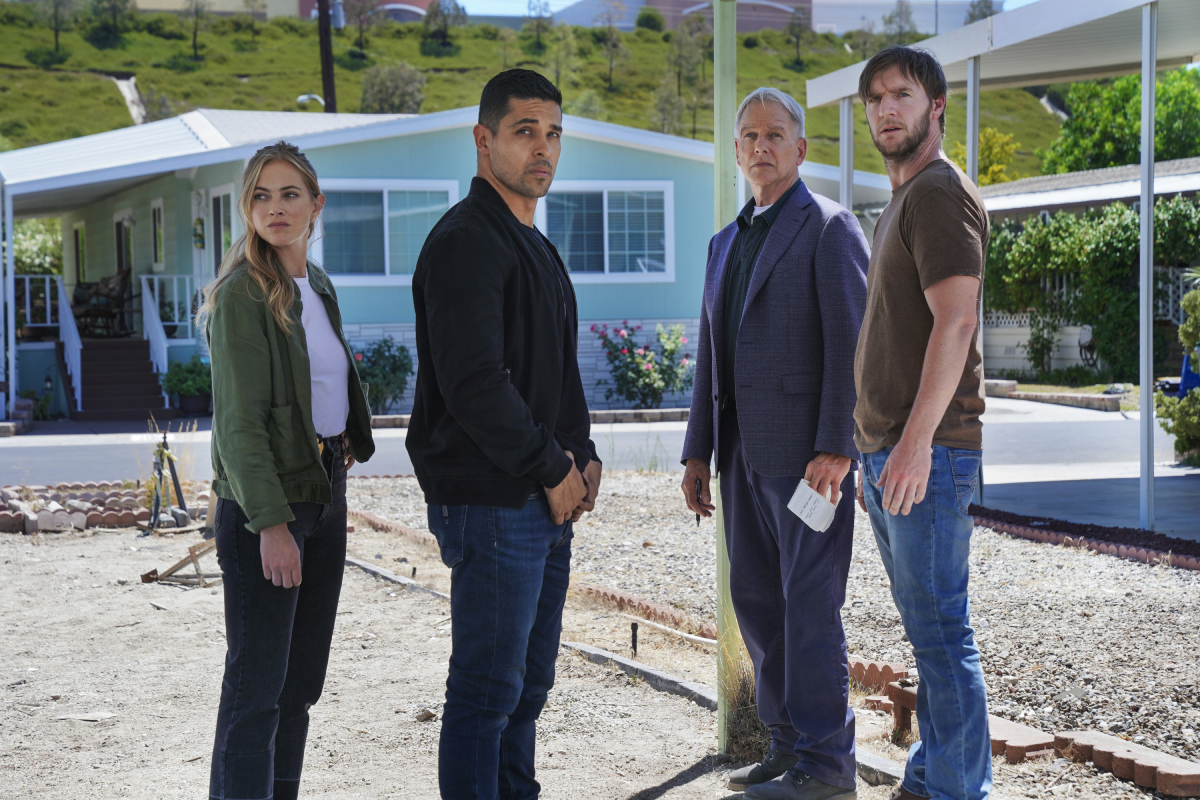 The pandemic pushed back the start of production on the new season of NCIS from July to September. When the cast and crew did get back to work, the studio had put new COVID protocols in place to keep everyone safe. The safety measures included limiting the number of people on set and regular testing.

Since they got started so late, CBS had to push back the season 18 premiere until November. There was speculation that the network would skip out on a holiday break – or maybe extend the traditional TV season past May and into the summer – in order to get a full season of episodes on the air.

However, as Carter Matt notes, the network has opted to cut down the number of episodes to just 16 for season 18. This means there will be a short mid-season break before they end the season in May.

For the past decade, NCIS has aired 24 episodes per season. Now, the pandemic has shortened both seasons 17 and 18. COVID forced production to shut down in March, leaving season 17 with just 20 episodes.

Wilmer Valderrama promises episodes that are ‘bigger than ever’

Even though the pandemic has forced the cast and crew to make a lot of changes, star Wilmer Valderrama (Nick Torres) says they aren’t scaling anything back this season. In fact, he recently promised on his Instagram Stories that episodes will be “bigger than ever.”

Valderrama wouldn’t give away any details. But he did share an image of what appeared to be emergency response vehicles that were involved in a big storyline. The That 70’s Show alum said he felt “very fortunate” to be on set. He noted that many of his colleagues weren’t there.

NCIS will be celebrating its 400th episode during the second week of the season. They will be jumping back in time to show fans how Gibbs (Mark Harmon) and Ducky (David McCollum) first met.

Showrunners have also revealed that the first few episodes of season 18 will jump back one year to November 2019. Fans will get more information about a secret mission that Gibbs disappeared for during Season 17, Episode 8 “Musical Chairs.”

The first few episodes will wrap up loose ends from a season 16 storyline featuring FBI agent Tobias Fornell (Joe Spano). In episode 5, they will reportedly catch up with the present day and enter a COVID world.

As for Torres’ storyline, Valderrama says that fans will find out more about his mysterious past. But, he kept quiet about a possible romance with fellow agent Eleanor Bishop (Emily Wickersham).