Tobias Fornell (played by Joe Spano) made quite the return in the NCIS season 18 premiere as CBS viewers were taken back in time to see him and Gibbs (Mark Harmon) head on a mission of their own. Fornell hadn’t been seen since season 16 when his daughter almost died of a drug overdose and it transpired he’d been hellbent on getting revenge on those behind the incident ever since. And while he promised Gibbs he’d reconvene with him in two weeks during the premiere, a first-look at episode three shows Fornell’s plan is well and truly in action.

Fornell thought he’d made major ground in the season 18 opener after tracking down an “errand boy” supposedly behind his daughter’s earlier overdose.

Eventually, he and Gibbs did find the man they were looking for – although he wasn’t alive to give up any information.

Fornell examined the dead body of the errand boy, however, and found a rather mysterious clue.

Clutching a keychain, the NCIS favourite insisted Gibbs catch up with him later as he went solo on, what now appears to be, an undercover mission. 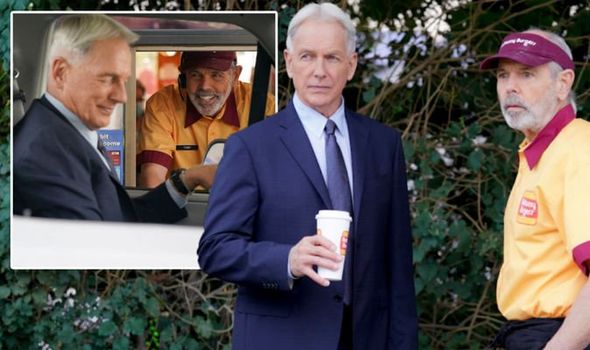 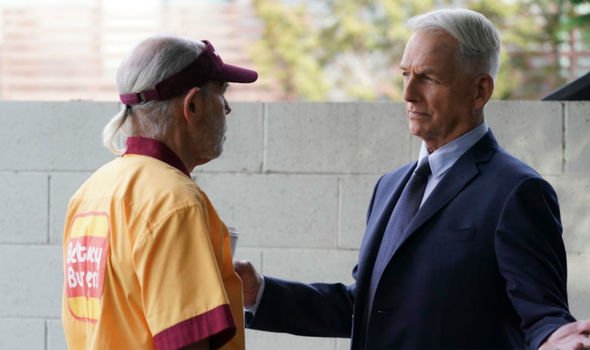 In a series of first-look snaps from NCIS season 18, episode three, Fornell is donning the outfit of a fast-food restaurant employee.

With Toby emblazoned on his name badge, it looks like Fornell has been doing some investigating of his own.

In one snap, Fornell reunites with Gibbs as the NCIS team leader approaches the drive-thru.

The two share a smile before it looks Gibbs makes his way indoors to hear what his pal has been up to. 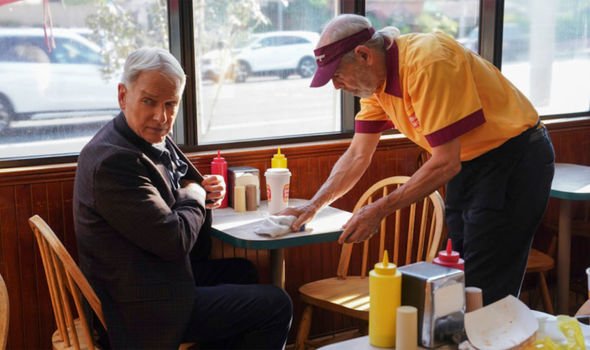 However, Gibbs is reaching into his pocket in another snap – could he have more intel about the drug gang?

Fans will have to wait until December 8 to find out what will happen in the third episode as CBS pushed the episode back from its weekly slot on Dec 1.

And Gibbs and Fornell aren’t the only two who look like they’ll face their fair share of intriguing storylines when NCIS returns.

A handful of other promo shots from the episode show Torres (Wilmer Valderrama) and Bishop (Emily Wickersham) attend a crime scene.

And while all seems relatively calm, there is one snap that shows Torres reaching for his pistol.

But what could have alerted Torres so much? And will it leave him and the team in danger?

Elsewhere in the NCIS universe, the flagship series wasn’t the only show subject to delays.

Both the Los Angeles and New Orleans-based shows were also off air last week.

However, NOLA fans are in for disappointing news as Pride (Scott Bakula) and the team won’t be back until another week later.

With all three series also receiving shorter episode counts as a result of the coronavirus pandemic, fans will be hoping the wait will be worth it for all-new episodes.