Neighbours airs a shock arrest for Chloe Brennan next week, as she spirals out of control following some shocking news about her health.

A big new storyline will see Chloe (April Rose Pengilly) learn that she’s tested positive for the Huntington’s gene, a degenerative brain disorder for which there is no cure.

In the aftermath, Chloe chooses to keep quiet about her diagnosis, convinced that it’s not the right time to share the news with her brothers.

Karl Kennedy warns Chloe that her family will also have to be tested for the gene, but she’s determined to wait until after Aaron’s wedding.

Next week, Chloe struggles to process the news and decides to take her mind off things by spending a whole day being wild and carefree.

After calling into work sick, Chloe invites Amy Williams and her other friend Danielle Southgate (Annie Lumsden) for a drunken night out on the town.

Amy ends up heading back home early when things become a little too crazy for her liking, but there’s just no stopping Chloe and Danielle, who even decide to steal the Ramsay Street sign for a laugh. 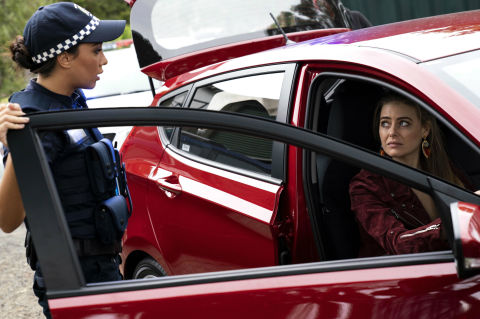 Chloe hatches a plan to abandon the sign in Federation Square in the city, but just as she and Danielle are trying to drunkenly load it into the car, the police come along to stop them.

With sirens blaring in the distance, Danielle does a runner and forces Chloe to face the music, as Mishti Sharma (Scarlet Vas) arrests her for theft.

Will Chloe show any remorse when she eventually sobers up? 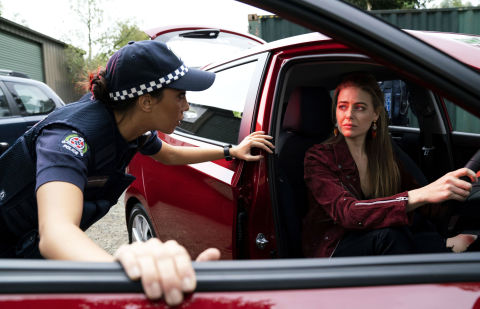 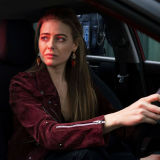