Amy (played by Zoe Cramond) has been torn over her feelings for fiancé Gary (Damien Richardson) and his younger son Kyle (Chris Milligan) since her former lover returned to Neighbours earlier this year.

It’s been clear Gary has felt some sort of rivalry with his son as Kyle and Amy have been spending more and more time together on the Channel 5 soap.

Gary’s jealousy has seen him take desperate measures to get his son out the picture, leading to Kyle falling from some scaffolding whilst working on Karl Kennedy’s (Alan Fletcher) tram renovations.

Although Kyle pulled through, he will decide it’s finally time for him to leave Ramsay Street once more in upcoming scenes, leaving Gary delighted.

Amy’s reaction is a little different however as it’s clear she’s still harbouring feelings for the Erinsborough heartthrob.

Confronting Kyle about his decision, Amy tells her ex she doesn’t want him to leave and her confession leads to some sexual tension between the pair.

Although the Ramsay Street residents go their separate ways before things go any further, Kyle confides in grandmother Sheila Canning (Colette Mann) about his feelings.

Not wanting to hurt his father but also curious as to what could happen between him and Amy, Kyle decides to stay for a while longer.

Wracked with guilt over the tender moment she shared with Kyle, Amy comes to a rather rash decision and goes to find Gary.

Wanting to squash her feelings for Kyle once and for all, Amy tells Gary she wants a long future with him and tells him they should try for a baby once they’re married. 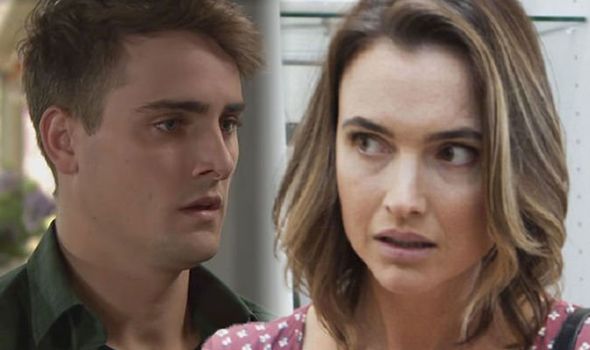 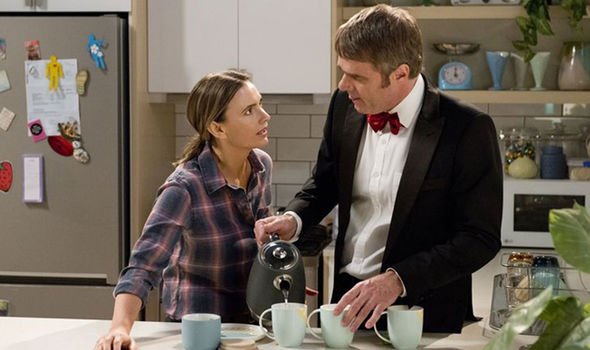 Viewers will have to wait and see how Gary reacts to the news, but on hearing the news, Kyle changes his mind on his future on Ramsay Street and sets about leaving once again.

Conflicted over his feelings, Kyle switches things up again and decides to stay to try and halt Amy’s baby plans with his father, but will he succeed?

Can Kyle convince Amy she should be with him and they should have a baby together, or will the young builder be left crushed once again?

Despite her turbulent love life, Amy will be dealt another devastating blow in the coming weeks as she says farewell to her brother.

It has been revealed Leo Tanaka star Tim Kano, 32, will believing the Australian drama after three years as the son of ruthless resident Paul Robinson (Stefan Dennis). 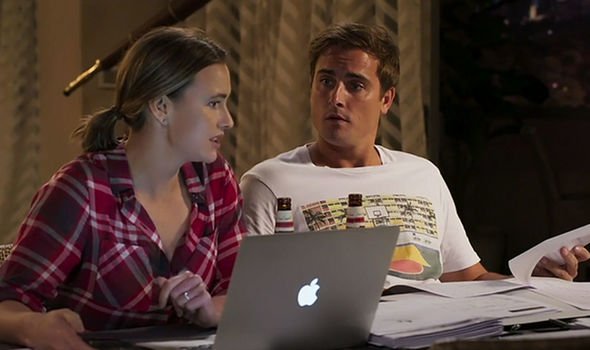 This year sees Tim finish up at Ramsay Street

Leo has been at the centre of several high octane storyline during his time on Ramsay Street, including being in a love triangle with Paul and his girlfriend Terese Willis (Rebekah Elmaloglou).

Most recently, Leo has put his efforts into developing his business venture, running a bar with Terese’s niece, Roxy Willis (Zima Anderson).

However, it seems Leo will believe he is destined for more than life on Ramsay Street as he decides to leave his family in Erinsborough whilst he pursues his dream.

A statement of the website for the management of actor Tim Kano read: “This year sees Tim finish up at Ramsay Street and take on Hollywood.”

Could Paul and Terese’s turbulent relationship have something to do with Leo’s departure?