Neighbours fans will see Leo Tanaka and Terese Willis get one step closer to a possible fling next week.

Leo (Tim Kano) has been harbouring feelings for Terese for a few weeks now, but the big question has always been whether she feels the same way or not.

As we’ve previously revealed, this week’s episodes will see Terese (Rebekah Elmaloglou) make some sudden plans for a break from Erinsborough after sharing an unexpected moment of chemistry with Leo in the Lassiters sauna.

Needing to get away from Leo for a while, Terese heads off to visit her daughter Imogen and son-in-law Daniel in Los Angeles. Before she goes, Terese even warns Leo to use his time away to get over his “silly crush”. 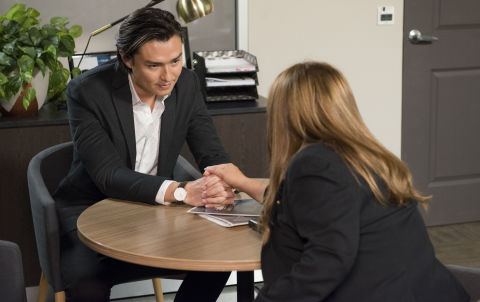 When Terese returns from her holiday at the end of next week, her attitude has changed as she’s finally ready to be more honest about her own feelings.

Confronting Leo, Terese confesses that she left for LA because she has feelings for him that she needs to get under control for everyone’s sake.

Terese’s revelation leads to another charged moment between the pair, before their better judgement kicks in and they break away from each other.

Is it only a matter of time before Leo and Terese go a step further and give into their mutual attraction? Plus, with Leo’s dad Paul (Stefan Dennis) still in love with Terese, how would he feel if they do? 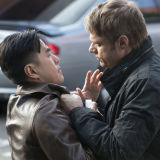