Tom Holland may have accidentally spilled the beans about the movie’s detail when he shares a video of his stunt double getting doused with water.

AceShowbiz –
It has been widely known that Tom Holland is not good at keeping secrets and he may have done it again, this time revealing a detail about his upcoming movie “Spider-Man: Far From Home“. The British actor recently shared on Instagram a set video showing his stunt double filming a scene in which Peter Parker is blasted backwards by a wave of water.

For the record, Holland shared the video for a good cause. He promoted a CrowdRise fundraiser to raise money for The Brothers Trust, which was started by his parents. In exchange for a donation they make, fans will be entered for a chance to come hang out on the “Far From Home” set. 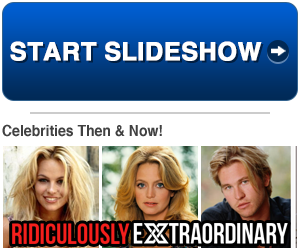 While showing the filming of the action stunt, the 22-year-old actor claimed he did all of his own stunts himself. It was meant to be a joke as his actual stunt double was seen performing a wild scene in his place. But upon seeing the video, Marvel fans have been speculating if the stunt in question hints at the appearance of a certain villain, Hydro-Man.

Hydro-Man is a lesser-known Spider-Man villain who is able to turn his body into water, much like Sandman who can turn his body into sand. There were rumors surfacing earlier this summer that Hydro-Man could appear in the “Spider-Man: Homecoming” sequel, but they didn’t seem to gain much traction, with many believing that Jake Gyllenhaal will portray the main villain, Mysterio. But past Spider-Man film usually featured more than one villain, so Hydro-Man could be one of them.

Holland will reprise his role as Peter Parker a.k.a. the webslinger. Zendaya Coleman, Marisa Tomei, Michael Keaton, Jacob Batalon and Tony Revolori will also return for the sequel, while J.B. Smoove and Numan Acar are added to the cast in new roles. It’s additionally reported that Samuel L. Jackson and Cobie Smulders would reprise their roles from MCU film franchise as Nick Fury and Maria Hill, respectively.

“Far From Home” will take Tom Holland’s Peter Parker overseas as he travels abroad during summer vacation. Jon Watts returns to serve behind the lens, with the script provided by Chris McKenna and Erik Sommers. Filming is currently underway in Europe for a scheduled July 5, 2019 release in the United States.