Anyday is a good day to binge-watch some Disney shows. Whether that’s a Disney+ original or a Disney Channel favorite, this streaming platform has got you covered, dropping new episodes on a weekly basis this month. What new television shows are coming to Disney+ during March 2020? Here’s what we know about Disney’s streaming platform. 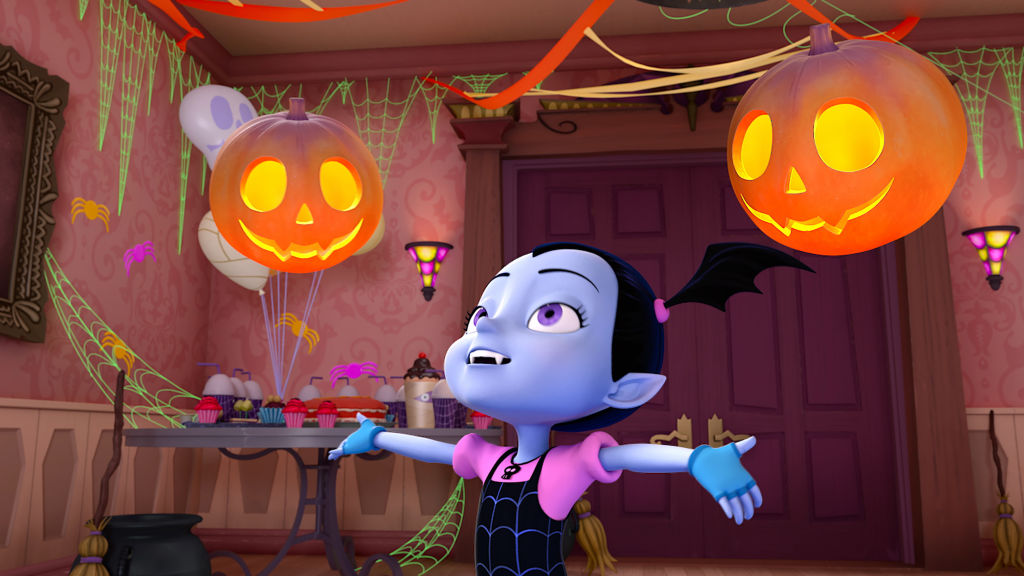 Other Disney Channel shows coming to Disney+ this month include Vampirina Ghoul Girls Rock! season 2, Playtime with Puppy Dog Pals: Puppy Playcare season 2, and I Didn’t Do It seasons 1 and 2, all debuting on March 20.

This Presidential Portrait belongs: A. On our wall B. In a museum or C. All of the above #DiaryOfAFuturePresident is the perfect #PresidentsDay weekend watch! Stream it now on #DisneyPlus!

New episodes of the Disney+ original series, ‘Diary of a Future President’

Life isn’t easy when you’re in middle school. Take it from Elena Cañero-Reed, a Cuban-American living in Miami, trying to navigate family, friends, school, relationships, and her passions. The happy ending? Viewers learn that thanks to these trials and tribulations, she will eventually become president of the United States.

As a Disney+ original series, new episodes of Diary of a Future President premiere on a weekly basis. March is no exception, with more of season one available for binge-watching. In fact, the finale of this series premiers on Friday, March 20.

Disney’s ‘Be Our Chef’ premieres on the streaming platform

What’s better than Disney? Food and Disney. For the first time ever, this company is bringing a competition series to its streaming platform, featuring some food-loving families. These contestants will create dishes inspired by Disney and tested by real, legendary chefs of the company.

Which family will walk away victorious? What challenges will they have to face? The wait is almost over, Disney fans. Be Our Chef premieres exclusively on this streaming platform on March 27.

Video by @bertiegregory | A male dugong feeds on seagrass in the southern Red Sea. Dugongs are closely related to manatees, and they look similar, especially from this angle. Their bottom halves, however, are very different. The manatee has a paddle-shaped tail; dugongs have a fluked tail, like dolphins. It’s thought that because of this tail, dugongs inspired the stories of mermaids! The fish in this shot are juvenile golden trevally. They hang out with dugongs to snatch any invertebrates spooked up by the disturbance. Follow @bertiegregory for more on these awesome animals. #redsea #dugong #diving #underwater #ocean

This National Geographic special shows viewers what it’s like to fish out on the North Atlantic waters. Seasons 3 through 8 of Wicked Tuna premiere on Disney+ March 13. Additionally, seasons 1-6 of Wicked Tuna: Outer Banks are added to the streaming service’s library on the same day.

Other television shows produced by Disney, Pixar, Marvel, Lucasfilm, 21st Century Fox, and National Geographic are already available on this subscription service. To learn more about Disney’s streaming platform and to subscribe, visit the Disney+ website.