The 35-year-old rapper wore head to toe Burberry, much like the former EastEnders actress, 44, did over 15 years ago. 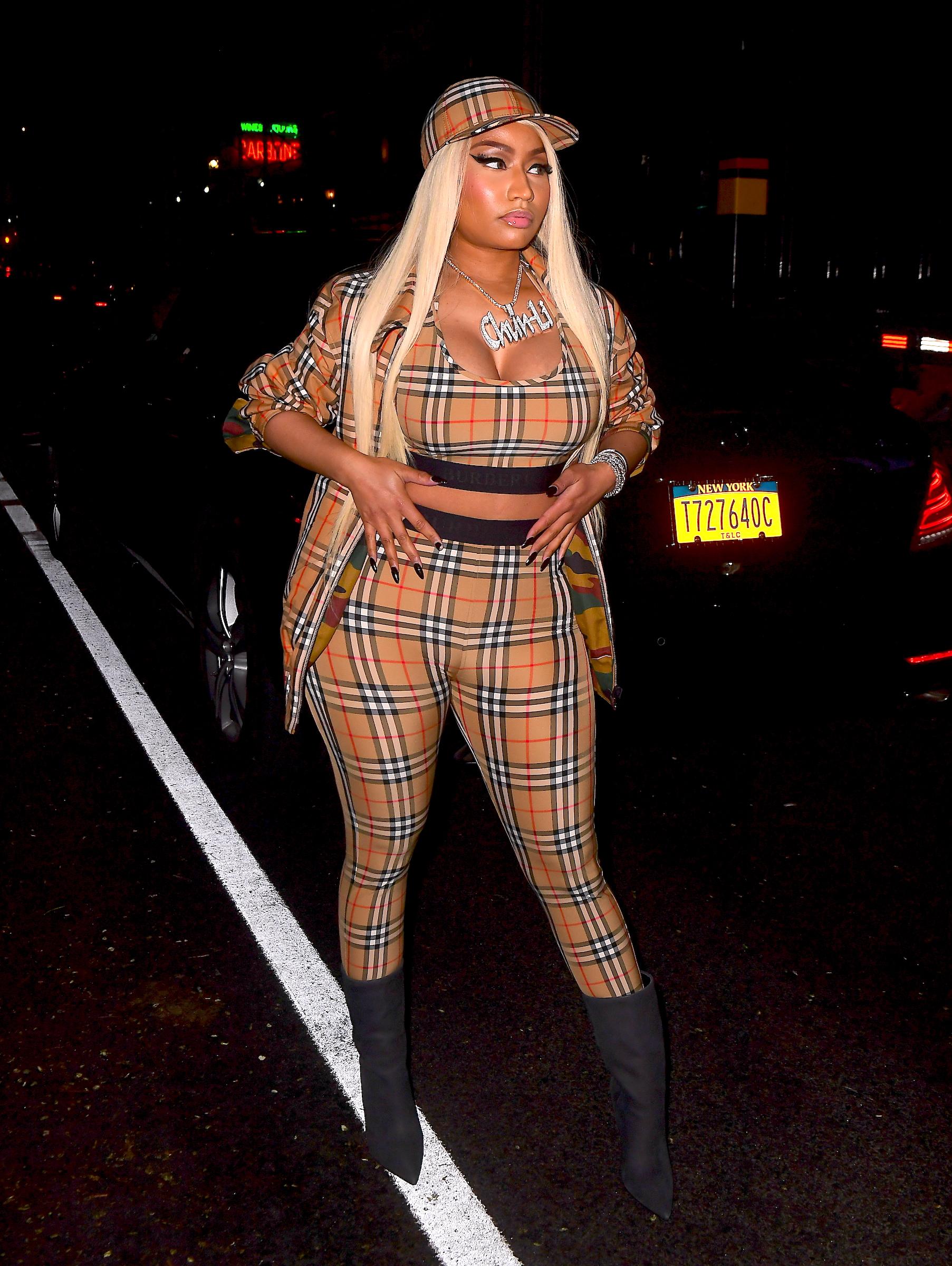 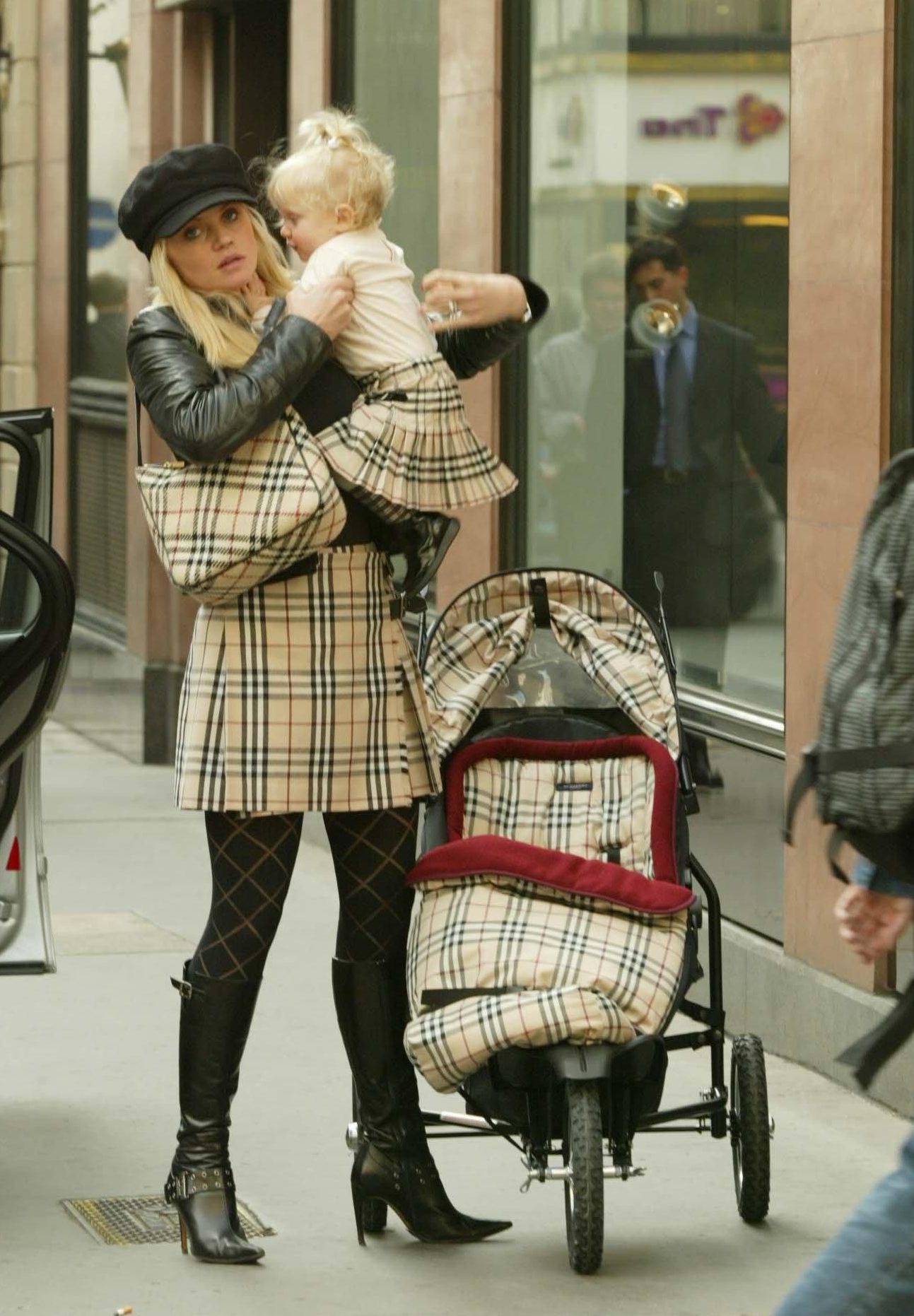 Danniella famously dressed herself and her daughter Jo in the famous fashion brand, including the pram, creating what has now become an iconic picture.

Nicki, who has just dropped her new album Queen,  brought the look up to date wearing a pair of skintight Burberry leggings with a matching crop top and cap.

Her outing last night came as she entered into a war of words with her former lover Safaree Samuels on Twitter.

Safaree, who she dated for nearly 15 years, made a series of claims against her. 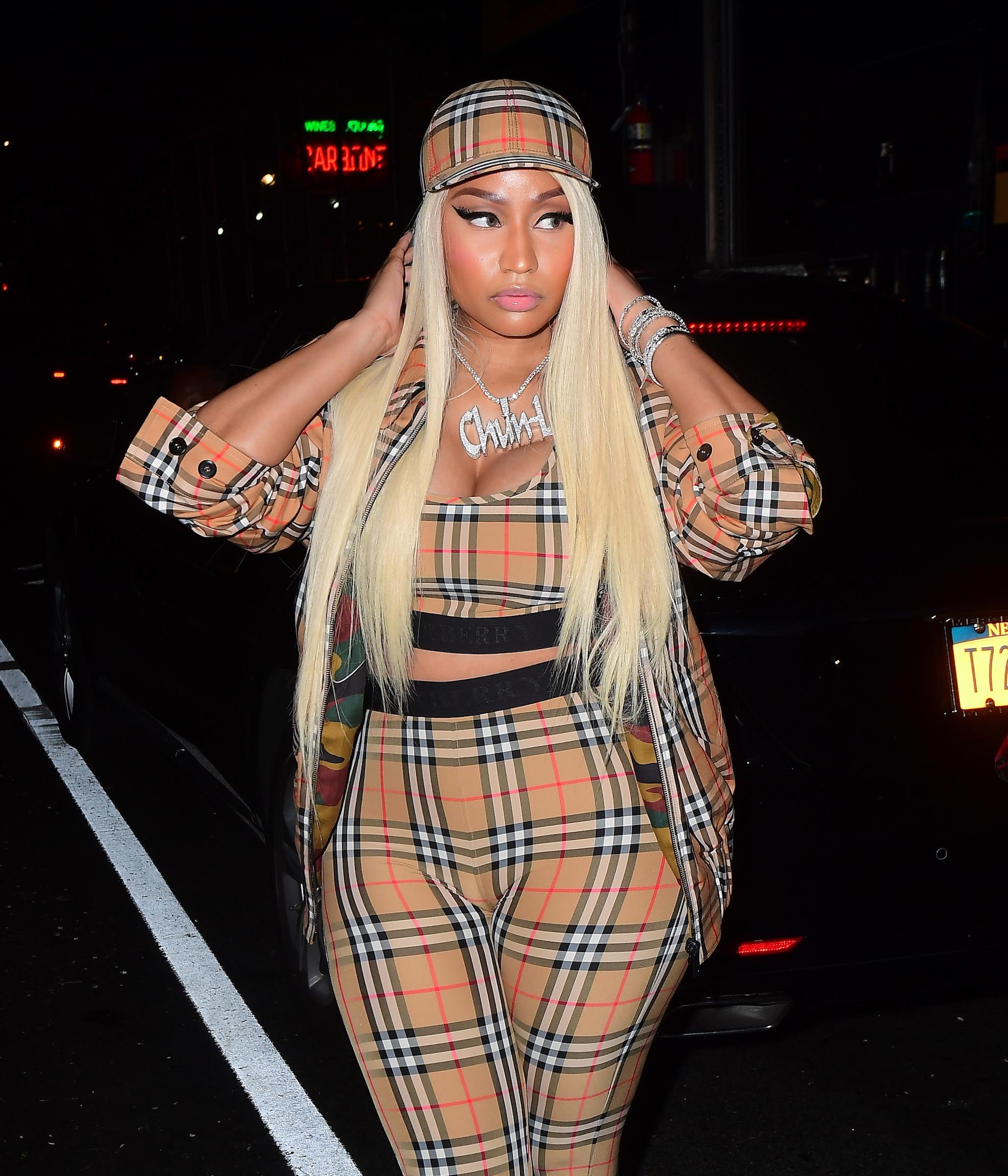 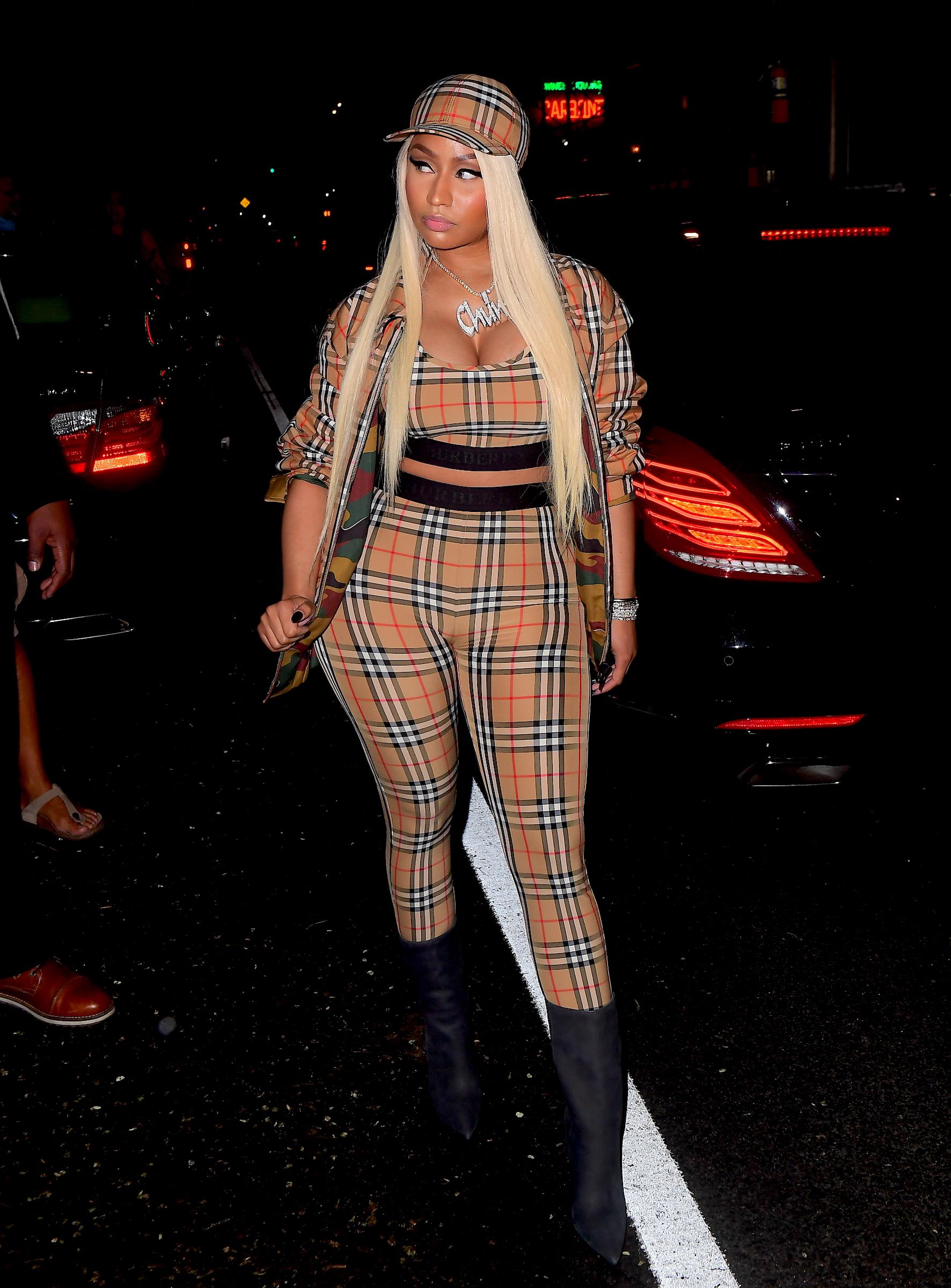 He accused her of cheating on him with Meek Mill – whom she dated from 2015 until 2017 – before claiming things got "toxic" between them and he "packed up and left."

He wrote: "We know each other inside out. Everything there was for us. I didn't use your card for prostitutes. We both didn't trust each other. You did sh*t I did sh*t. You said you were messing with meek a few years b4 y'all got together and I'm not mad at that.

"Towards the end it got toxic and I just packed up and left. 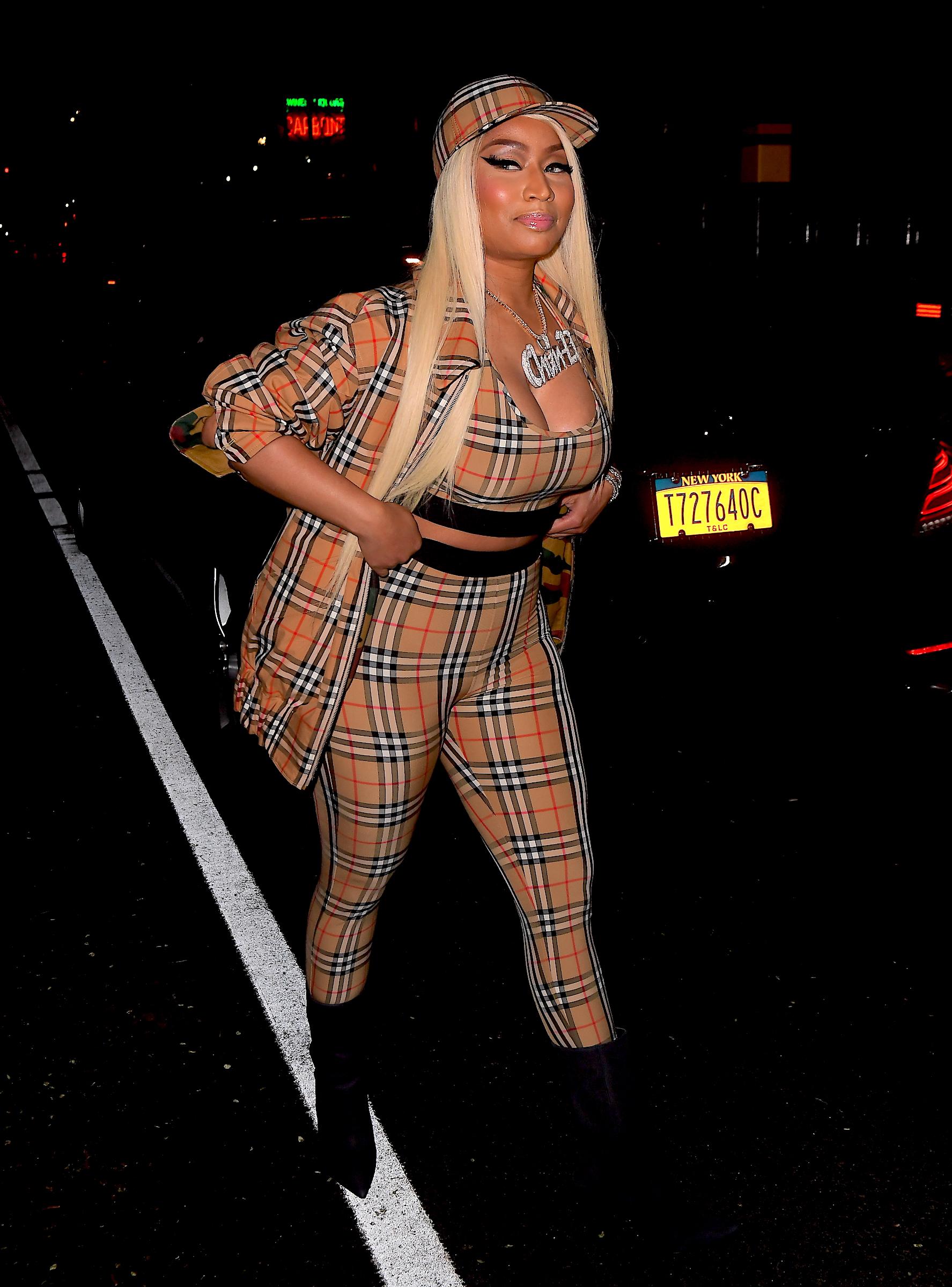 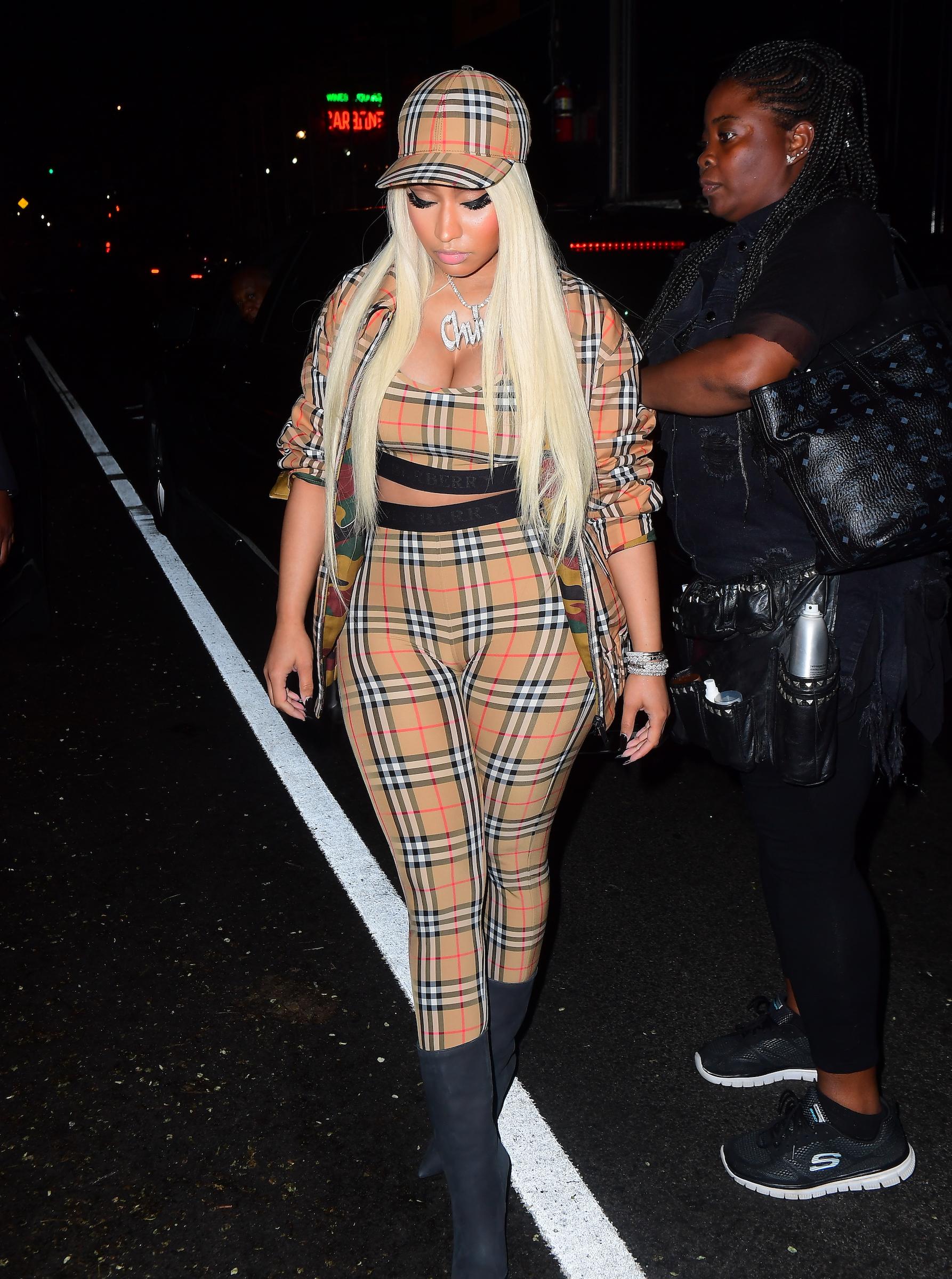 "I did things for spite and so did you. I don't wish you bad and I don't want us back together just like I'm sure you don't. I don't need you you don't need me but we will always be linked in the public no matter what. (sic)."

However, the Nicki  wasn't prepared to let her ex-beau bad mouth her on social media without dishing some dirt on him.

She hit back: "U stole my card & told me you thought it was an account with "free money" that I didn't know about. On God. God will strike you down & more for lying. Ha! Stop saying u packed & left ! On Jesus u came to my house CRYING BEGGING to go w me to Europe to the EMA's. I said NO DUMMY (sic)."