Nazis — remember when they were largely a thing of the past? As Chris Weitz’s true-life thriller reminds us, long before there was an unfortunate smattering of irresponsible “The Nazi Next Door” articles clogging up your Twitter feed, there were literal Gestapo bigwigs and German war criminals living, secretly but side by side, among the postwar population of South American countries. (Sympathies to fascist ideologies, lax extradition laws, yadda yadda yadda.) Men like Adolf Eichmann (Sir Ben Kingsley), a former lieutenant colonel and a particularly nasty National Socialist who was the brains behind the “Final Solution”; after fleeing Europe, he settled in Buenos Aires under the name “Ricardo Clement,” living with his wife (welcome back, Greta Scacchi!), their teenage son Klaus (Joe Alwyn) and a toddler. Occasionally, Ricardo will regale the local anti-Semites with tales of Hitler and extermination. Mostly, he goes to his job or stays at home.

Once Klaus takes his new girlfriend, Sylvia (Haley Lu Richardson), to an informal gathering of Nazism enthusiasts, however, word makes its way back to Israel that the SS-Obersturmbannführer they’ve been looking for may have been located. A team of Mossad agents, led by a redemption-seeking secret agent named Peter Malkin (Oscar Isaac), travel to Argentina to verify the intelligence. Once the target’s identity is confirmed, the group gets their marching orders: do not kill Eichmann. This is a “strictly catch and extract” operation. He is to be brought back to Israel to stand trial for war crimes in the country of his victims. “For the first time in history,” a character says, “we will judge our executioner.”

Anyone with a cursory knowledge of 20th-century history or access to Google knows how this story ends. Weitz and screenwriter Matthew Orton are more interested in detailing how everything almost went wrong at every turn, from an amateur-hour abduction in front of Eichmann’s house to relying on a commercial airline to transport everyone home — which turns into a 10-day waiting period when the plane won’t show. Meanwhile, Klaus and the cops are trying to locate the missing old man, the team needs Eichmann’s signature on a free-will transport form to flee the country and he’s actively trying to get inside Malkin’s head to mess with him.

It’s those scenes, in fact, that give Operation Finale its finest moments, as Isaac and Kingsley engage in a sort of Silence of the Lambs interrogatory rapport — imagine Clarice Starling as a Nazi hunter and Hannibal Lecter as the architect of the Holocaust, and you’re halfway there. There’s a wonderful give-and-take to the way these actors tango with each other, especially when Kingsley gets a line of dialogue he can swish around and savor like a fine Syrah (he refers to the euphemisms the S.S. officers used for killing Jews as “flippant terms for dirty work”). The more these performers engage in their psychological tête-à-tête, or remind you that every scene is improved tension-wise by the addition of a shaving someone with a straight razor, the more you engage with the film. Despite the fact that the movie is stocked to the gills with screen talent — both Nick Kroll and Melanie Laurent stand out as fellow team members; Simon Russell Beale’s cameo as David Ben-Gurion deserves its own three-hour movie — it’s really a two-man job. 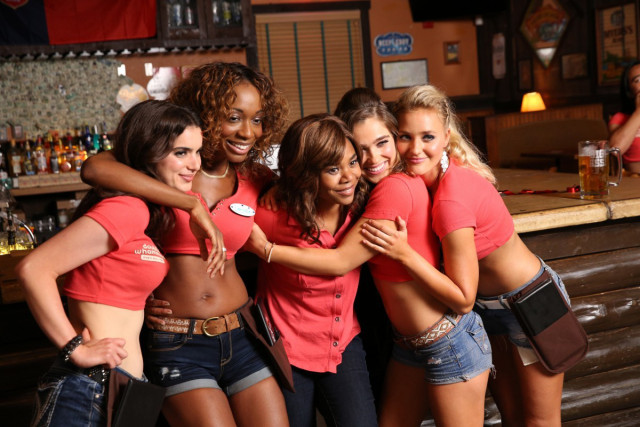 Past those sequences, however, what you’re left with is a functional historical drama, one with car chases and narrow escapes and one eye on being the sort of tony prestige project that Hollywood used to produce on the regular. At its best, it’s something to see of nothing is on The History Channel — a perfectly adequate movie about a major intelligence coup and a turning point in terms of providing closure, if not justice, for those who suffered incalculable loss. At its worst, Operation FInale is a somewhat familiar, borderline banal representation of the banality of evil. There’s a slight tinge of urgency to it, thanks to the world outside of the theater: Just because brownshirts have not been marching in the streets of Poland (not officially, anyway) for decades doesn’t mean they ever really went away. It’s hard not to think of the our current moment’s cretinous goons slithering out of the woodwork and into POTUS retweets as you watch Eichmann casually dismiss and/or try to reduce genocide as some sort of get-over-it incident to be brushed aside.

Thankfully, Weitz and co. do not tack on a contemporary coda a la BlacKkKlansman, as much as it would be satisfying to watch a neo-Nazi get punched one more time. (The then-and-now parallels, regrettably, are all too evident.) They opt for the usual roll call of what-happened-after text and footage of the real-life Eichmann, Malkin, et al. But what happens right in front of that end-credits litany of shout-outs is interesting. There’s a brief near-silent sequence, one last beat before we fade out, that defies easy description — it’s enough to say that it’s haunting, and lyrical, and a callback to the flashback moments we’ve seen sprinkled throughout. You find yourself moved by what the filmmakers are doing, lingering on the way space and sound are used to grant a final moment of peace. And then you wonder why, as you leave the theater, you’ve almost completely forgotten the movie that came before it.