Warning: This article contains spoilers from Orange is the New Black’s season 6 finale.

It sounds like the next season of Orange is the New Black really could be the last.

Speaking about the twist and what it means going forward, the star admitted to The Hollywood Reporter: “The endgame is there. As of now, season seven is our last season. So, the endgame is clear. 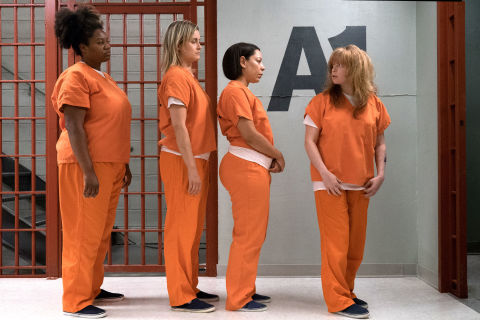 “We’ve been working together for six, seven years now and she’s a wonderful scene partner. We were just together the other day and she was saying, ‘This sucks. I’m out of prison. When am I going to do scenes with you!'”

She added of potentially doing scenes together next season through visitation glass: “Seriously! So, that’s a bummer. That’s obviously the main bummer, because I’ll miss her. But our writers are great, so they will always come up with something. 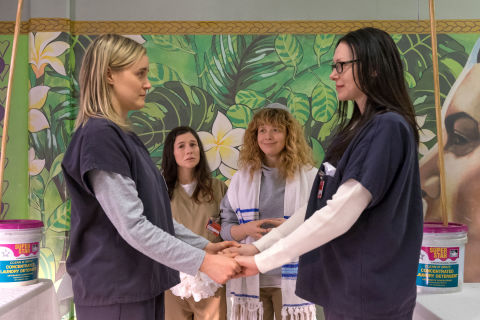 “These characters are so well-crafted, especially now. When you get to do a show for this long, you can really craft characters that are full, multidimensional people. And at this point, you’ve been with these women for six seasons, so our writers can just have so much fun playing with all these storylines.”

Laura added that Alex is “smart and intelligent” and “sees the reality of the situation”, explaining that it is now about survival for her character. 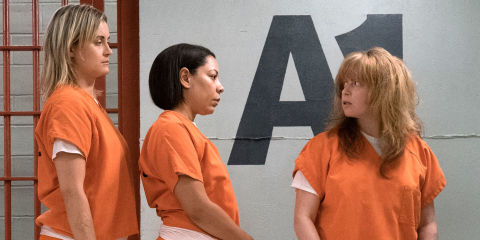 Taylor herself admitted that her season six fate was “the end of an era” for her, explaining: “I’m so grateful to have been able to play this part of Piper.

“I’m excited to let Piper go and put her to rest beautifully, as I’m sure [creator Jenji Kohan] will do, and let her kind of live on in her own world, when that time comes.”

Orange is the New Black season 6 is available to watch on Netflix now.