Strictly judges give their scores to Graeme Swann

Strictly Come Dancing’s Oti Mabuse could be set to lift the Glitterball Trophy for the second year in a row as she remains favourite to win the competition with comedian Bill Bailey. The South African professional has been on the programme since 2015 and now her former dance partner Graeme has opened up about why their Cha Cha Cha to Thriller during Halloween Week was the “worst part” of his stint.

Graeme and Oti made it all the way to week 10 before being knocked out of the competition.

The duo faced hot favourite Ashley Roberts and her partner Pasha Kovalev in the dance-off which led to their elimination.

However, they managed to get a fair way through the process and have some memorable performances to their name.
Now, Graeme has opened up on his “worst part” of the contest – a Michael Jackson themed Cha Cha Cha. 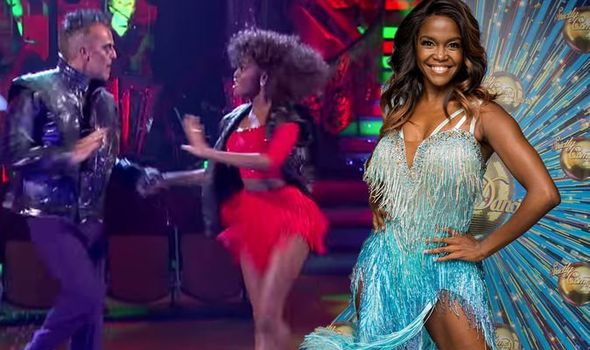 We will use your email address only for sending you newsletters. Please see our Privacy Notice for details of your data protection rights. Bill Bailey downplays chances of winning Strictly Come Dancing

The Betfair ambassador told Express.co.uk: “The worst part was the Cha-Cha-Cha. I was awful at that dance.

“It was a shambolic performance and it felt off from the beginning.

“And on top of that, I was dressed up as Michael Jackson two weeks before the documentary came out!” Graham commented.

The performance came in week six of the competition, the show’s Halloween Week. 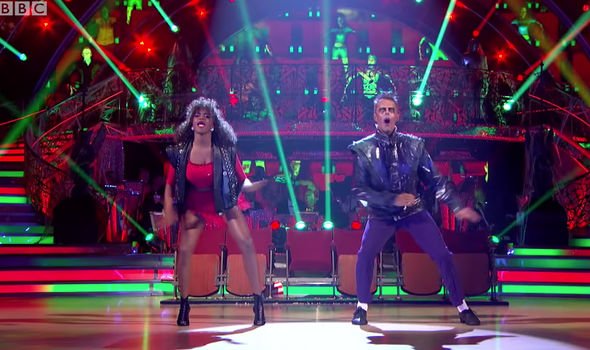 They ended up scoring 21 points after failing to impress, which was their second-lowest score during their stint.

But it was another four weeks before they were sent home as they remained a favourite of those watching at home.

Graeme went to comment on what his favourite thing was about the process.

He added: “My favourite thing about Strictly was getting dressed up every Saturday night, going out there on camera and being in the limelight.

“Even though it was something I wasn’t very good at compared to cricket, it was nice getting a bit of recognition again and having a laugh.”

It was Stacey Dooley and her partner Kevin Clifton who eventually lifted the Glitterball Trophy at the end of the series.

Of course, Oti went on to win herself a year later alongside Kelvin Fletcher.

Kelvin was drafted in as a last-minute replacement for Jamie Laing after the latter suffered an injury in the opening stages of the series.

In a close final, it was Kelvin who charmed the public enough into becoming the King of the Dancefloor.

Oti still remains in the competition with Bill Bailey this year as the pair became surprise favourites after showing massive potential early on.

Bill and HRVY are the rank outsiders for a shock exit at 20/1 and 12/1 odds respectively with Jamie looking the most likely to leave at just 1/3 odds.

Jessica O’Reilly of Ladbrokes said: “Jamie’s had a good run on the show this year, but it looks like he’ll be swapping Elstree for his beloved Chelsea soon enough as the next dancer to leave the competition.”

Strictly Come Dancing continues on Saturday at 7pm on BBC One.