However, Brianna (played Sophie Skelton) was left shaken when she heard Bonnet (Ed Speelers) was still alive, fearing he would come after her and try to take Jemmy away from her. Eventually, the Outlander villain managed to trap Brianna and trick her into reuniting him with their son. Just when it looked like all was lost, Claire (Caitriona Balfe), Jamie Fraser (Sam Heughan) and Roger (Richard Rankin) turned up to stop Bonnet getting away.

Jamie and Roger both volunteered to shoot Bonnet and finally be rid of him but Brianna begged them not to.

The pirate was put on trial and faced death by drowning. However, unable to watch hims suffer, Brianna shot him in the head so she knew he was dead and couldn’t return.

Fans have speculated whether or not Brianna killed Bonnet out of mercy or for revenge. Now, author of the Outlander novels, Diana Gabaldon, has revealed Brianna needed to see the villain suffer so she could move on.

Speaking on the Outlander End of Summer Series, Diana was asked: “Did Bree shoot Bonnet out of pity or revenge? Or both? Inquiring minds what to know.” 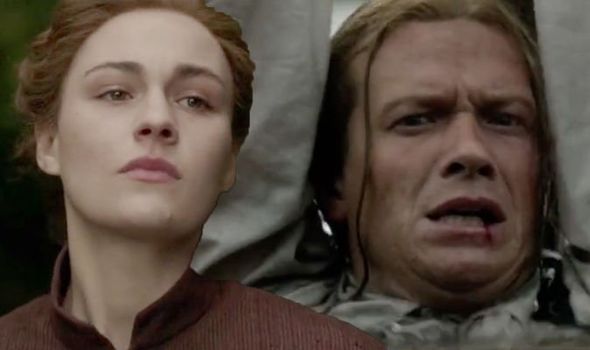 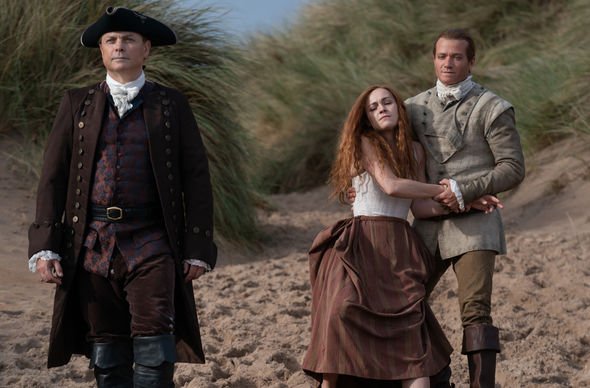 Showrunner Maril Davis jumped in first, explaining: “We did purposefully leave it ambiguous, we did not want to answer that question.

“We felt the audience could make up its mind. I will say for my personal perspective, and this is not talking for the writers, for me it felt like a little bit of both.

“It wasn’t really so much revenge. In my mind I don’t think Brianna’s character is a revengeful sort really. She wouldn’t want to see anyone suffer. She knew Bonnet’s worst fear was drowning and honestly that’s a horrible way to go.

“So I think it was pity and I think she just wanted it to be over.” 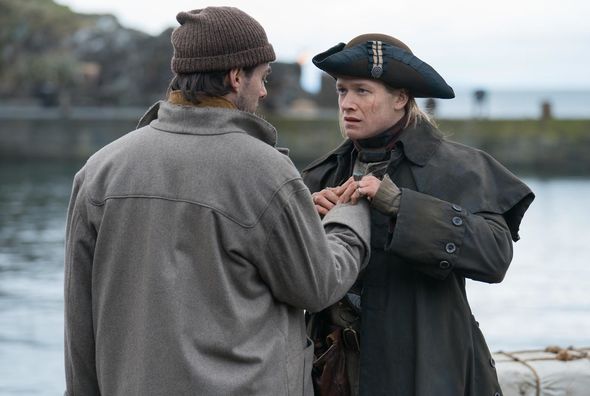 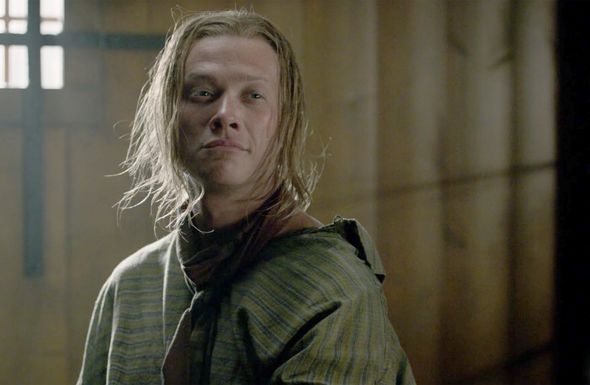 “I value ambiguity,” Diana added. “I really like that.

“It’s easier to do in a novel but you did a good job of it in the show.

“As for Brianna, mostly she had mercy for him because she knew exactly horrible that would be for him, and he would die regardless.

“There’s also the sense of finality of drawing a line under it. She says in the book, ‘I’m the only person for who this is harder.’

“But she didn’t. She wanted him tried and to face the consequences and so forth but when it came down to it, you know, she would give him that gift and send him on his way quickly.”

Actor Ed recently opened up on being replaced as another villain prepared to step into his shoes.

Speaking on the Outcasts podcast: “For me, I wouldn’t tend to lean on thinking abut that too much because as long as I have, for me personally, I set myself a very clear way of how I want to approach something.

“Even with a character like this, you don’t do it to leave a legacy of what that character was or what he represented, you just have to play the truth of what is represented to you.

“Of course, as you say, huge adversity comes to the principles of this show and that’s part of it.”