Whether you think it’s the best TV series in the franchise or not, you can’t deny that Star Trek: The Next Generation had a bloody great cast that, over the course of seven seasons and a handful of movies, are just as familiar to fans as Captain Kirk, Spock, Uhura et al.

That’s why we’re super excited over this reunion picture, which gathers most of the main actors from the franchise’s revival for a reunion.

As Sirits wrote alongside the photo: “The gang’s all here. Well most of them anyway.”

One notable cast member who isn’t there is William Riker (Jonathan Frakes), but the actor is still involved with the franchise.

He directed an episode of Star Trek: Discovery that aired earlier this year. 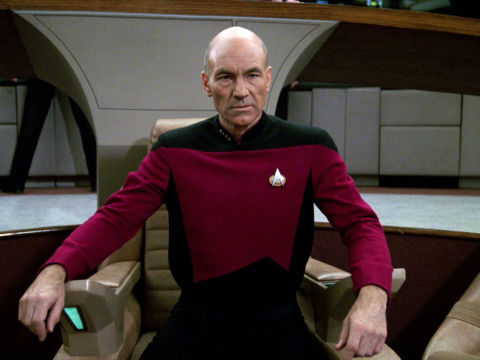 The iconic Sir Patrick is returning to the franchise as everyone’s favourite starship captain in a new series to focus on the next chapter in the character’s life, which he hopes will be a light in the dark times.

Star Trek: Discovery will return to CBS All Access in the US and Netflix in the UK in 2019.