Peaky Blinders enjoyed one of its strongest runs to date with season four seeing the Shelby clan face off against mob boss Luca Changretta.

Despite a big casualty (RIP John Shelby), Tommy and co largely survived unscathed come the end of the season, which is perhaps unsurprising given that the BBC commissioned the fourth and fifth seasons of the show at the same time.

What’s more, creator Steven Knight is now planning the sixth and seventh seasons, with season seven expected to mark the end of the show. “My ambition is to make it a story of a family between two wars, so always I’ve wanted to end it with the first air raid siren in Birmingham in 1939. It’ll take three more series [to reach that point],” he explained.

But before we get to those, what do we know about season five so far?

Peaky Blinders season 5 release date: When can we expect it?

Following the season four finale, the BBC confirmed that season five will be hitting our screens in 2019, but didn’t get any more specific than that.

Season four started in November 2017 after starting filming earlier that year in March and it’s been confirmed that season five will go into production in autumn 2018, so we should expect it by summer 2019 at the very latest, unless they want to hold it back until November.

We won’t know until the release date is confirmed, but one thing we do know is that the show is moving to BBC One for season five.

“Peaky Blinders is world class drama at the top of its game and the time has arrived for it to move to the UK’s biggest channel. Steven Knight’s epic storytelling is authentic and utterly compelling and I want to give it the chance to be enjoyed by an even broader audience on BBC One,” said Charlotte Moore, Director of BBC Content.

“We couldn’t have asked for a better response to series four and the impact it had with young audiences. This move will also give BBC Two more creative headroom to experiment with new drama.”

There’s been no confirmed cast details as of yet, but aside from Joe Cole, every other major character is likely to feature in season five. 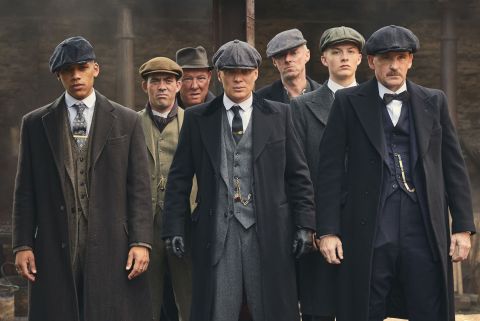 Before season four aired, it was also reported that Aidan Gillen would feature in the fifth season as Tommy’s ally Aberama Gold, along with his son Bonnie (Jack Rowan) who Tommy is helping to develop a boxing career.

Another character introduced in the fourth season that will be back is union convenor Jessie Eden (Charlie Murphy), while recurring characters like Lizzie Starke (Natasha O’Keeffe), Arthur’s wife Linda Shelby (Kate Phillips) and May Carleton (Charlotte Riley) are also likely to feature.

No word yet on whether we’ll be seeing Tom Hardy again as Alfie Solomons, although he looked pretty dead to us in the season four finale. 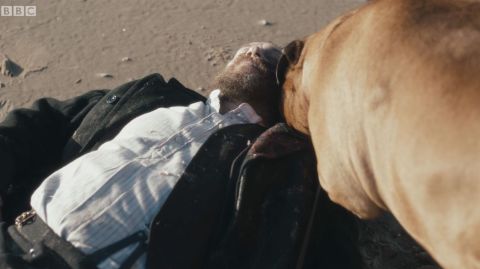 After the name check in season four’s finale, there was a chance we could see Al Capone now that the Peaky Blinders have business with him.

“That’d be great,” Paul Anderson told Digital Spy. “The period [the series is set in] now, he was running Chicago, New York, it was him… and Michael (Finn Cole) is over there, he’s making friends with him, so it would be great if we had that introduction to the mob.”

However, it’s not going to happen, according to Knight. “There’s not gonna be any Al Capone. There isn’t, there really isn’t,” he confirmed, adding: “Series five will have a lot of (big-name guest stars), I think.”

Fans had been campaigning for Stephen Graham – who played Capone in Boardwalk Empire – to land the part, though Anderson actually thinks his prior experience in the role might actually rule Graham out. 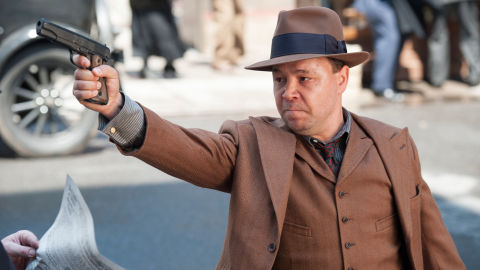 “It’d be like him coming in from Boardwalk Empire, it’d be like crossing shows. People would probably like that, but then it might be a little bit strange, or weird. Which is a shame, because he would be great [otherwise].”

Peaky Blinders season 5 plot: How does season 4 set it up?

After getting rid of both Luca Changretta and Alfie Solomons, Tommy is encouraged to take a break from the family business as Arthur explains “no-one wants to kill us”.

Unfortunately, the rest and relaxation doesn’t seem to agree with Tommy. His mental health issues begin to affect him on the three-month break, with Polly encouraging him to get help before he comes back to work with a new plan. 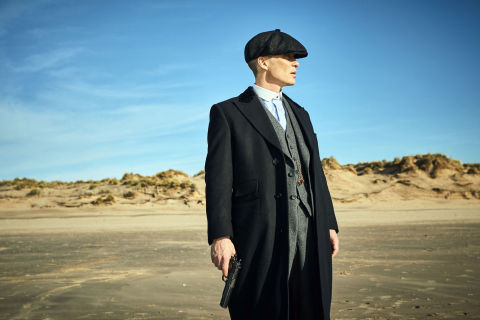 This involves him getting back in touch with Jessie Eden and promising her that “your cause is now my cause”, only for it to be a ruse for Tommy to get in with the Communist party and help the government deal with any issues.

“I can be of great use to you. I can give you the name of any Communist party member who is prepared to cross the line into armed revolution,” he tells the King’s Private Secretary (played by Donald Sumpter).

His one condition is that he can run as a Labour MP in the Birmingham South constituency, an election that Tommy wins by a landslide. Well, would you vote against a Peaky Blinder? 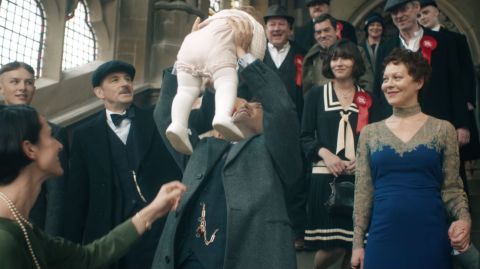 “I think [becoming a Member of Parliament], that’s just Tommy expanding his empire – his ambition is to have power in a lot of areas and that’s just another extension of his power,” Paul Anderson has said.

Whatever this career change for Tommy brings to Peaky Blinders, fans can expect “some sort of closure” at the end of season five, although Knight doesn’t think it will definitely be the end of the show.

“We’re all thinking that five will be the last one, but it’s not set in stone. I don’t want to be a hostage to that. I mean, I always hope we will get more. For all we know, we may even go beyond that,” he told Digital Spy, adding that the fifth season could feature a time jump to 1939 to tie in with his plan to end the show at the dawn of World War II in 1939.

On this point, Paul Anderson has said: “Each time, we do six episodes [per series]… and can you sum up the story in six episodes? Or do you need another six? That’s the question.

“If it doesn’t need a season six, I don’t think there’ll be one. But it may need one, because [six episodes is] such a short period of time.”