Following weeks of speculation, Piers Morgan confirmed on Sunday he will indeed be appearing on this year’s celebrity special of Who Wants To Be A Millionaire? opposite Jeremy Clarkson. On Monday morning’s episode of Good Morning Britain, Piers revealed the pair had “declared peace” after their rivalry had to come to an end.

Speaking this morning, Piers reiterated the news to ITV viewers after writing on his Twitter he would be taking part over the weekend.

He told GMB watchers: “I’m now in the unnerving position to confirm I have taken part in Celebrity Who Wants to Be a Millionaire?

“For a Boxing Day special appropriately, given that the host is somebody who once punched me three times in the head.”

His co-host Susanna laughed: “[Someone who] you used to box with.” 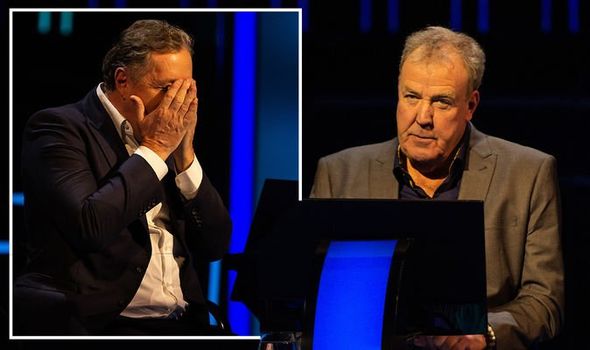 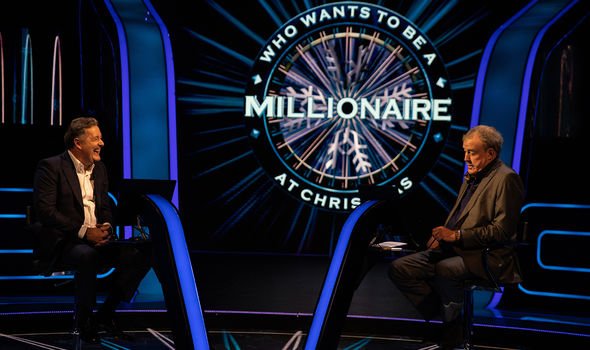 Piers went on: “It was as tense as you would imagine with Mr Clarkson and I.”

Susanna went on to probe: “When was the last time you and Jeremy Clarkson were in the same room together?”

Piers seemed to confirm there would be no more warring to come from the famous duo.

“We sort of kissed… we didn’t kiss and makeup, we bear-hugged and had a big night out at my local pub, and drank ourselves to oblivion and declared peace after a 10-year feud,” he explained. 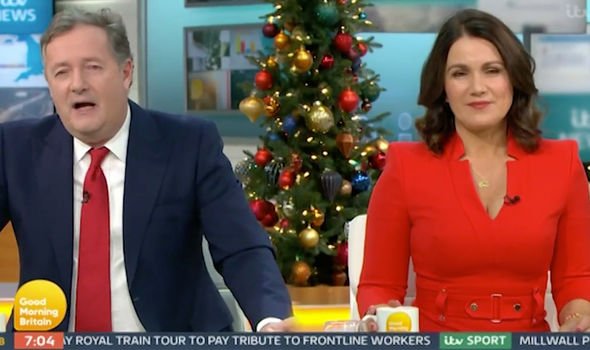 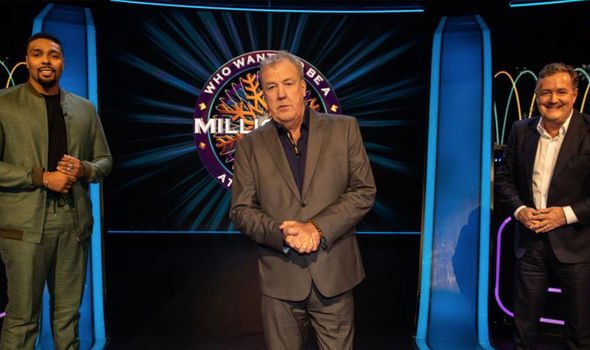 The attention turned to a picture of Piers with his hands over his face looking defeated.

“Is that a spoiler alert, that picture?” Susanna teased.

“That picture there, that is not a spoiler, I don’t think it’s the moment I either win a million or don’t.”

Susanna went on to joke: “That’s the moment you realise, ‘Oh my goodness, I’m under pressure to answer questions.’”

Piers spoke in more detail about what viewers could expect from the pair’s long-awaited reunion.

He shared: “I’ve got to say it was a fascinating encounter, and I think it’s fair to say the banter is off the charts as you can imagine.

“I think at one stage he actually shows viewers his gnarled finger he broke hitting my head, that’s how hard that head is…but it’s good fun.”

Other stars who will be appearing include actress Last Tango in Halifax star Ronni Ancona and Coronation Street’s Kym Marsh.

In view of his 7.7 million Twitter followers, the news presenter shared on Sunday afternoon: “BREAKING: Yes, it happened.

“I’ve appeared on Celebrity Who Wants To Be A Millionaire, hosted by a man who once punched me in the head.

“It airs on Boxing Day (appropriately) and it went… well…” he revealed.

The celebrity special of Who Wants To Be A Millionaire airs on Boxing Day on ITV.