Yesterday evening the Duke and Duchess of Sussex revealed they “intend to step back as ‘senior’ members of the royal family, and work to become financially independent”. However, they added they would continue to “fully support Her Majesty The Queen”. Speaking on Good Morning Britain today, Susanna Reid and Ben Shephard were keen to find out what Trisha Goddard and the Queen’s former press secretary Dickie Arbiter thought of the announcement.

“They had a brief chat with the Prince of Wales some time ago and he cautioned them to get everything in place before you make an announcement.

He continued: “They didn’t listen to him. They made the announcement.” 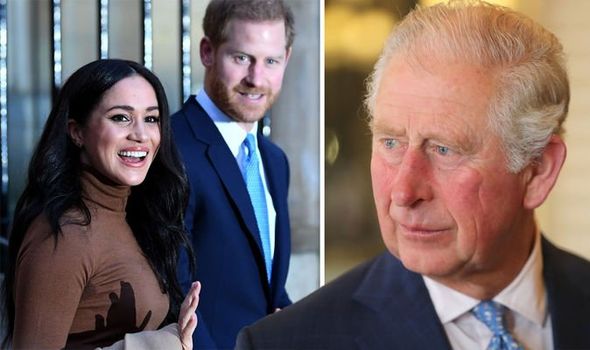 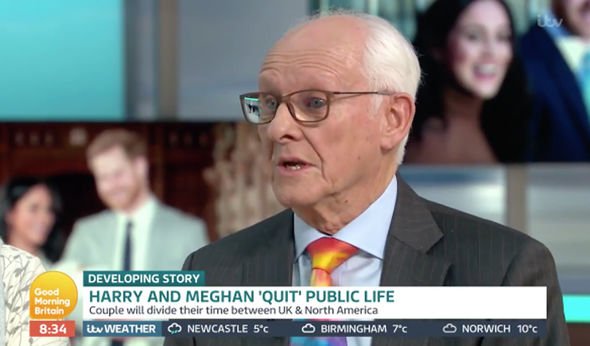 “Maybe someone was going to leak it and they got there before them,” Trisha interjected.

But Dickie disagreed: “Well, I very much doubt that but they didn’t wait.

“They put this out and everyone is now saying well what about the house in Windsor that cost £24 million to renovated which is going to be empty for most of the year at the tax payer’s expense? 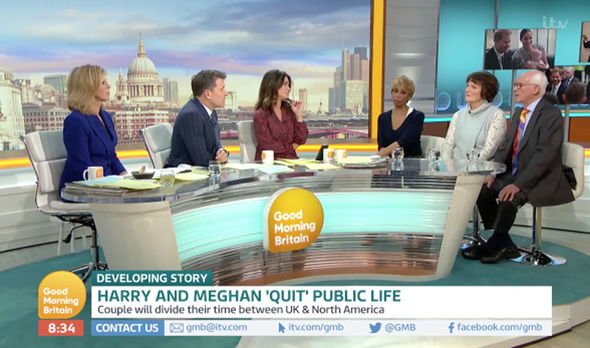 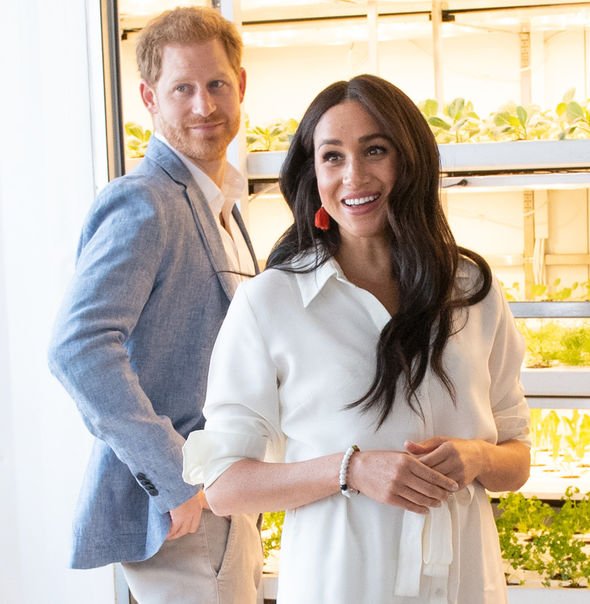 “There are lots of details still to discuss,” Ben chipped in.

“How will the Queen be feeling this morning? You’ve known her personally.”

“The Queen will be feeling very let down and very angry,” Dickie stated.

“Really?” gasped Susanna to which Dickie replied: “I would have thought so.

“Because look, the Epstein thing and Andrew has been going on for ages. This is a bombshell that has just dropped.

“And to suggest the photograph of the Queen and three heirs in waiting was the touch paper is absolutely nonsense.”

The Duke and Duchess further added in their statement the plan to “balance our time between the United Kingdom and North America”.

They continued: “This geographic balance will enable us to raise our son with an appreciation for the royal tradition into which he was born, while also providing our family with the space to focus on the next chapter, including the launch of our new charitable entity.

“We look forward to sharing the full details of this exciting next step in due course, as we continue to collaborate with Her Majesty The Queen, The Prince of Wales, The Duke of Cambridge, and all relevant parties.

“Until then, please accept our deepest thanks for your continued support.”