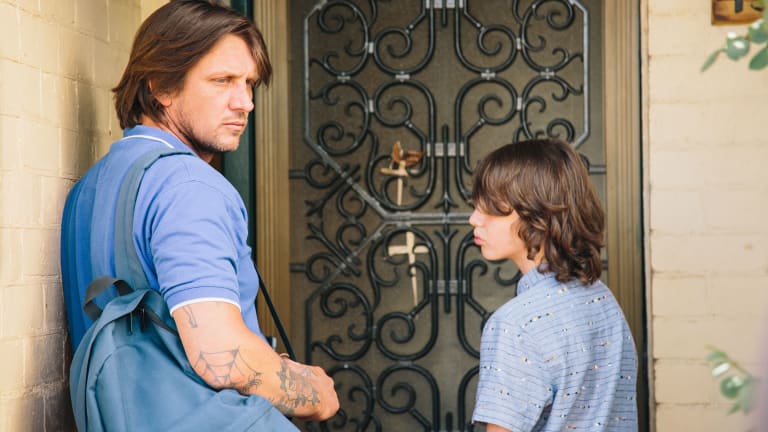 This first feature from local writer-director Jason Raftopoulos is a conventional but touching social-realist drama.

It follows a day in the life of no-hoper courier Jim (Damian Hill) as he drives around Melbourne's industrial west looking for ways to pay off a debt, while bonding with his alternately sulky and supportive young son Alex (a very natural performance from newcomer Ty Perham, Hill's stepson in real life).

The low-key exchanges between the pair contrast with the more melodramatic, less believable aspects of the plot, but the riffs on crime-movie convention are quite enjoyable in themselves – as when Kat Stewart turns up as an unlikely drug dealer.

Raftopolous' promise as a director shines through most clearly in the final scene, where the story is effectively resolved through a couple of emotional reaction shots.

However, even with the film's brief running time, this ending continues for about a minute longer than it needs to.