South African Apartheid is a major plot in The Crown Season Four, in which the Queen is seen having a disagreement with Margaret Thatcher over imposing sanctions on the regime. While Mrs Thatcher insisted it was not in the UK’s economic interests to do so, Her Majesty wanted the UK to stand alongside the 48 other countries in the Commonwealth in opposing the racist government. Their disagreement fractured the relationship between Prime Minister and monarch, and the Queen is then seen deliberately leaking her displeasure to the press, breaching her position of political impartiality.

In this way, the Netflix drama firmly places the Queen on the right side of history in terms of opposing South Africa’s oppressive regime, but asks relevant questions as to whether she should have made her personal opinions about the Prime Minister known.

Mr Mandela is famous for being the face of opposition to Apartheid and for spending 27 years in prison for his efforts.

After being released in 1990, he negotiated with President FW de Klerk to end apartheid, which resulted in the 1994 multiracial general election, in which Mr Mandela led the ANC to victory and became President.

He led a broad coalition government which promulgated a new constitution, emphasised reconciliation between the country’s racial groups and created a Commission to investigate past human rights abuses. 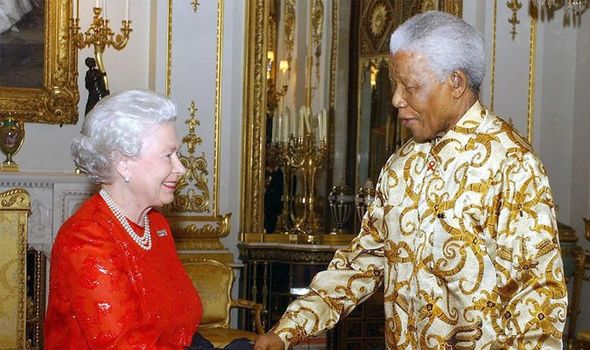 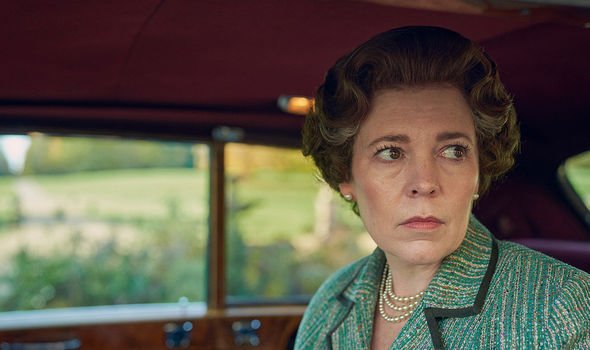 Mr Mandela had a friendly relationship with the Queen and even flouted royal protocol to call her by her first name, Elizabeth, according to a memoir written by his former personal assistant Zelda la Grange.

He was even comfortable enough to make a bold comment about the Queen’s weight.

She wrote in her memoir ‘Good Morning, Mr Mandela’ published in The Sunday Times Magazine about how she travelled around the world with the President, who she refers to by his clan name Madiba. 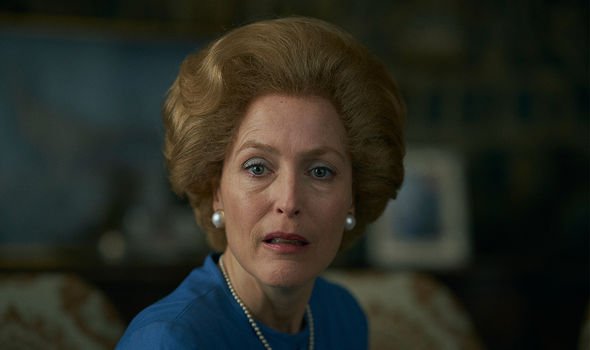 She said: “On a visit to Britain, I was struck by the warm friendship between Madiba and the Queen.

“‘Oh Elizabeth,’ he would say when he greeted her, and she would respond: ‘Hello, Nelson.’

“I think he was one of the very few people who called her by her first name and she seemed to be amused by it.”

Mr Mandela was President for just five years, declining a second term, and was succeeded by his deputy Thabo Mbeki. 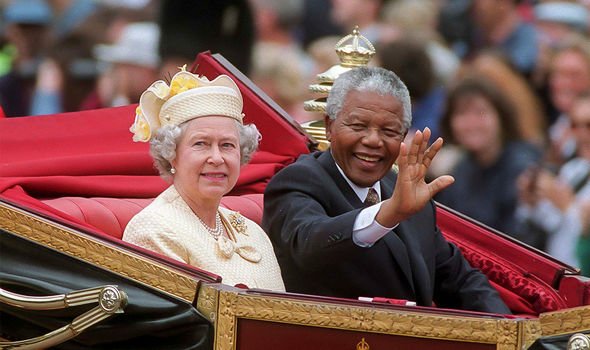 In his latter years, he focused on combating poverty and HIV/AIDS through the charitable Nelson Mandela Foundation, before sadly dying in 2013.

Ms Grange recalled in her memoir how out of touch her boss and idol had been with popular culture.

Upon meeting Brad Pitt, he asked the actor what it was he did, and the star replied: “I try acting for a living.”

However, Ms Grange also admitted that growing up in Apartheid South Africa, she herself had viewed Mr Mandela as a “terrorist”. 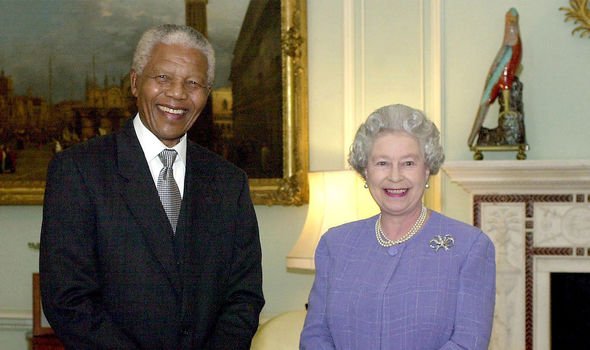 Having come from a “typical Afrikaner middle-class family” whose “respect for authority superseded common sense”, she acknowledged that she was “a racist by the time I was 13” and even voted against ending Apartheid.

However, she later came under Mr Mandela’s wing while working as a government clerk in Pretoria and took on a typist’s role under the new President.

Upon meeting him for the first time, she was overcome by “a feeling of guilt”.

She wrote: “How do you correct all of that prejudice in five minutes. Suddenly, I wanted to apologise.” 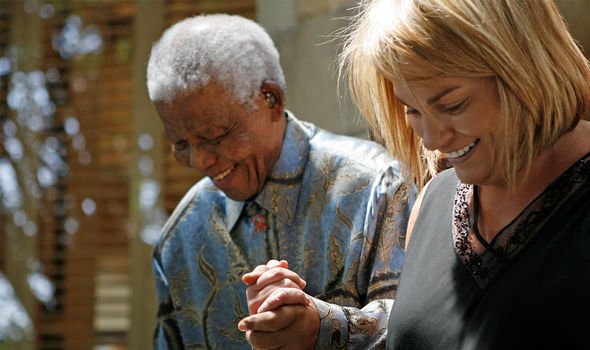 When Mr Mandela was on his deathbed, she visited him as much as she could and grieved deeply for him when he passed away.

She wrote: “My heart shattered. A physical pain I cannot describe to anyone, but I am sure has been felt by so many people.

“I so badly wanted to walk to Mandela to give him a hug but I couldn’t.