“This is the sad tale of the township of Dogville.” With those words, spoken by off-screen narrator John Hurt, writer-director Lars von Trier introduced us to a community (and a movie) that invited audiences to project their own darkest impulses onto it. A three-hour opus of misanthropy, hypocrisy and violence, the Danish filmmaker’s 2004 thumb in the eye of small town U.S.A. remains, to date, his biggest salvo against a far-off land that fascinates and vexes him in equal measure. Dogville was conceived during one of our nation’s bleakest periods that, now seen through modern eyes during an even bleaker moment in this country’s history, remains just as horrifying and provoking as when it was released. If this is Von Trier’s jaundiced view of the United States, he’s really taking aim at the idea of what America pretends to be — and so rarely is.

Von Trier hinted at his spiteful interest in the land of the free and home of the brave with his previous film, 2000’s Dancer in the Dark, in which Björk played an optimistic, going-blind immigrant mother freshly who is exploited and, eventually, sentenced to death. (Plus it’s a musical!) The director always enjoyed boasting that he’d never set foot here — partly because of a fear of flying, partly because it helped position him as the country’s fearless, defiant adversary. “I would have to fly to go to America, and that I don’t imagine I will ever do,” he once declared. “But I have seen a lot of films about America. … You shouldn’t underestimate that.”

With Dogville, Von Trier dropped his bomb, imagining a small, secluded, impoverished Colorado community trying to survive during the Great Depression. That was also a despairing moment in American history, of course, but great novels of that period, such as John Steinbeck’s The Grapes of Wrath, found strength in the decency and spirit of the country’s plucky citizens. These were fictional jus’ folks who maintained their dignity despite such difficult conditions. By contrast, there’s little decency or dignity in Dogville. There aren’t even walls.

As brilliantly conceived by the filmmaker and his production designer Peter Grant, Dogville takes place on one bare set in a blackened studio, with chalk markings on the floor indicating roads and suspended window frames suggesting individual domiciles. The simple staging recalls Thornton Wilder’s Our Town — written during the Depression but looking back fondly on small-town life at the turn of the century — but the absence of the usual set decoration strips away the artificiality from supposed sunny American domesticity. Here, everyone is poor, miserable and utterly devoid of moral fiber.

Into this world walks Grace, played by Nicole Kidman during a remarkable run of performances that included everything from the enigmatic spouse in Eyes Wide Shut to the impossible tragic beauty of Moulin Rouge. She is a woman on the run from dangerous gangsters, and her only hope is this quaint little burg … specifically, Tom (Paul Bettany), a self-satisfied aspiring author and philosopher who fancies himself the community’s social conscience. Seeing in Grace a chance to test Dogville’s ethical well-being — but, really, because he’s smitten with this gorgeous woman — the writer gathers the townsfolk to propose that they allow her to stay, despite the risk. In exchange, she will do tasks for each of the households for two weeks. Should the good citizens decide that she’s not worthy to stay, she’ll leave. 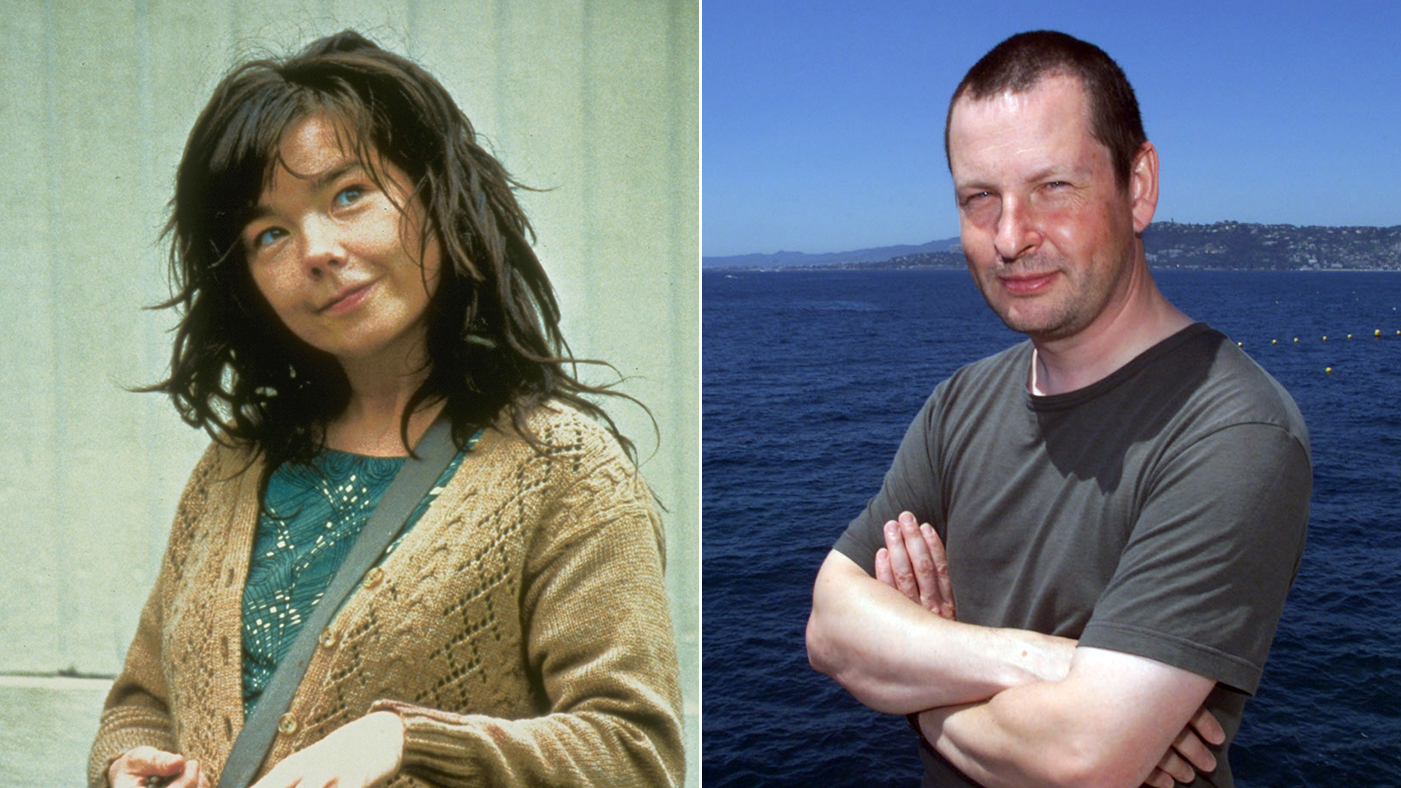 Empire of the Sunglasses: How ‘They Live’ Took on Republicans and Won

If Von Trier’s doom-laden previous work wasn’t enough of an indication: things do not go well for Grace. But the grim inevitability of the town’s eventual betrayal of this defenseless lass contains echoes from the day’s headlines — both back when the film was released and now.

The residents all seem like honorable, humble people: the kindly doctor (Philip Baker Hall), the chatty blind man (Ben Gazzara), the simple truck driver (Željko Ivanek), the regal shopkeeper (Lauren Bacall). But the more they get used to Grace’s selflessness, the more they take advantage of it. Her wages get cut, her hours get extended … and then things get especially fraught. Throughout this ordeal, the people of Dogville never stop feeling completely justified in their willingness to debase her. She’s fraternized with gangsters! She’s been accused of being a bank robber! Can’t be too careful! Tribalism and suspicion are thicker than the milk of human kindness.

When the film hit U.S. theaters, this warped parable felt like an attack on American protectionism in the wake of 9/11, condemning the nation for its overreaction and xenophobia, not to mention its willingness to use terrorism as a thin excuse to wage war in Iraq. (Talk about perfect timing: The film world-premiered at Cannes in May 2003, roughly two weeks after President Bush had declared “Mission Accomplished” from the deck of the USS Abraham Lincoln.)

But sadly, it’s a testament to Dogville‘s indictment of its targets’ evergreen wretchedness that viewers can watch the movie today and discover a whole different set of parallels. Grace’s plea not to judge these monstrous denizens too harshly (“The people who live here are doing their best under very hard circumstances”) feels uncomfortably similar to the protestations of “economic anxiety” that were meant to forgive Trump’s heartland voters. And the community’s treatment of her — which eventually leads to rape, subjugation and a conspiracy of silence — sickeningly recalls the #MeToo revelations that started springing forth a year ago, as hundreds of women spoke out against the harassment, assault and intimidation they’d faced from men. (And lest we forget, Von Trier is not immune from such criticism: In October, Björk detailed the director’s alleged sexual harassment on the set of Dancer in the Dark. He has refuted the claim.)

When the movie was released in the U.S., some critics ripped its anti-American stance — and its creator’s haranguing, dogmatic tone. To be sure, it is an uncompromising polemic, but there’s a lot of sorrow and humanity in its anger. You can feel it in the delicacy and nuance of Kidman’s performance, especially as Grace comes to recognize the town’s rancid heart. Even during the film’s taunting end credits — in which David Bowie’s biting “Young Americans” plays over photos taken from Danish photographer Jacob Holdt’s book American Pictures, which chronicled the country’s impoverished — the prevailing sentiment is of outrage and anguish at a country born of such promise that’s failing to living up to its own ideals.

For Von Trier, those ideals extend beyond the boundaries of America. Speaking with The New York Times‘ A.O. Scott at the time, the filmmaker noted that Franz Kafka never visited America when he wrote his critical novel Amerika, which was about the immigrant experience in this country. “I must say I’m very fond of this idea that Kafka didn’t go to America,” said Von Trier. “For me it’s about America, even though it’s about what he had seen in Europe. Somehow America is a canvas that you can use. Of course [Dogville] is, like Kafka’s book, inspired by my own meeting with not Americans but mostly Danish people. It could be a place anywhere.”

Dogville could be anywhere — it’s the manifestation of your anger at any organization, community or country that espouses high-minded principles and then reveals its true colors. There are no walls or streets in this place because its characters’ rottenness could take place in any number of locations across the globe. As fascism and alt-right movements spring up across the U.S. and Europe — and their deplorable behavior is condoned or normalized — the movie’s expression of creeping evil starts to feel ever-present, suffocating. “These are wicked times,” Tom is warned early on in Dogville. And like Grace, we’re not sure we’ll ever escape.