The first footage of the upcoming season of the Bravo show sees them having a fine dinner before the fight erupted between Teresa and Melissa and who is married to Teresa’s brother Joe Gorga.

AceShowbiz –
The ladies on “The Real Housewives of New Jersey” are back at it again. Teresa Giudice and Melissa Gorga reignite their feud in the first trailer for “RHONJ” season 9 despite making up in the last season.

Arriving via Us Weekly, the first footage of the upcoming season of the Bravo show sees them having a fine dinner before the fight erupted between the sisters-in-law. “Teresa, this one’s got you going in circles,” Melissa yells at Teresa while pointing to new Housewife Jennifer Aydin. “You don’t even know what you’re saying anymore!” 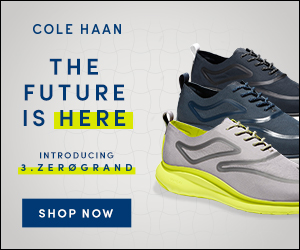 Teresa isn’t going to let it slide though as she hits back to Melissa. “You’re drinking the f***ing Kool-Aid with her,” she quips about the second new addition on the show, Jackie Goldschneider. “You want something b***h?”

Right after that, Melissa, who is married to Teresa’s brother Joe Gorga, then charges towards Teresa who is on the other side of the table. She yells, “You got the wrong f***ing girl!”

Teresa and Melissa have had a history before. The latter has accused the former of not treating her like family in the past. “I really don’t know if you’re going to really, like, love me like a real sister,” Melissa tells Teresa at the end of the trailer.

The trailer also features Margaret Josephs, Dolores Catania and Danielle Staub. Margaret joined the show last season, while fans have been familiar with Dolores since season 7. Jennifer and Jackie were announced as the new cast members for the upcoming season 9 back in April. A mother of five, Jennifer is happily married to a successful plastic surgeon. Meanwhile, Jackie is a mother of two and a friend of Margaret. She is a former real estate attorney who is recently starting her new career as a parent blogger.

“The Real Housewives of New Jersey” returns for new season on Bravo on Wednesday, November 7 at 9 P.M.