The singer enjoyed an outdoor shower before jumping into the sea from the boat's deck earlier today. 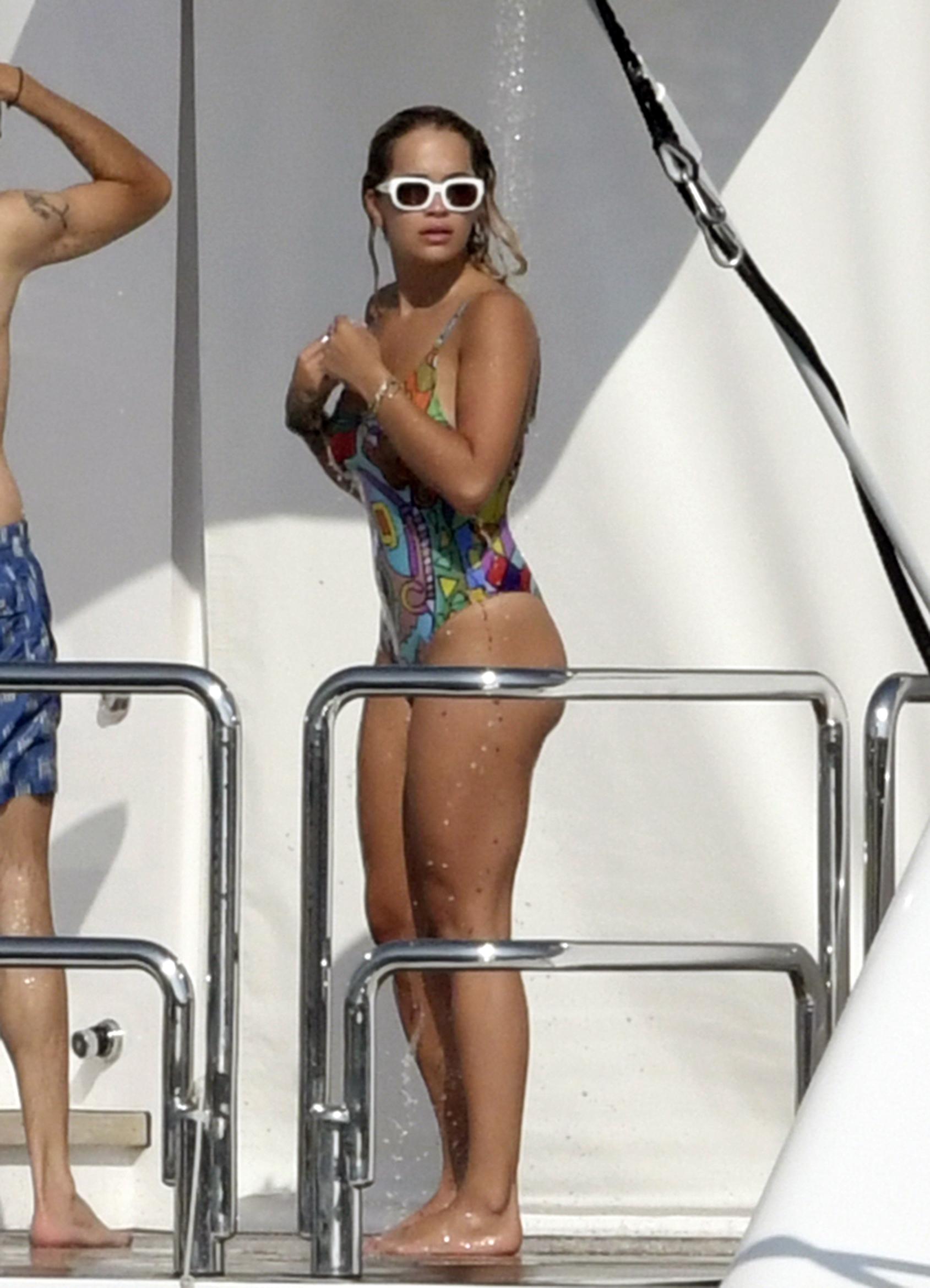 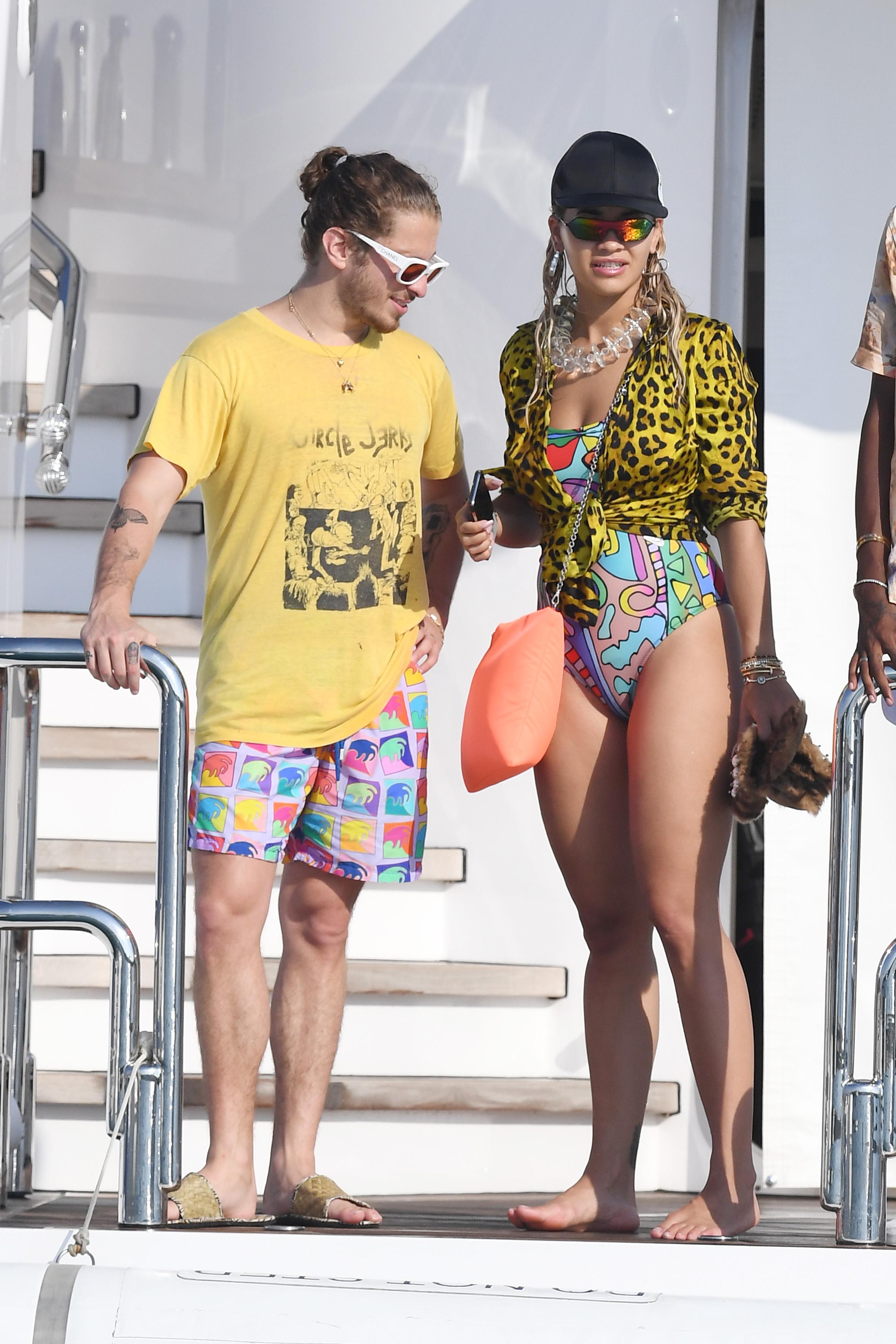 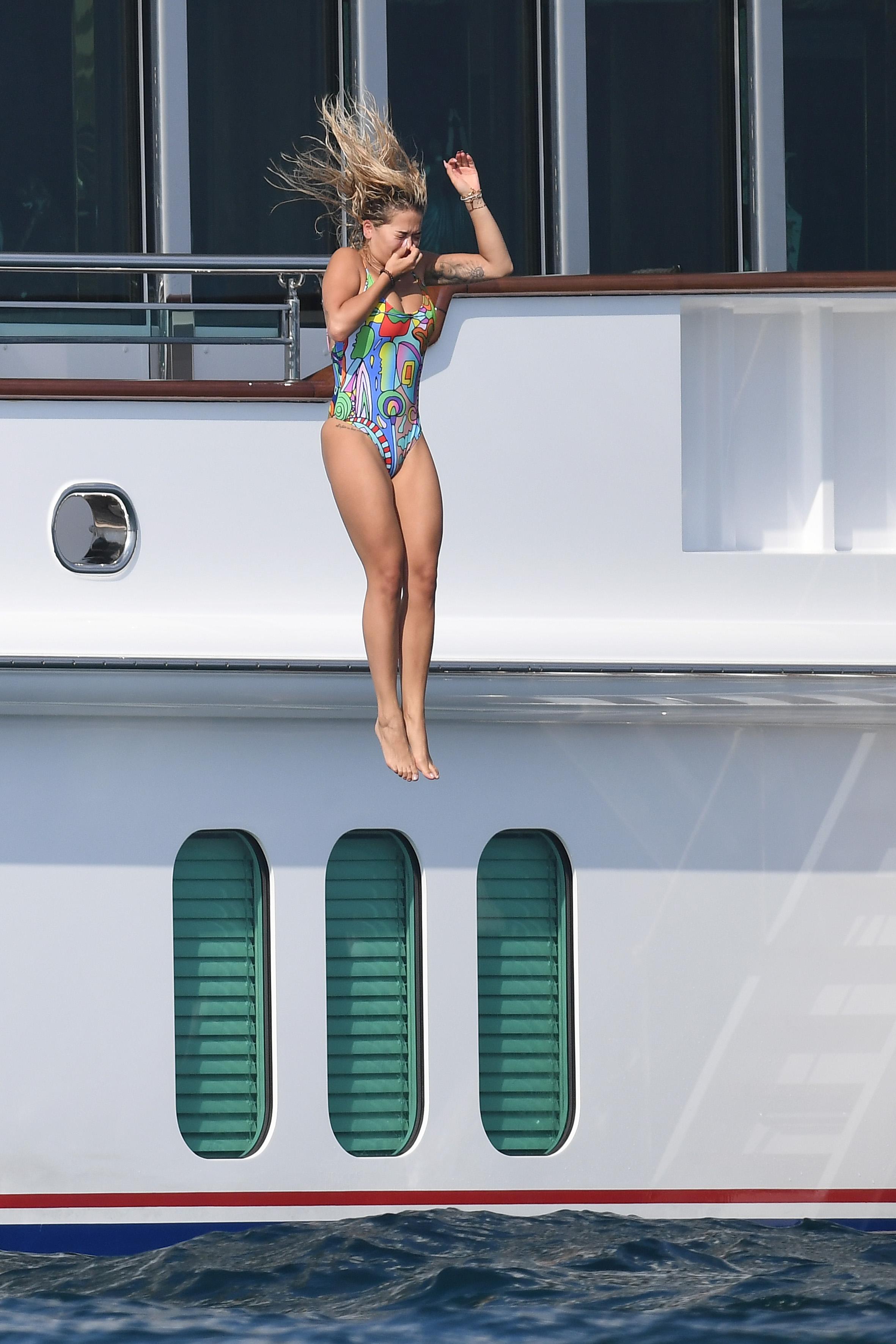 She spent the day with her rocker boyfriend Andrew Wattt along with pals including hunky male model Jordan Barrett and Towie star Vas J Morgan.

Andrew filmed Rita and her pals jumping into the sea from the posh yacht.

Rita's appearance on holiday came after The Sun revealed she is planning a tribute to DJ and producer Avicii at the MTV Video Music Awards on August 20 — four months to the day since his death.

A music insider told Bizarre: “Rita was hit hard by Avicii’s death and she knew she wanted to do something special to properly celebrate him and his legacy. 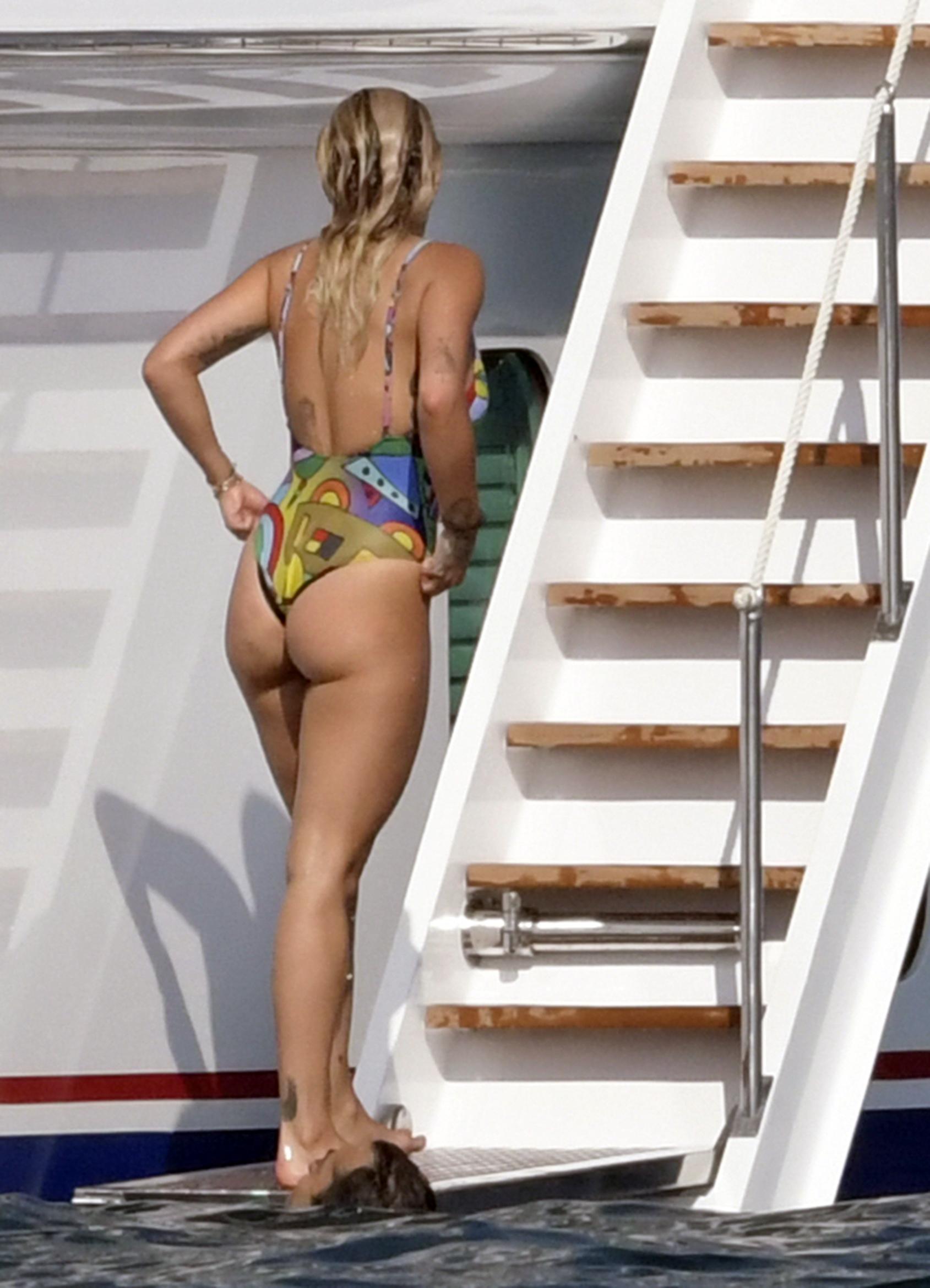 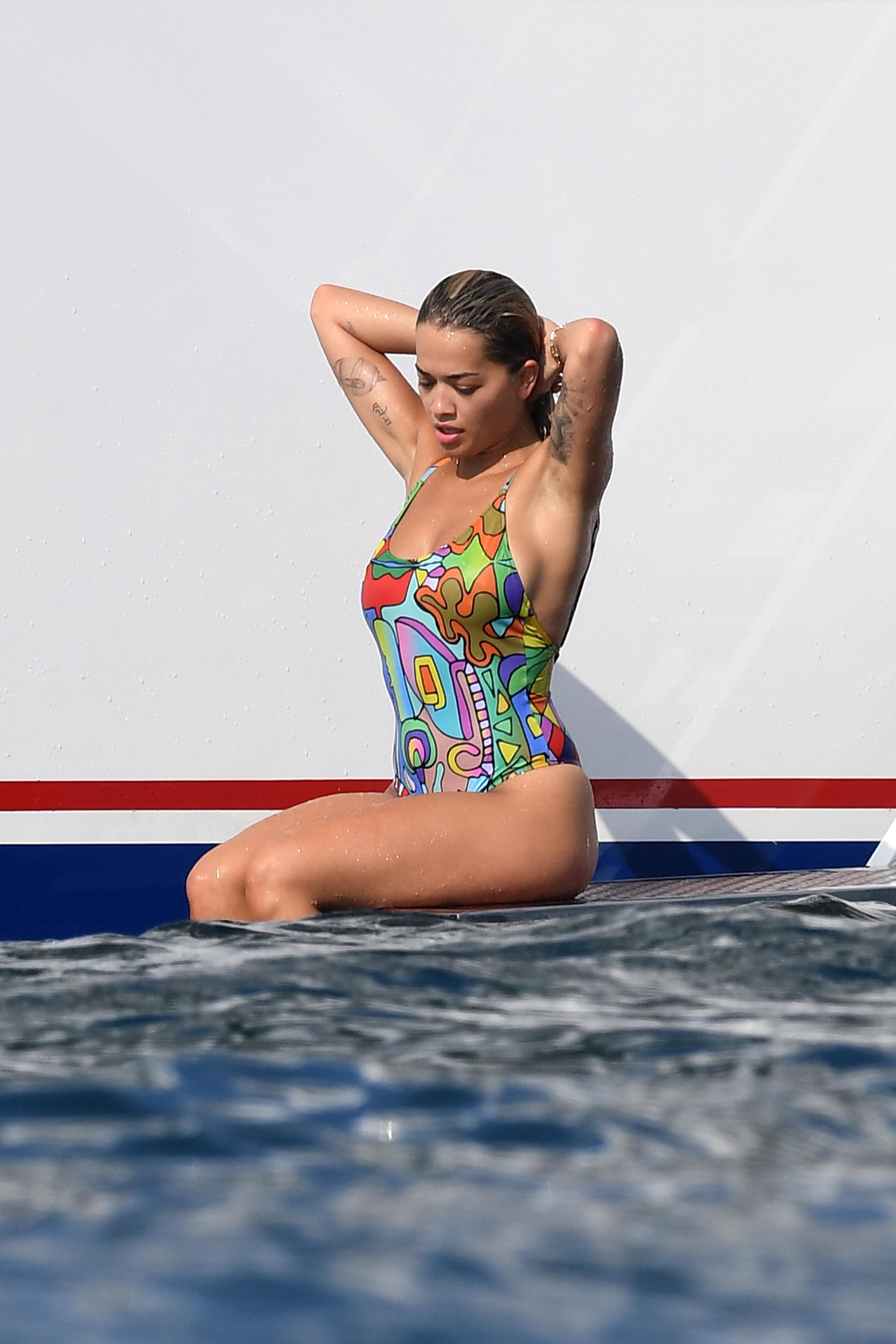 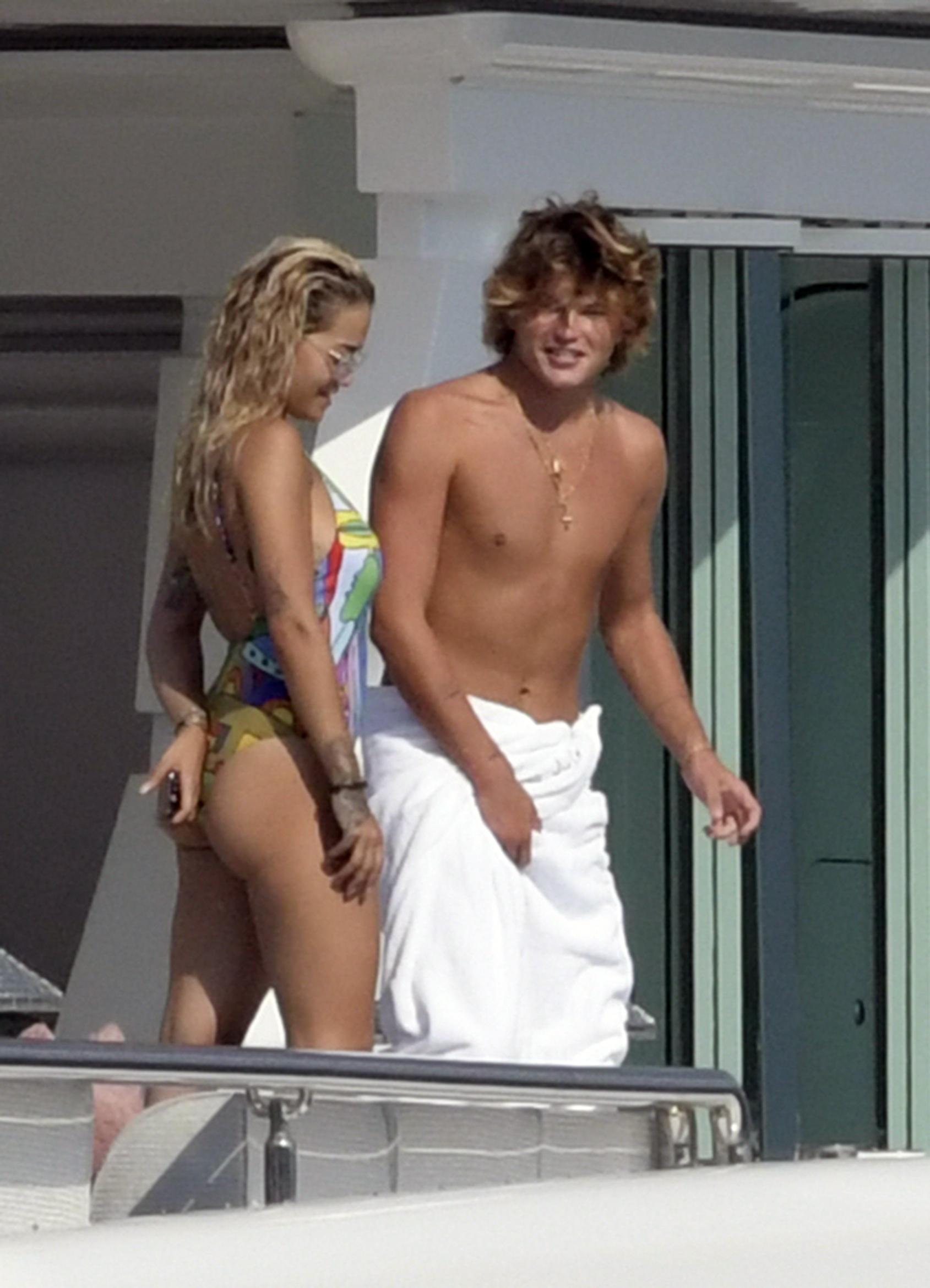 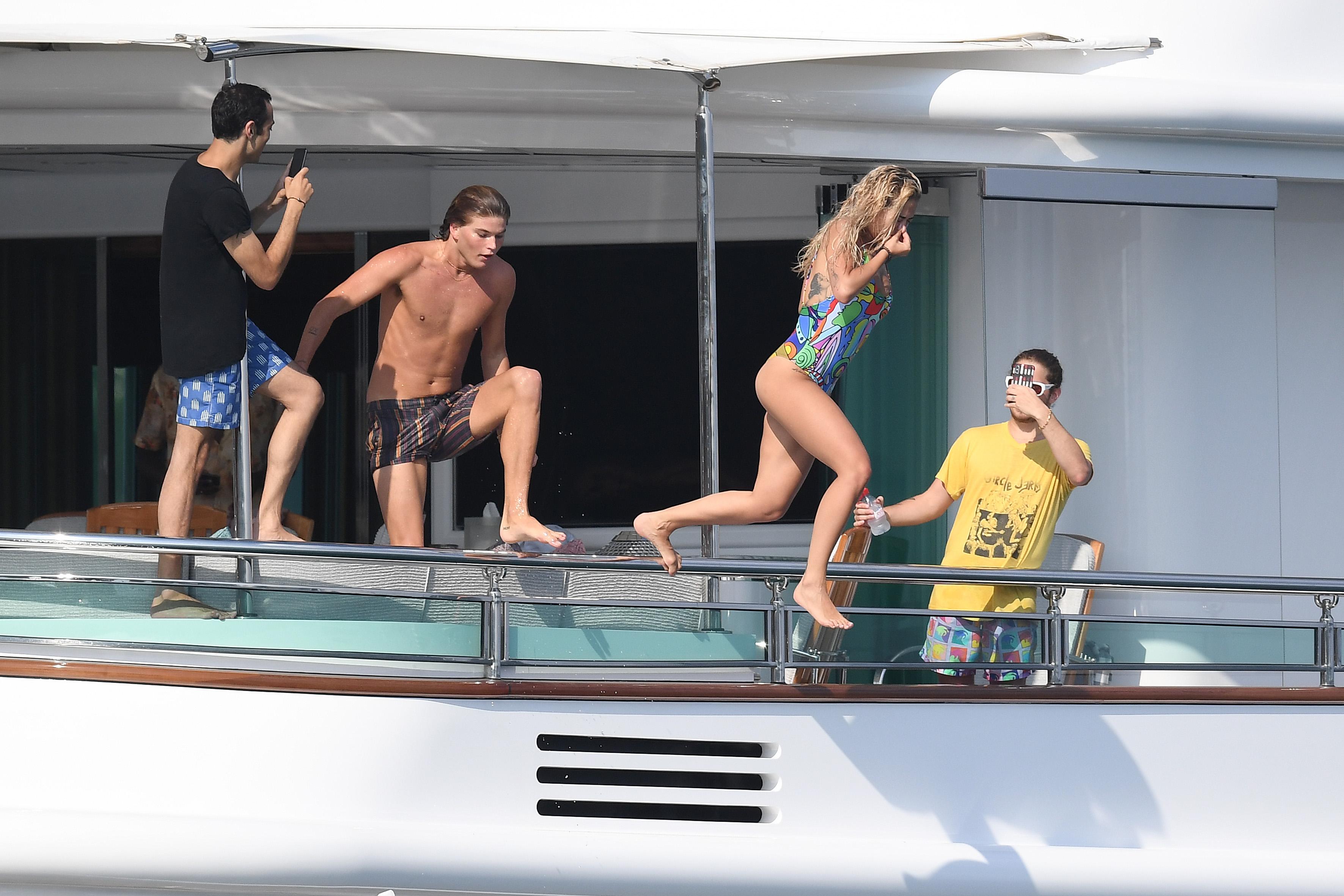 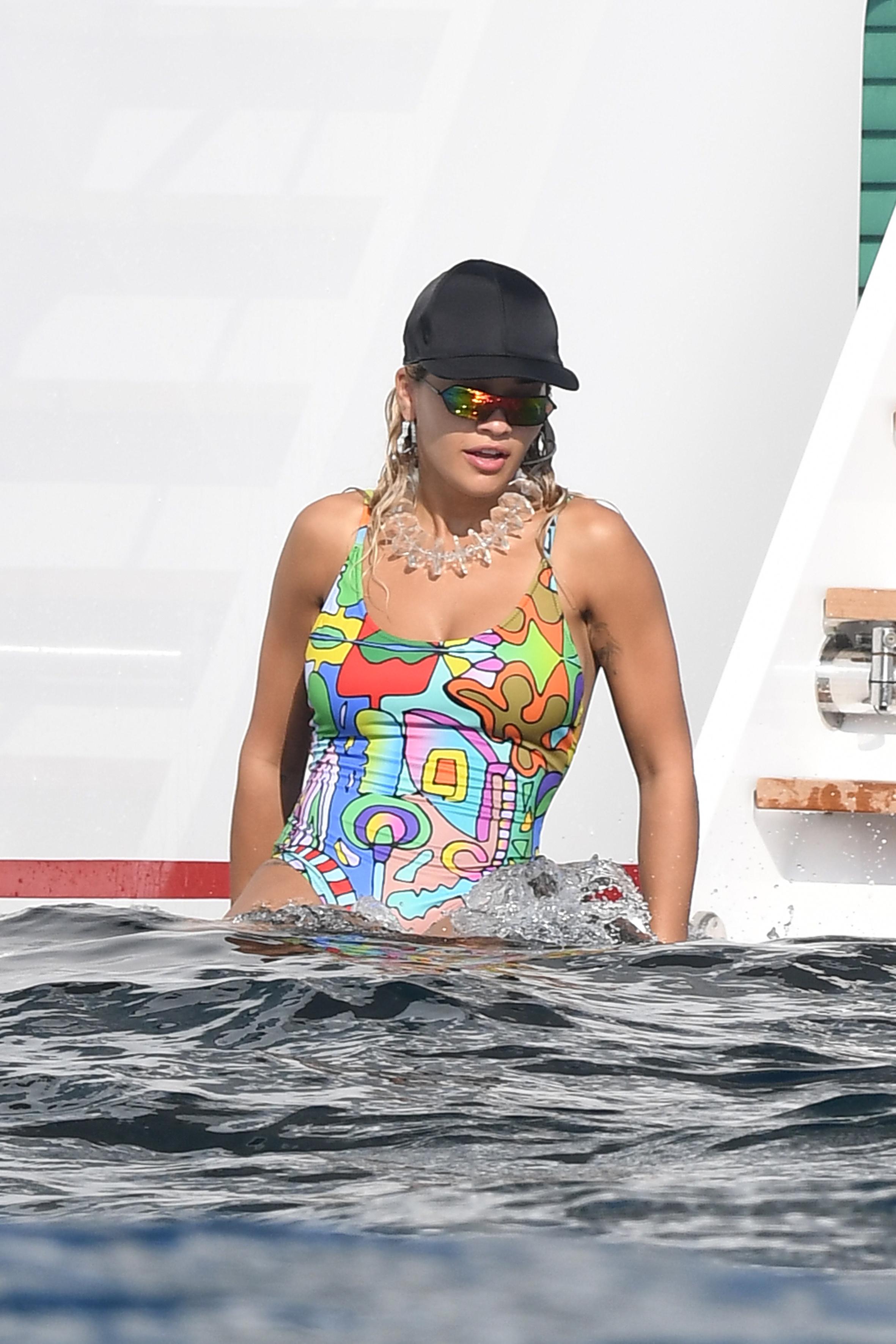 “She has spoken about him on stage while performing the song but she was thrilled when the VMAs said they would like her to do something at the ceremony.

“Details have been kept secret but it will not be a straightforward performance.”

Lonely Together is nominated in the Dance Video and Visual Effects categories at the event, which airs on August 21 at 8pm on MTV in the UK.

Following the Swedish musician’s death, Rita tweeted: “I have no words. I remember how amazing it was to make Lonely Together and it felt like just yesterday we were talking.

“Condolences to Avicii’s family, friends, and the fans who supported him. May he rest in peace. Heartbroken.” 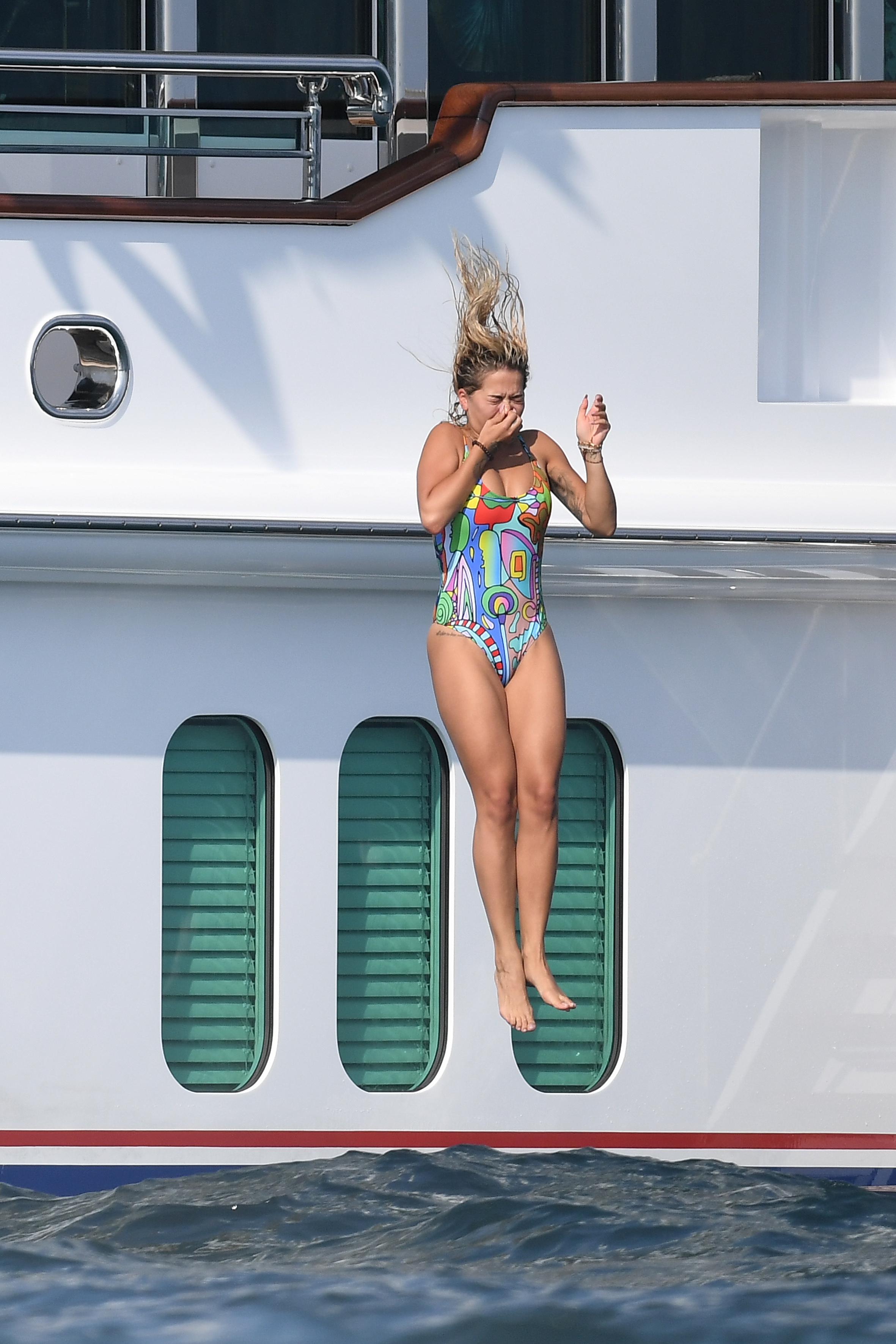 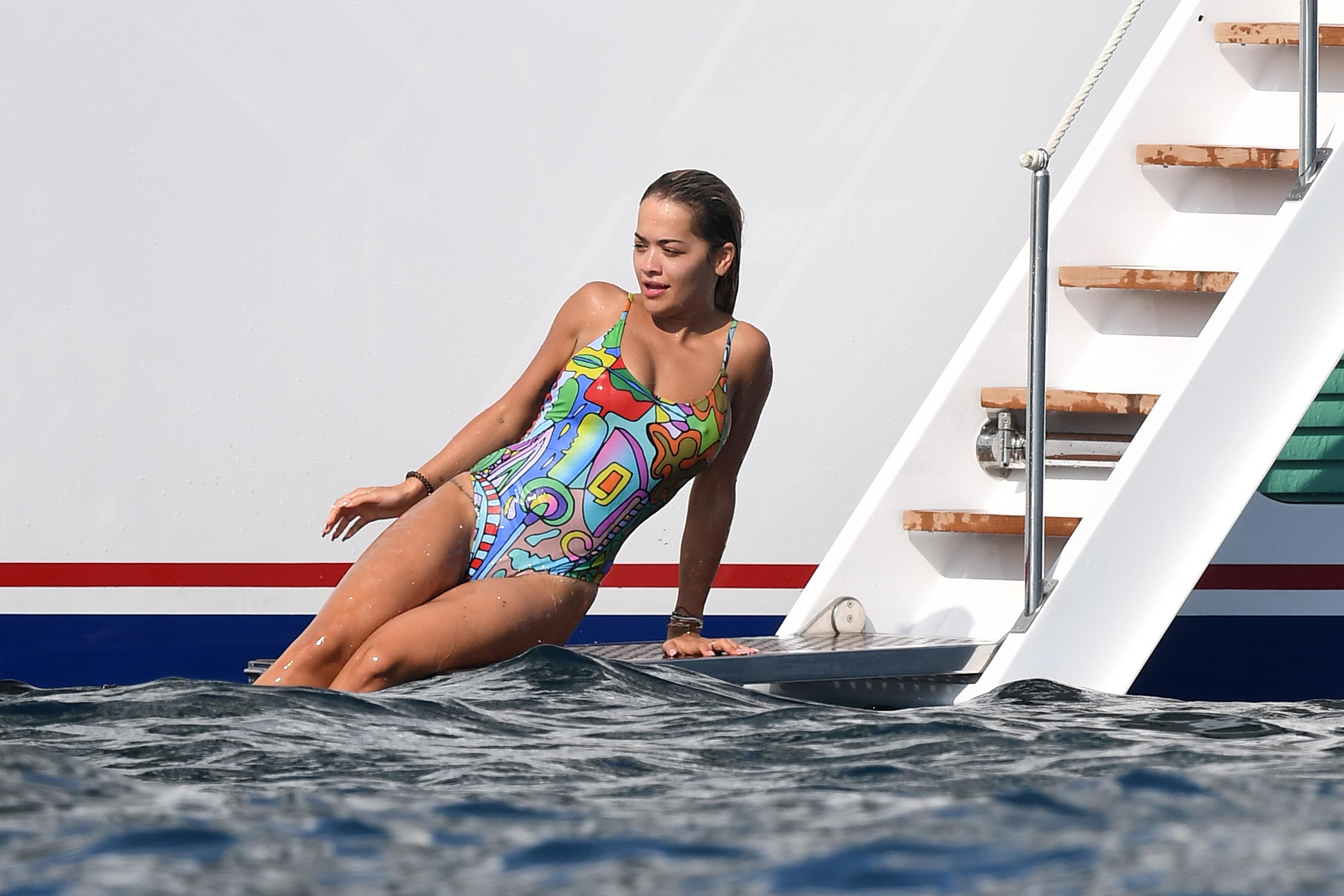 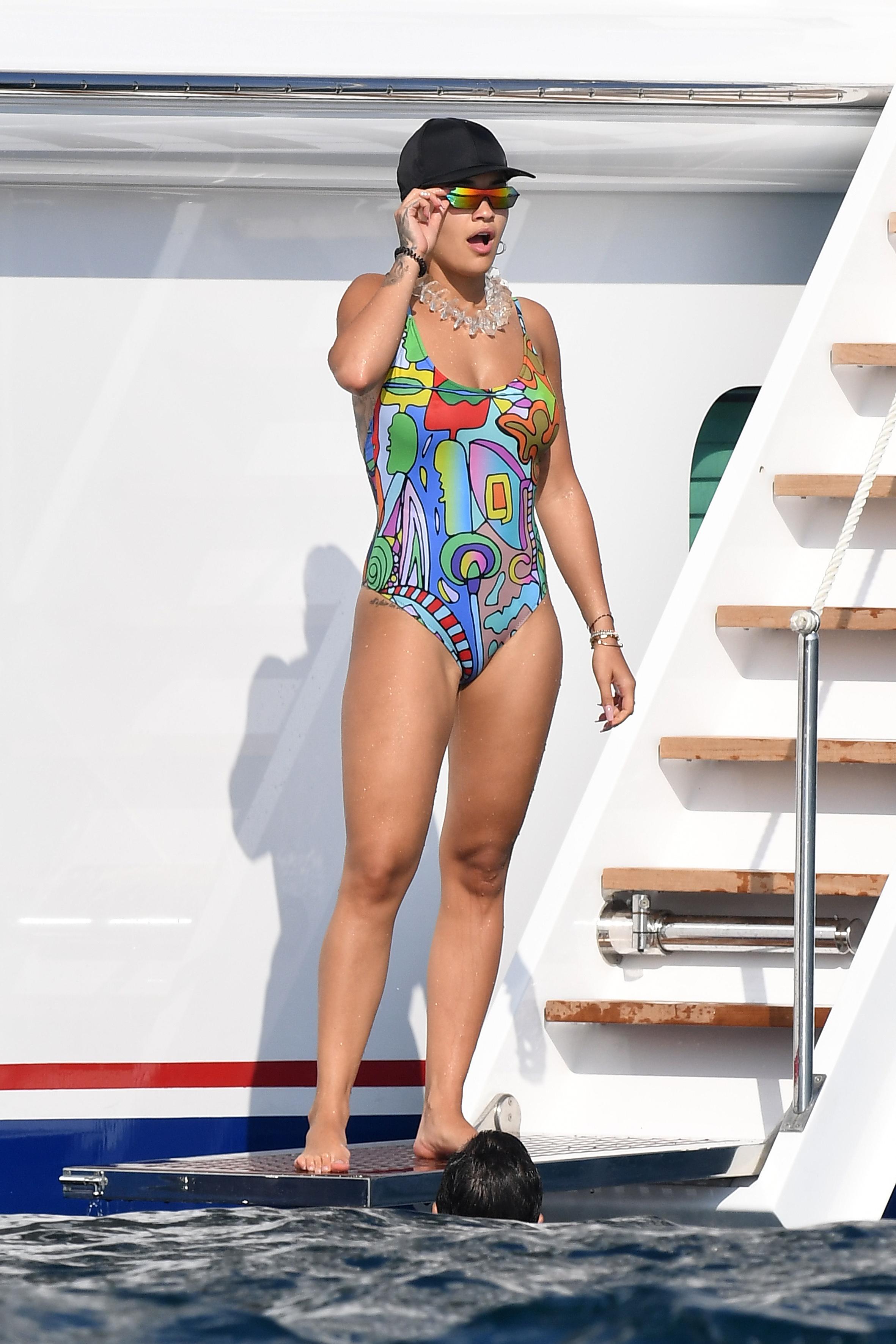 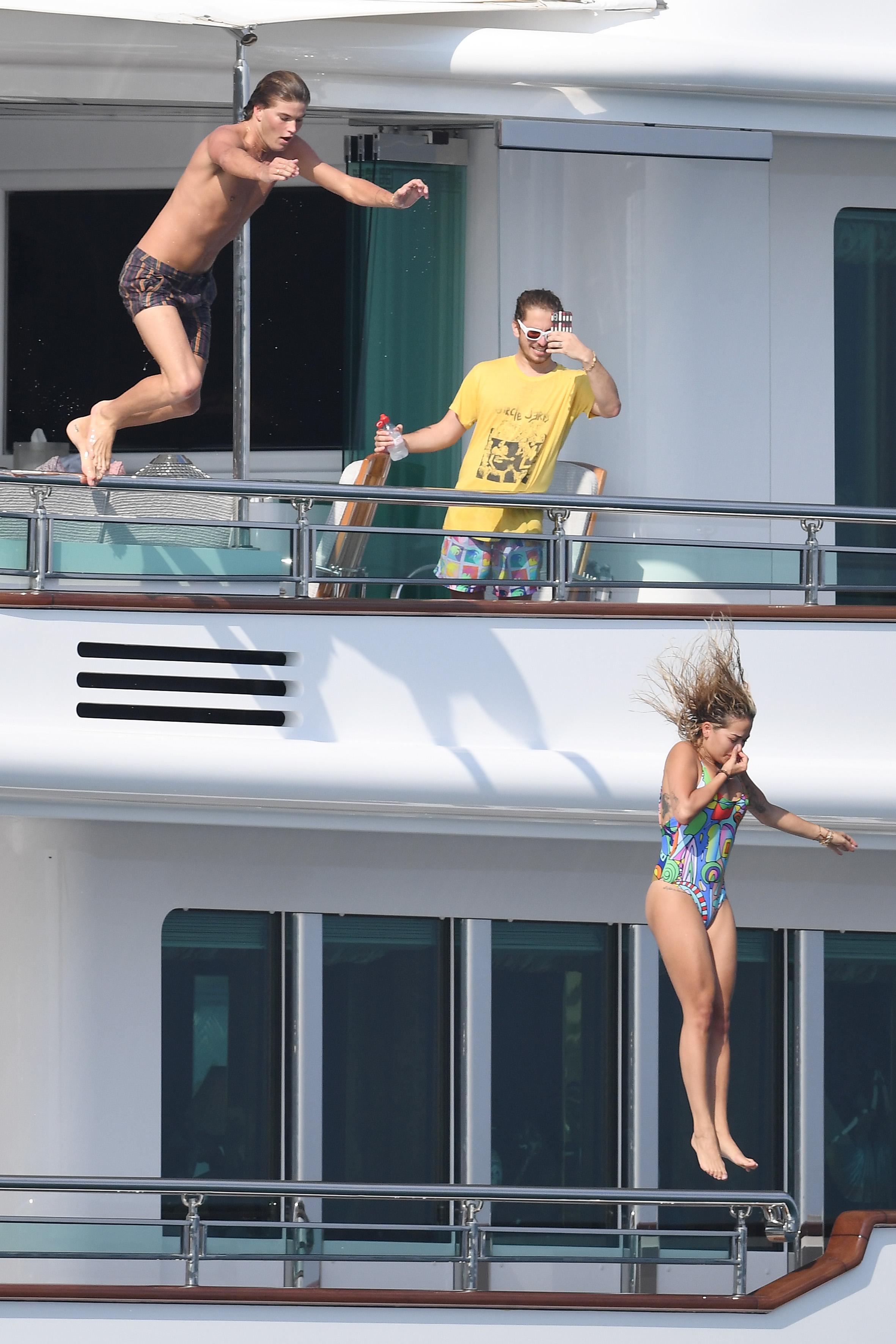 It's been a busy couple of months for the star who also signed to the Kate Moss Agency after falling out with rivals Next Model Management.

Relations were said to have become bitter between the star and the latter firm after she turned up late to shoots and budgets ran over on campaigns that she was involved with.

Speaking exclusively to The Sun, Rita — pictured performing at a charity event in Monaco on Tuesday — said: “Kate has always been a mentor and life-long friend. It’s a real honour to be working with her. 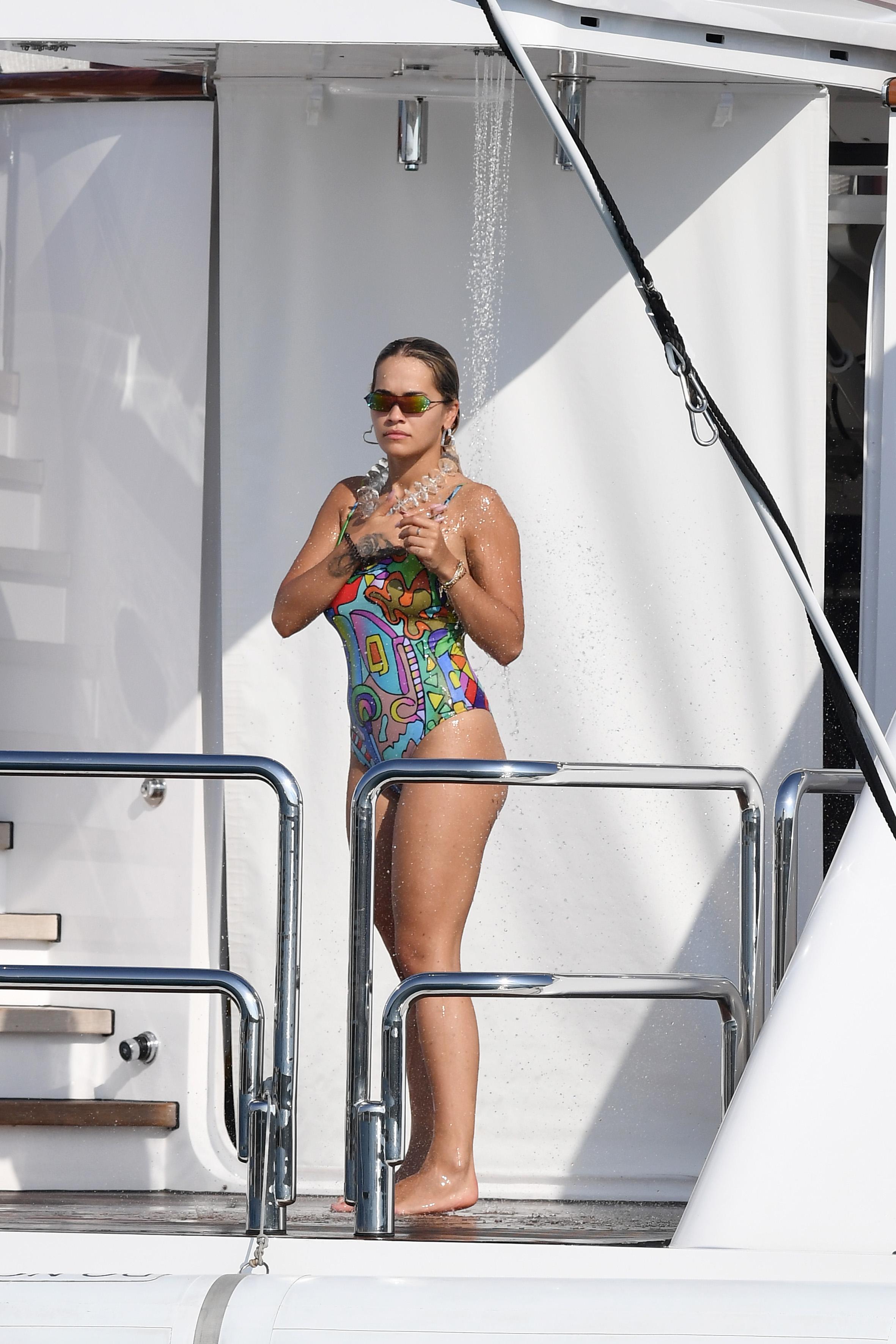 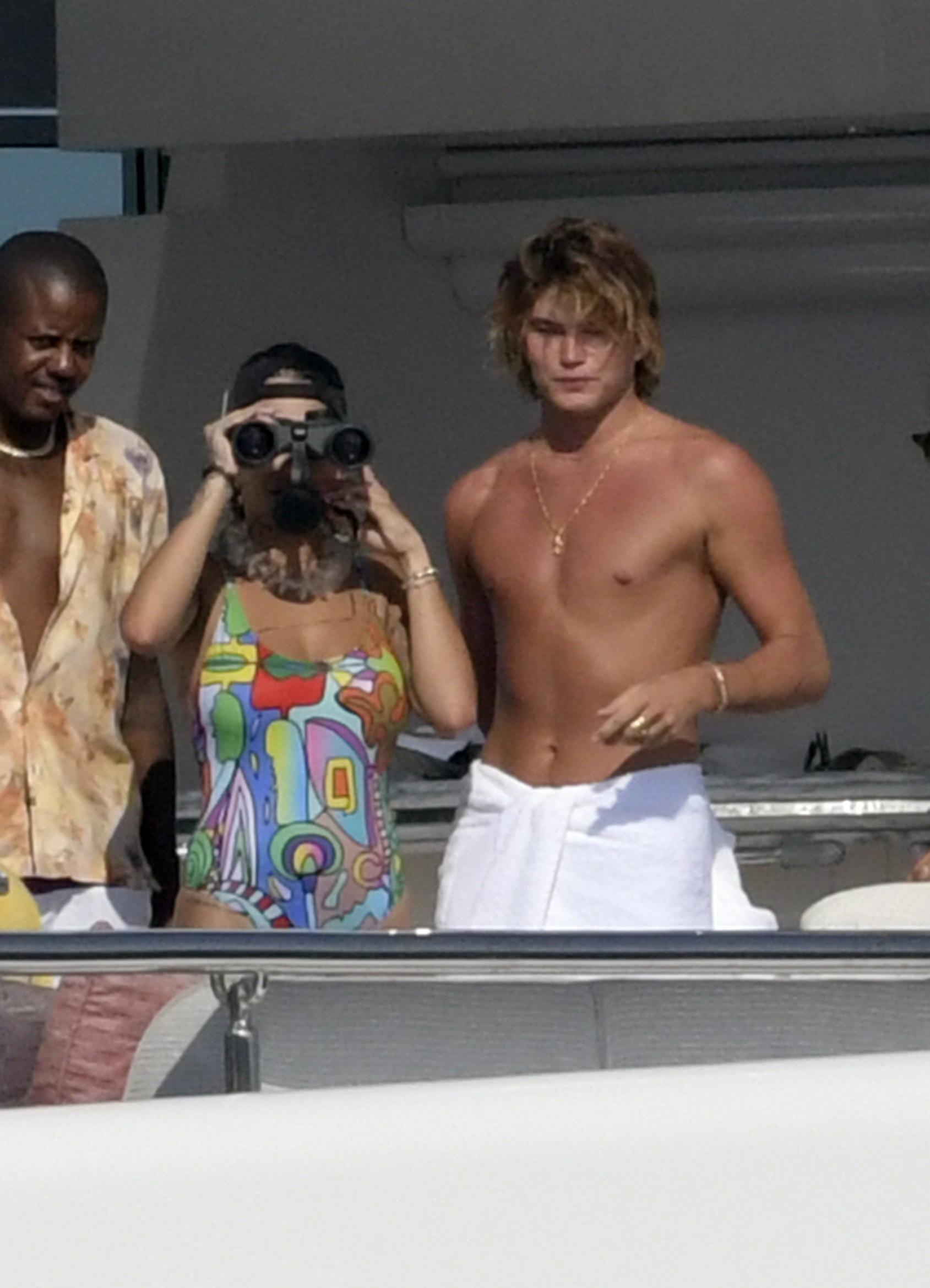 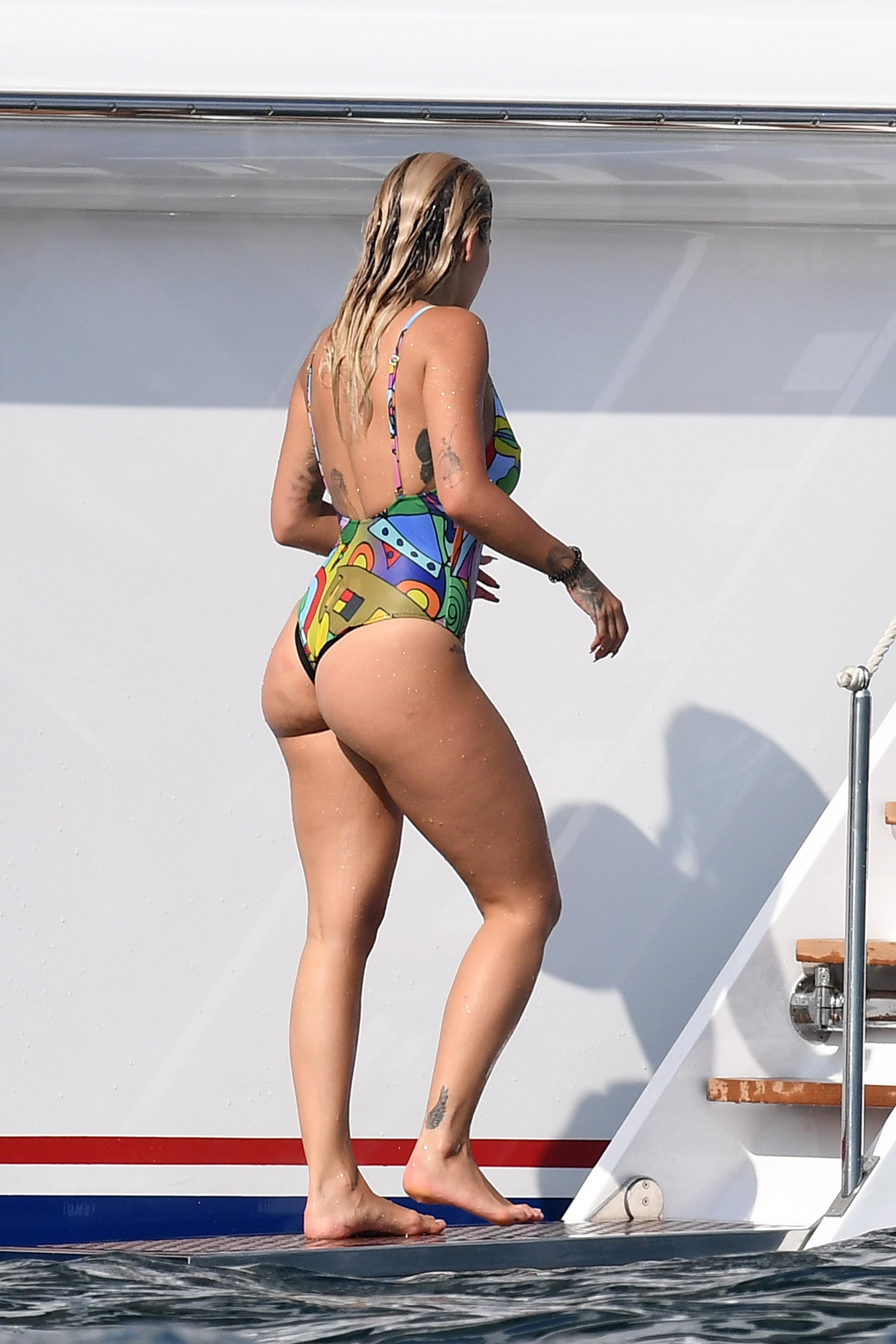 “I have watched her career and business grow, and establish itself as one of the most important and recognisable brands.

“She is a real inspiration, and when we discussed going in to business together, it seemed natural.”

Rita had been on Next’s books for six years, alongside big names including Ellie Goulding, Alexa Chung and Dua Lipa, but split with them a few weeks ago. 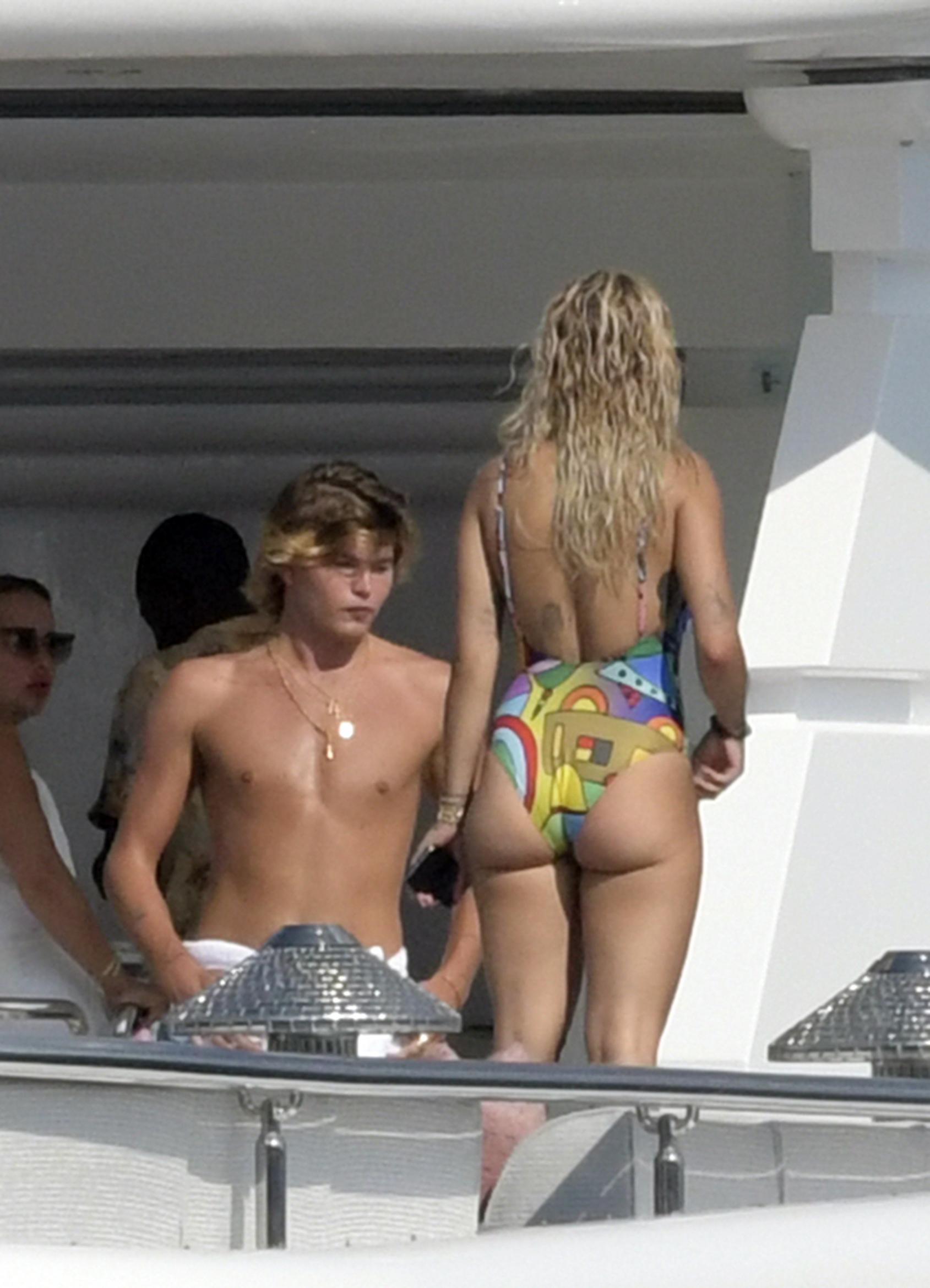 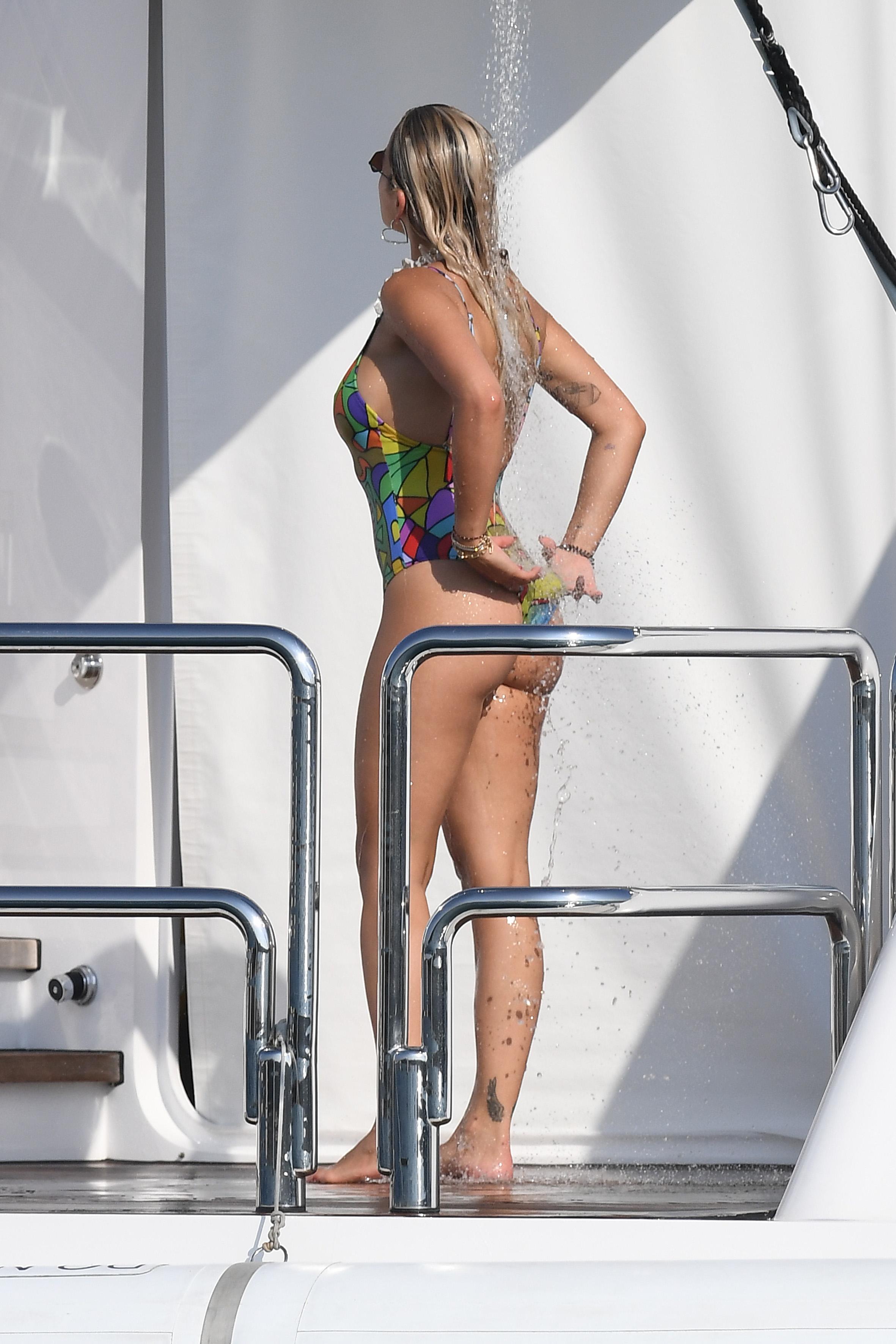 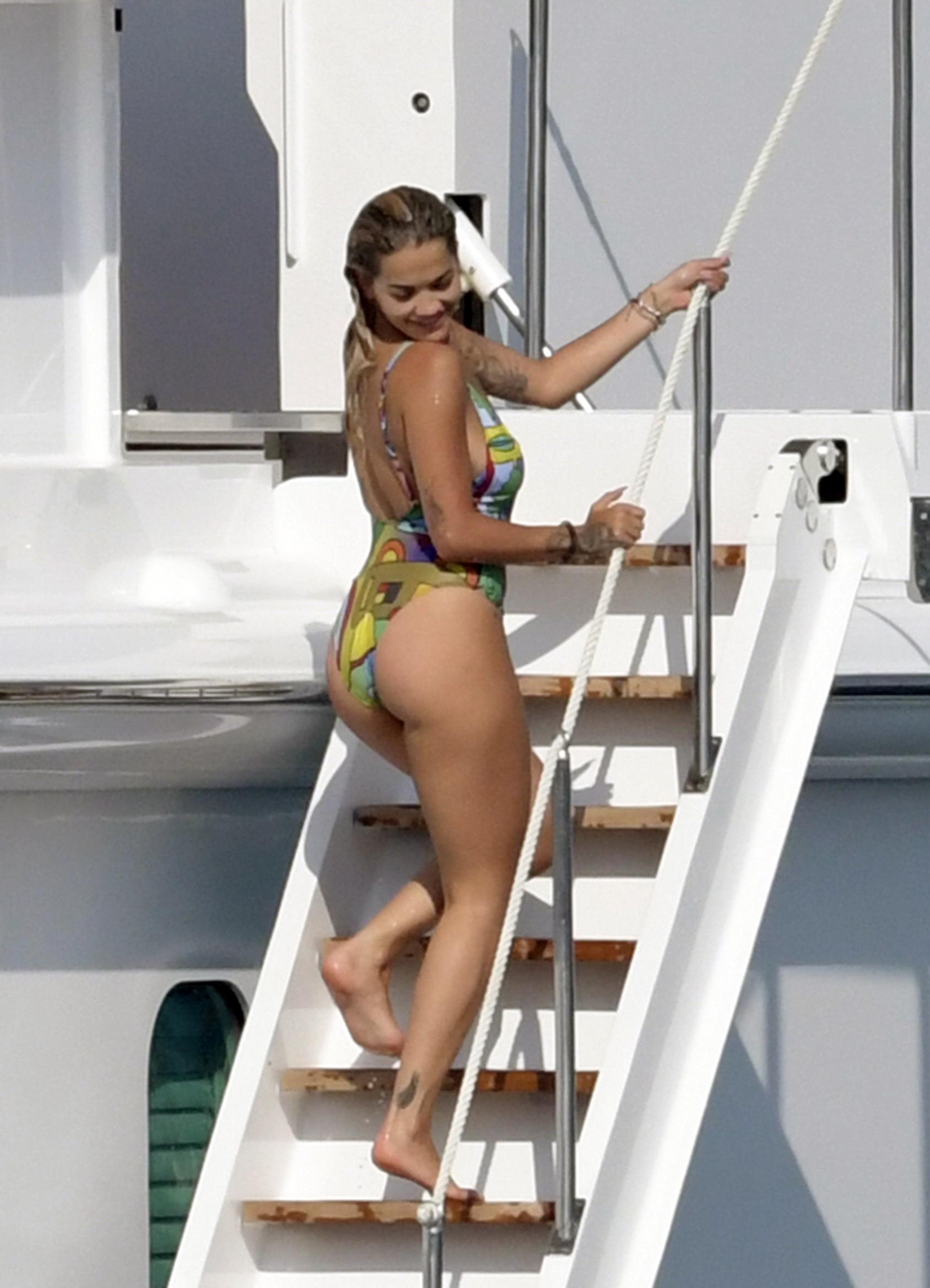 An industry insider said: “This is a great career move for Rita and is sure to bring in loads more work for her. But it hasn’t come from the best situation.

“Things with Next weren’t great and they really weren’t too disappointed about her moving on, because it was a difficult working relationship.

“She could be a handful, so if it doesn’t work out with Kate, she’s unlikely to be heading back there.” 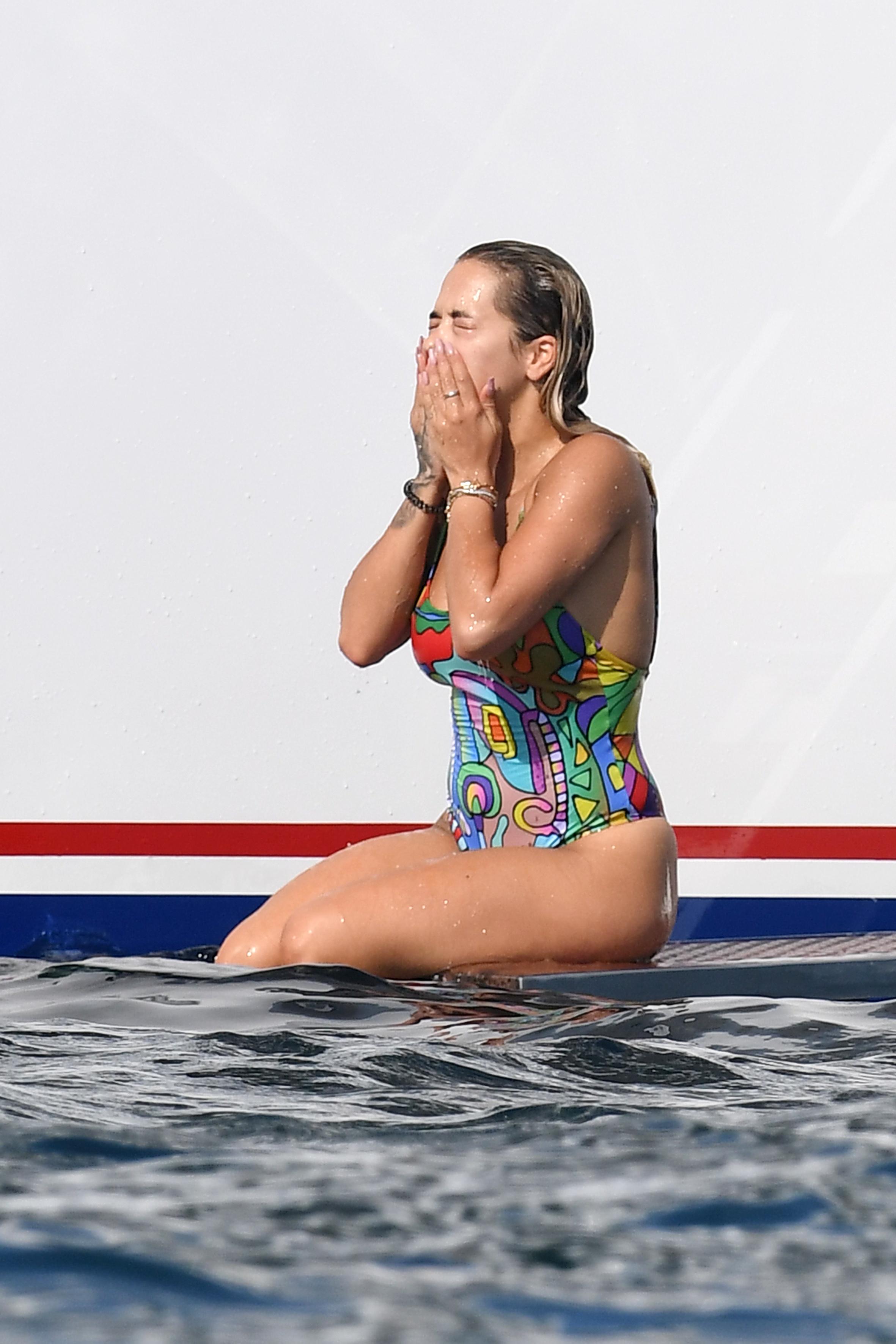