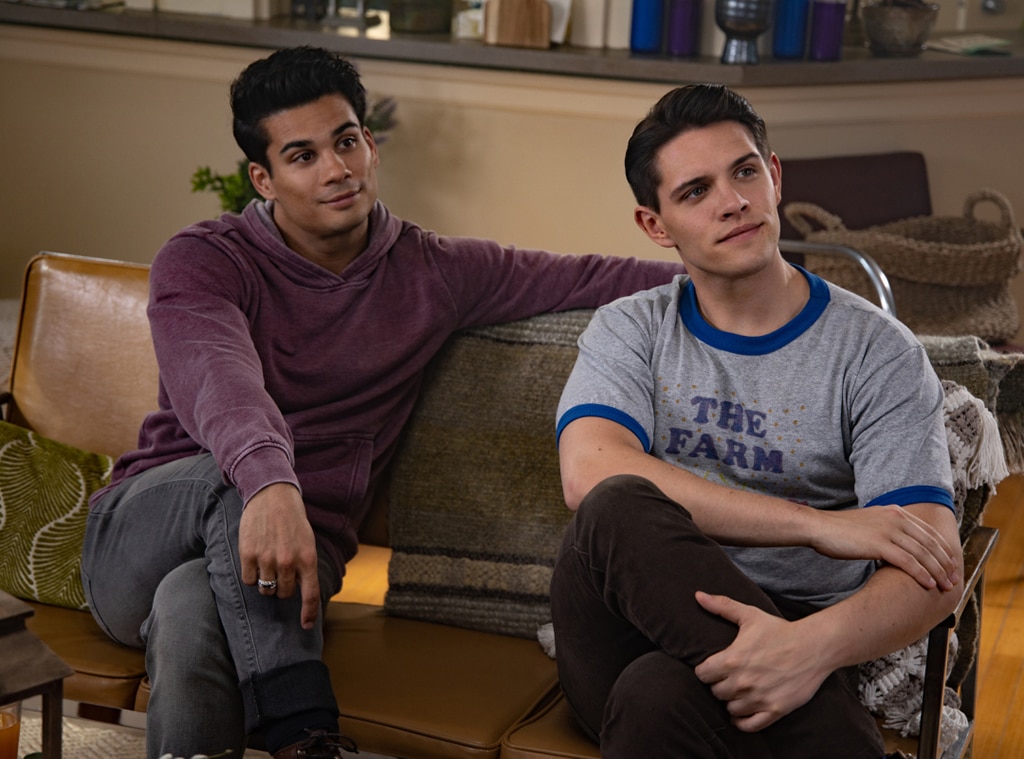 Fangs Fogarty is getting a promotion!

E! News has exclusively learned that Drew Ray Tanner has been promoted to series regular for season five of Riverdale. That means we have more names to add to the list of eventual Riverdale High graduates who likely won't be left behind when the show skips seven years into the future.

Fangs spent season four growing closer to Kevin (Casey Cott). After they were in a cult together, they started a tickling ring of Riverdale students and they made plans to date while in college. That all seems to go to plan, based on what showrunner Roberto Aguirre-Sacasa had to say about the promotion.

"Drew's such a great guy and terrific actor, and has been with Riverdale since season two, making the character of Fangs Fogarty a fan favorite," Aguirre-Sacasa told E! News. "We're all thrilled he's joining us for season five as a series regular, living with on-again, off-again boyfriend Kevin Keller and Serpent Queen Toni Topaz. Also happy to announce that we'll see more of Drew SINGING!"

Season five of Riverdale will first finish out the three final episodes of season four, which will take the kids through prom and graduation. Then, the show will jump ahead seven years to tell some very new, more adult stories that could be potentially devastating if the title pages are any indication.

The new episodes are currently in production in Vancouver with COVID protocol in place, though it's probably not advised to do as they do when it comes to preparing for a makeout scene (unless all you're trying to prevent is bad breath).

Captain Sandy Reveals Her One Regret From Hannah Ferrier's Firing

Tanner also recently appeared in an episode of DC's Legends of Tomorrow as Dionysus and played the hot mattress store salesman in Netflix's Work It.

Riverdale will return to The CW in January 2021.