BBC viewers were able to tune into new political drama Roadkill, which sees Hugh Laurie star as Peter Laurence – a political outsider who is keen to get to the top. However, as his personal life starts to spiral out of his control, those watching will see Conservative Party cabinet minister Peter end up having to deal with some of the biggest challenges to his life to date. The MP is, of course, played by much-loved actor Hugh, who detailed how his character’s different traits drew him to the role – as well as being penned by show writer David Hare, which he described as “page-turner”.

It wasn’t long before things started to unravel for Peter as it’s clear he doesn’t have a strong relationship with Prime Minister Dawn Ellison (played by Helen McCrory).

She was seen plotting against him with assistant Julia (Olivia Vinall) to try and halt his journey up the political ladder.

The politician had been misled into thinking he was about to land the role of Foreign Secretary before being offered Minister for Justice instead. 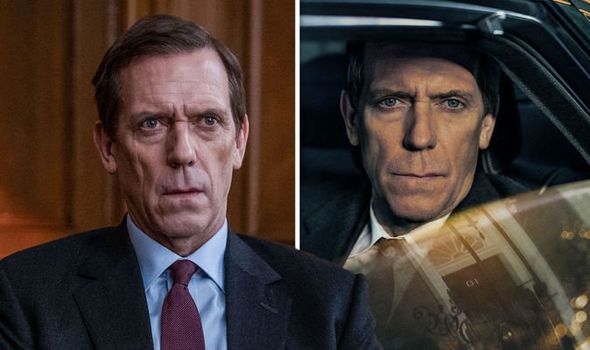 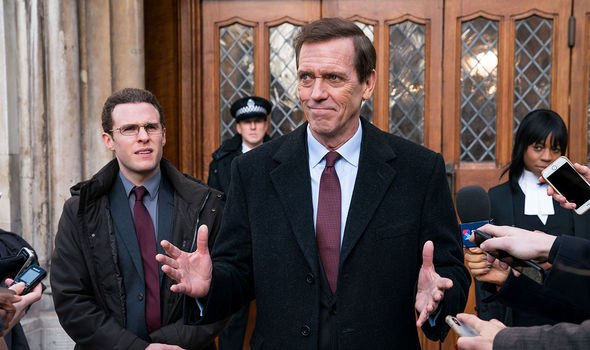 However, with things only set to get worse for Peter as investigative journalist Charmian Pepper (Sarah Greene) looks to take him down

But as other plotlines threaten his political aspirations, such as the discovery of an illegitimate daughter, will he manage to escape scrutiny from the public and extend his career further?

Hugh and writer David Hare took part in a Q&A earlier this week as part of the BFI at Home series.

The pair spoke in detail about the gripping new BBC One political thriller. 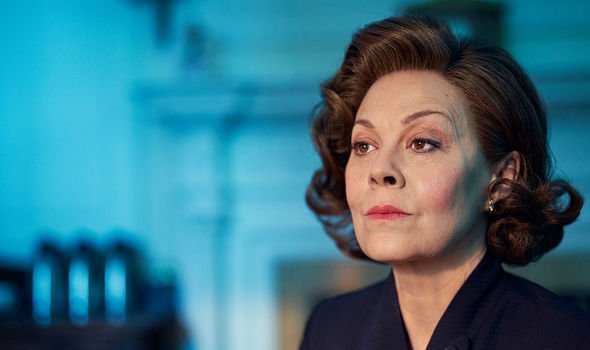 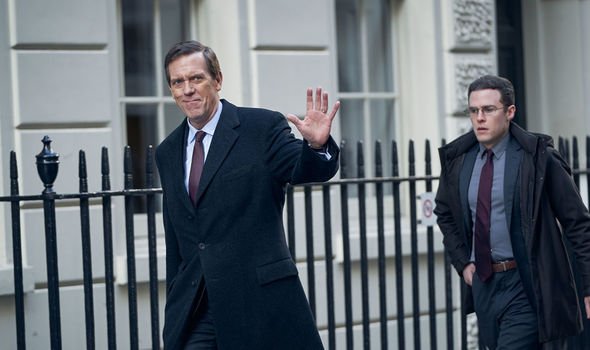 The lead actor soon opened up about why he chose to sign-up to the project in the first place, revealing an unlikely attraction to the character.

Hugh explained “Well the first attraction needless to say, because he’s sitting there was the name David Hare, that’s a page-turner already!

“Some already I’ve turned the cover page – I often don’t,” he admitted.

David Hare is known for his work on other TV thrillers such as Collateral and Page Eight as well as a host of critically acclaimed plays.

The star went on to explain what drew him to his potentially corrupt character, adding: “I suppose the most attractive thing about the character is the same thing that I hope – well, I assume – within the story attracts his voters and I hope will eventually attract him or, or viewers to him.

“It’s a sort of mixture of charm and confidence, a kind of fearlessness, a refusal to apologise, a refusal to back down these are, these are – like it or not – attractive things people find these qualities attractive in politicians,” he remarked.

Hugh gave his verdict on why he believes the qualities his character conveys make his alter-ego such an attractive option to the fictional electorate.

He said: “It may be that as the world becomes more fractured and agitated that anybody who projects certainty of any kind or confidence of any kind, becomes reassuring.

“They become likeable, they become a comforting face, and I was comforted by and beguiled by a character who I, you know, in other circumstances, I knew that I probably ought not to be attracted to but I was because of those qualities, which I think are very interesting!”

Addressing whether the drama was based on any existing politicians, the cast member soon played it down.

Hugh explained the process behind getting into character: “Well, I took David’s words to heart, not that his words would ever have been, ‘Don’t do any preparation,’ but he was certainly adamant that this was not to be based on any existing politician in this country, or anywhere else.

“This is, this is a work of fiction. And this was, of course, music to my ears, because I’m an absolutely terrible impressionist,” joked the star.

Roadkill continues tonight at 9pm on BBC One.