Rosamund Pike was 21 years old when she went to her first feature film audition, which just so happened to be for the James Bond movie “Die Another Day.” The Oscar-winning actress revealed in an interview on Amazon’s Audible Sessions that she was told her audition would include a scene in which she takes off her dress and strips down to her underwear. Pike, however, wasn’t going to try and land her first feature film this way.

“My first audition was for a Bond film and I remember them saying I was to drop my dress and appear in my underwear,” Pike said. “On the day, I don’t know how I got the resolve and strength of mind, but I just thought if they’re gonna see me in my underwear, they better give me the job. So, I thought, ‘There’s no way I’m going to take off a dress in the audition for this tape to be sent around Los Angeles and to be judged on that.’” 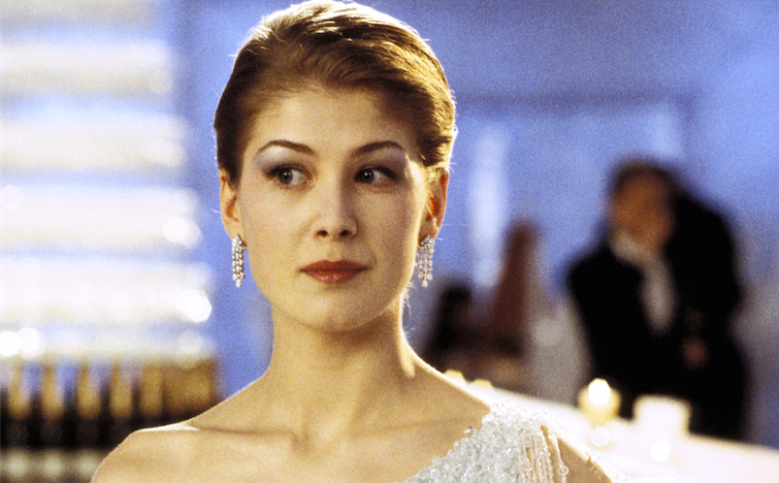 Pike remembered going to the audition in an evening dress her grandmother gave her. One of the film’s costume designers attending the audition commented her on the dress but told her it was not the kind of thing women wear in Bond movies. Pike said the costume designer held up a more revealing 007 outfit, which she describes as being “three pieces of string.”

“I realised I was in a completely different world and way out of my depth,” Pike said. “So, I put on this shimmering sheath, or whatever the order of the day was, but I didn’t drop it.”

Pike starred as Miranda Frost in “Die Another Day,” which marked her feature film debut. The actress would go on to star in “Pride and Prejudice,” “An Education,” “Jack Reacher,” and “Gone Girl,” for which she received an Oscar nomination for best actress. Pike’s most recent roles were the 2018 political thrillers “Beirut” and “7 Days in Entebbe.”