Celebrity Big Brother has released a teaser of Roxanne Pallett’s abrupt departure from the house, which is due to air tonight (September 1).

The Emmerdale actress left the house amid an incident between her and Ryan Thomas, claiming that he physically struck her during a play-fight which lead to Ryan getting a formal warning from Big Brother.

In scenes due to air tonight, Roxanne breaks down in tears as she declares that she’s leaving the house in the Diary Room.

After hearing chants outside against her as Ben Jardine is evicted, she tells the camera: “I’m going home. I need out. I need to go”.

Beforehand, she tells the others that Ryan is lying about his version of events, and also talks to Ryan about the incident, saying: “I felt before that like, you didn’t like me. We never had that… closeness.”

“I am not the person that you felt was treating you that way,” Ryan then tells her. 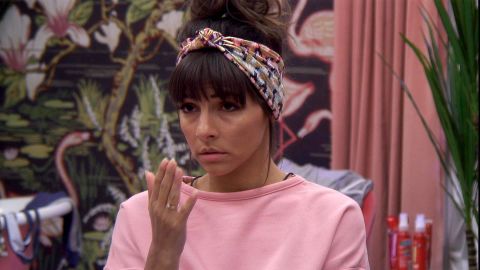 Releasing a statement after her decision to leave, Roxanne’s spokesperson said: “Roxanne decided to leave the CBB house late last night after deliberating for two days with some sensitive issues she felt strongly about.

“She has now been reunited with her fiancé and family and thanks everyone for their support during her time in the show.”

Roxanne has received a lot of criticism for the incident, with the episode receiving more than 11,000 complaints to Ofcom.