Calm has been restored to the Celebrity Big Brother house following Roxanne Pallett’s exit and Ryan Thomas’s tears of relief that he had been vindicated when he heard fans chanting “get Roxanne out” after Friday night’s savage eviction.

But the drama outside the house still hasn’t died down, with some fans wondering whether Roxanne will be recast in her upcoming Cinderella panto in Chesterfield, with cast mate Rhydian Roberts making a cheeky joke about starring opposite her on Twitter. 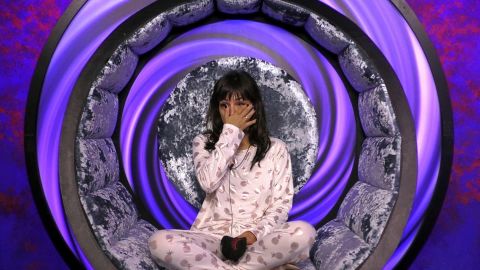 The 35-year-old former X Factor star responded to one fan tweeting: “I really hope they are going to recast her part. Shame for the others in the panto like Rhydian might have to work with her.”

He replied with an image of a GoPro camera complete with harness, and the caption: “Thank you for your concern. All is in hand.”

Roxanne walked out of the house a day after her close friend Ben Jardine was evicted on Friday. The 35-year-old former Emmerdale star – who had accused Ryan of intentionally punching her during what he had described as an affectionate play-fight – decided to leave over the weekend even though she and Ryan had made up and decided to move on for the sake of the other housemates.

Ryan had received a formal warning from Big Brother after the incident last week, but has maintained that his intentions were not malicious, and that he was just showing his affection. He broke down in tears over suggestions that he had purposefully physically harmed her. 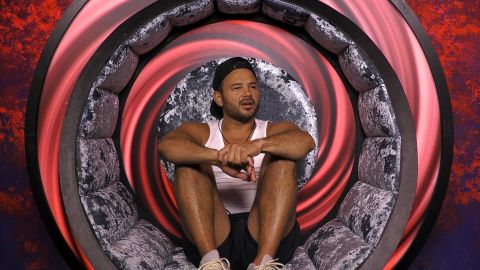 Meanwhile, the actress has been widely criticised for the incident, with more than 11,000 people complaining to broadcasting regulator Ofcom over her behaviour. Housemate Sally Morgan had suggested that Roxanne should have walked out straight away and contacted a lawyer if she felt she had been attacked intentionally.

“Roxanne decided to leave the CBB house late last night after deliberating for two days with some sensitive issues she felt strongly about,” a spokesperson for the star told Digital Spy.

“She has now been reunited with her fiancé and family and thanks everyone for their support during her time in the show.”