In what could only be described as a Clayton’s bombshell – the news you drop when you’re not dropping any news – Sam Newman has announced he might be quitting The Footy Show, unless of course it comes back and Nine still wants him to be a part of it.

In his opening address on the show on Thursday night, Newman tackled head-on the speculation over his future that has swirled in recent weeks, fuelled by the worst ratings in the show’s 25-year history.

“This station won’t or can’t tell us if this show will be on next year, either in this format or in some other format,” he said. 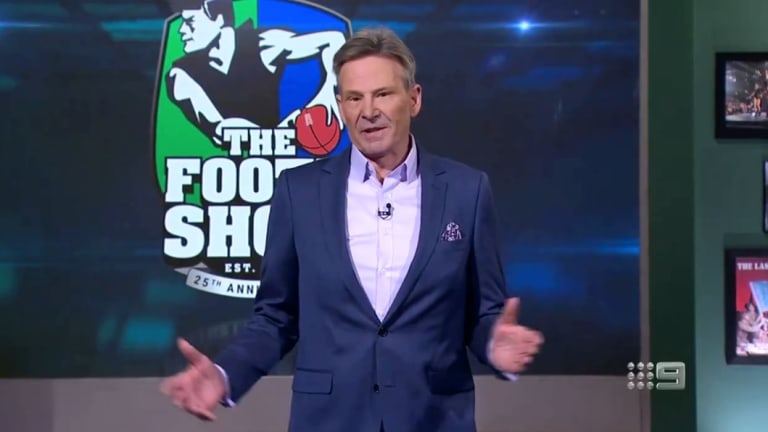 Sam Newman appeared to call time on his 25-year-rein over The Footy Show – but did he really?

“I will not be continuing,” a visibly emotional Newman said. “I am, uh, it’s appropriate that I, it’s opportune that I end my association with this show and the network on the off chance that this is the final show that we do.”

It sounded like a resignation, and some media outlets immediately reported it as such. But the devil was in the detail.

The key phrase was “on the off chance”. Heck, he even drew our attention to it with that “listen to those words”.

It was classic Newman stuntmanship.

There were further caveats, as Newman peppered his long, rambling but clearly heartfelt monologue with the word “probably”.

“This is probably it for me as an in-house Footy Show contributor,” he said – and the key phrase this time was “in-house”, which of course would not rule out a future as a freelance or guest contributor, perhaps recording the pre-taped segments that Nine management regard as his strongest suit.

“Next week it’ll probably be it for me as a Grand Final Footy Show participant,” he said.

Newman took a swipe at his critics – and they are many – saying “I wouldn’t have it any other way because you are what you are”. He appeared to be channelling Popeye the Sailor Man as he added: “I know what I am.” I am a man, called Sam.

That, too, was classic Newman.

His “resignation” tendered, The Footy Show cut to an ad break. When it returned, host Eddie McGuire – the man charged with reviving the show’s fortunes at the end of last season, and whose production company JAM TV makes it for Nine – cast even further doubt over what had just transpired.

“I hope that was a wasted five minutes,” he said to Newman. “If it’s not all over, are you going to come back and still be a part of it all?” 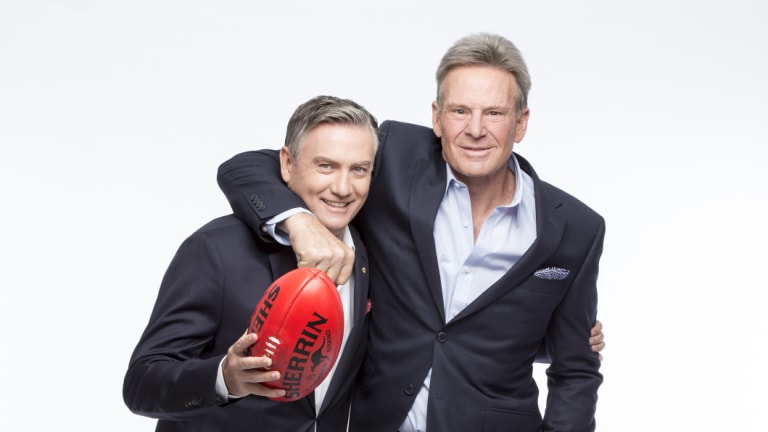 “Ah, that’s not up to me Ed,” Newman said. “That’s up to the bean counters upstairs.”

As for said bean counters, Nine management reiterated that it had not yet made a decision about the fate of the show.

It is certain, however, that it wants a football-focused weeknight entertainment show. Sources say there is simply no way it will vacate that space, and leave it to Seven’s The Front Bar.

"There has been no decision about The Footy Show for 2019," a spokesperson for the network said on Thursday after Newman's announcement.

"We are in talks with Jam TV, the producers of the program about how we might proceed with The Footy Show for 2019."

Fairfax understands those meetings were not due to take place until after the Grand Final Footy Show, though Newman's stunt may have changed the timeline.

The only real certainty at this stage is that while Nine might not have The Footy Show next year, it will have a footy show.

And all the eunuchs out there might need to gird their loins, because whatever shape that footy show eventually takes, there’s no guarantee Sam Newman won’t be a part of it.