But even though it might be hard for Cheryl to see ex Liam Payne smooching his new girlfriend Cairo Dwek just six weeks after their split – we think she should be flattered. 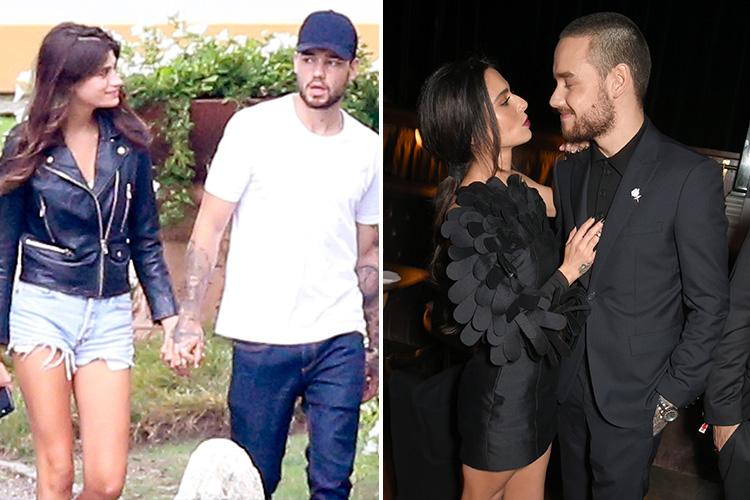 Brunette model Cairo bears a striking resemblance to Girls Aloud singer Cheryl, who Liam began dating in 2016 and had his first child, Bear with last year.

They say imitation is the greatest form of flattery – and Cairo is definitely a bit of Cheryl. 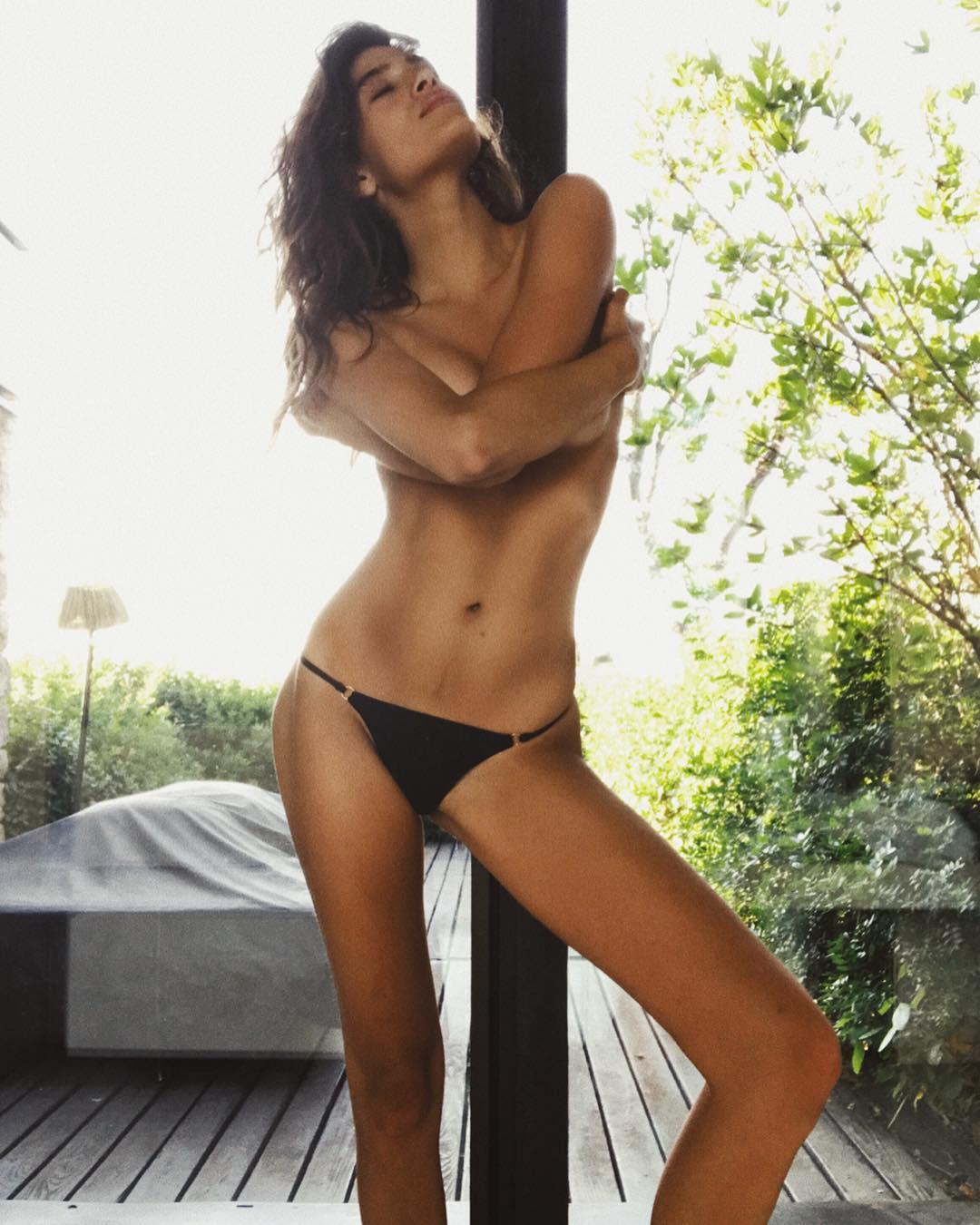 Despite their ten-year age gap, Cheryl and Cairo could be sisters.

In fact, we wouldn't be surprised if Cairo landed the next L'Oreal ad deal. 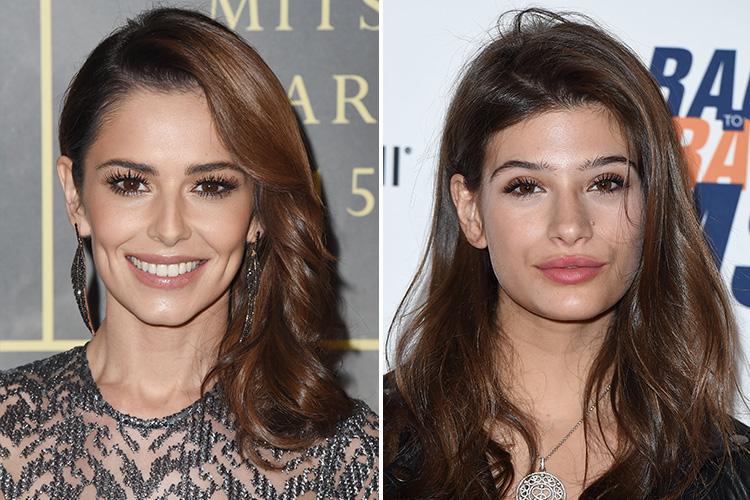 Both ladies have hazelnut eyes and perfectly preened brows – as well as naturally high cheekbones and pale plump lips.

Liam's ex and his current girlfriend both have model physiques, too.

Where Cheryl is more modest, Cairo’s model figure is plastered all over her Instagram.

The star – who is hoping to join the Victoria's Secret line-up later this year – regularly shares pics with her 43k followers of herself frolicking in a bikini. 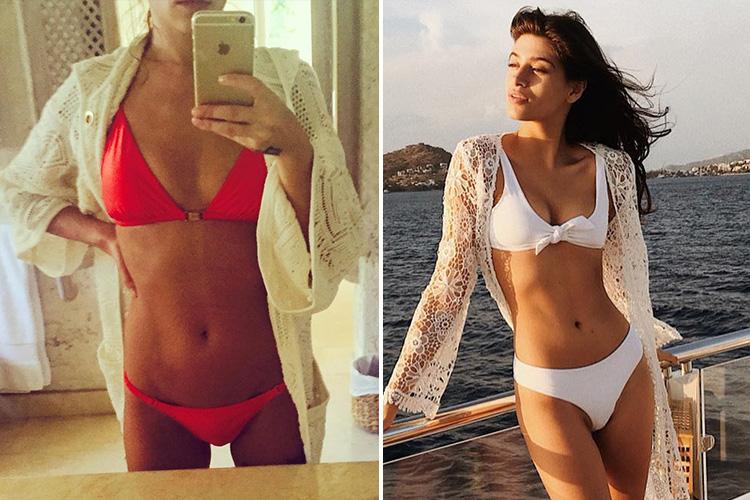 New mum Cheryl is more demure, but did share a snap of herself rocking a two piece in her Insta stories after giving birth last summer.

But it's not just good looks that Cheryl and Cairo share.

Cheryl was just 19 when she was thrust into the limelight on Popstars: The Rivals back in 2002, dropping her quite life in the North East for one of fame and fortune. 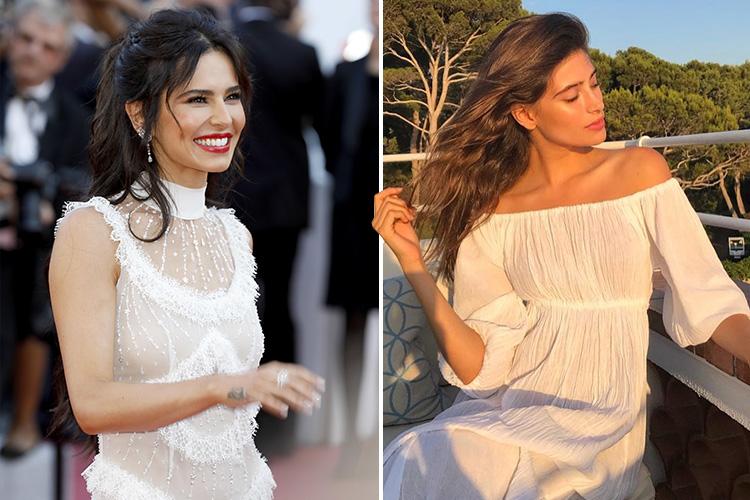 And it looks like Liam’s new love interest Cairo is following a similar path.

The 20-year-old was scouted in high school, but graduated and started studying psychology at the University of Southern California.

She dropped out when her modelling career really started to take off last year, and the Insta beauty is now signed to Ford Models in LA and Storm in London. 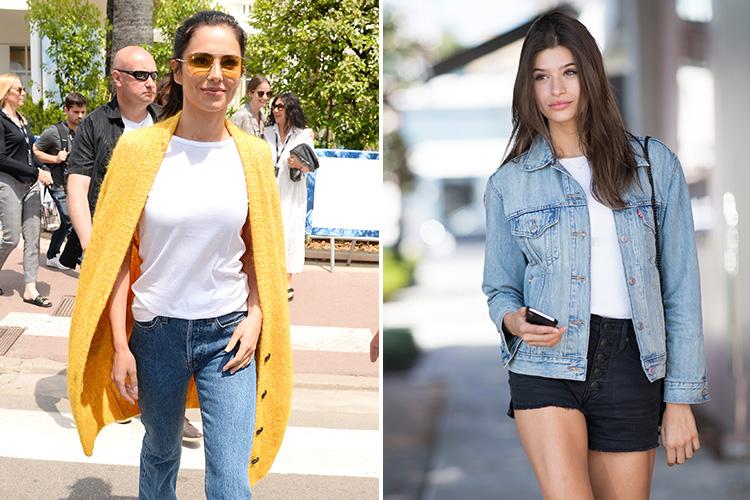 Cheryl might be known for her chart-topping music career, but she’s no stranger to modelling either, having graced the covers of Vogue, Elle, Marie Claire and GQ, to name just a few.

Both women have been shot by esteemed French fashion photographer Patrick Dermarchelier – he shot Cheryl for her Vogue October 2010 cover, and Cairo describes her own shoot with him as “the highlight of my career so far”.

Falling in love in Cannes

Liam and Cheryl made their first red carpet appearance together at Cannes, and it’s thought the city on the French Riviera is where Liam first met Cairo, having been spotted flirting with her at the Medusa restaurant – where a dish of prawns costs over £70. 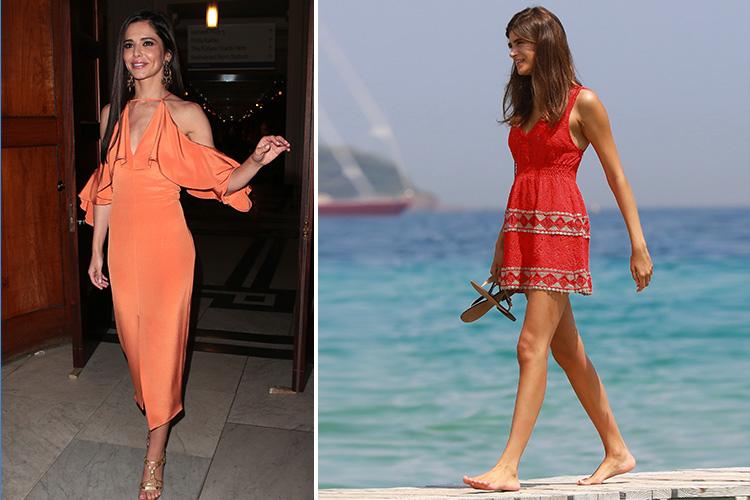 Cheryl is also a Cannes Film Festival regular, appearing as part of her contract with beauty giant L’Oreal.

This year, she lived the high life, arriving in a private jet.

It’s no secret that Cheryl is a huge dog lover, and was left heartbroken when her beloved Chihuahua Coco passed away almost a year ago. 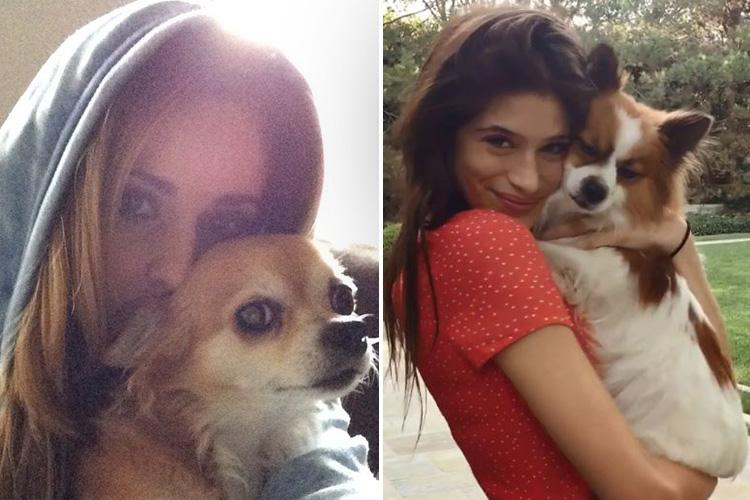 Turns out that Cairo is crazy about canines too, breaking up her stream of Instagram selfies with pics of her own pooch.

In an interview with Ocotur, Cairo said: "If I had an Instagram and I wasn’t modelling, I’d definitely have more photos of my dogs!"

Cheryl has always been close to mum Joan Callaghan, especially after Joan’s split from Cheryl’s father, Gary Tweedy when Cheryl was 11.

Joan is credited for being the catalyst to her daughter’s career, supporting her as a child model, and keeping a close eye when she shot to fame in Girls Aloud.

She’s stayed by her side throughout her career, and Joan even moved into Cheryl and Liam’s family home to help out after Bear was born.

On this day of celebrating our mothers I am posting one of my favorites .. I love you mam?. Thank you so much for being more than a mother to me.. For being my friend, my rock and always thinking of us (kids & grandkids) and others before yourself.. You really deserve to be celebrated. Such a special woman. Love you loads ! ?

On this day of celebrating our mothers I am posting one of my favorites .. I love you mam?. Thank you so much for being more than a mother to me.. For being my friend, my rock and always thinking of us (kids & grandkids) and others before yourself.. You really deserve to be celebrated. Such a special woman. Love you loads ! ?

I will never be able to verbalize how much I love you. Happy Birthday ????

I will never be able to verbalize how much I love you. Happy Birthday ????

She credits her interest in modelling to her mum. Her mother and father, Joe Dwek, are still together.

Both women surround themselves with strong females.

Cheryl has remained close pals with former bandmates Nicola Roberts and Kimberley Walsh since the group split in 2013, sharing an Instagram birthday pic with her ‘ride or dies’ back in July.

Happy birthday with my ride or dies ????.. (including Jon pulling a funny face in the background) ??

Happy birthday with my ride or dies ????.. (including Jon pulling a funny face in the background) ??

Cheryl is famous for her tattoos, with a total of eight inkings on her body, including a tiny red heart tattoo on her finger, a Buddhist cleavage tattoo, and a Maori tribal design on her right hand. 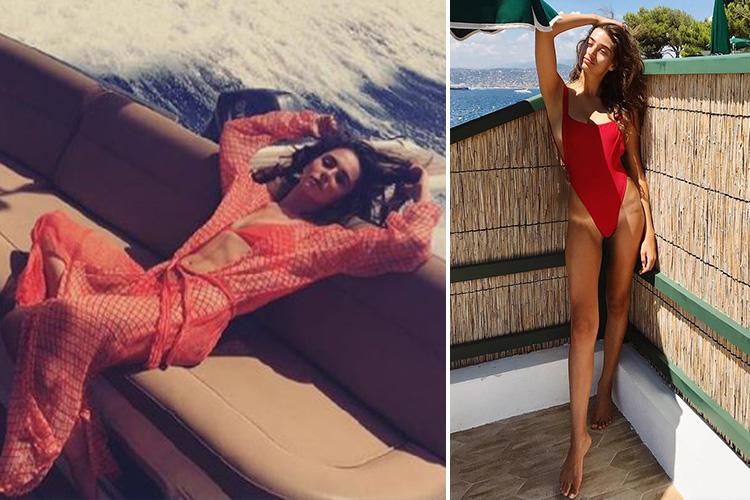 Her most famous tattoo is the giant rose design which covers her entire lower back and bum.

All of the singer’s tattoos have a meaning behind them, with the rose inking symbolising her battle with malaria in 2010. 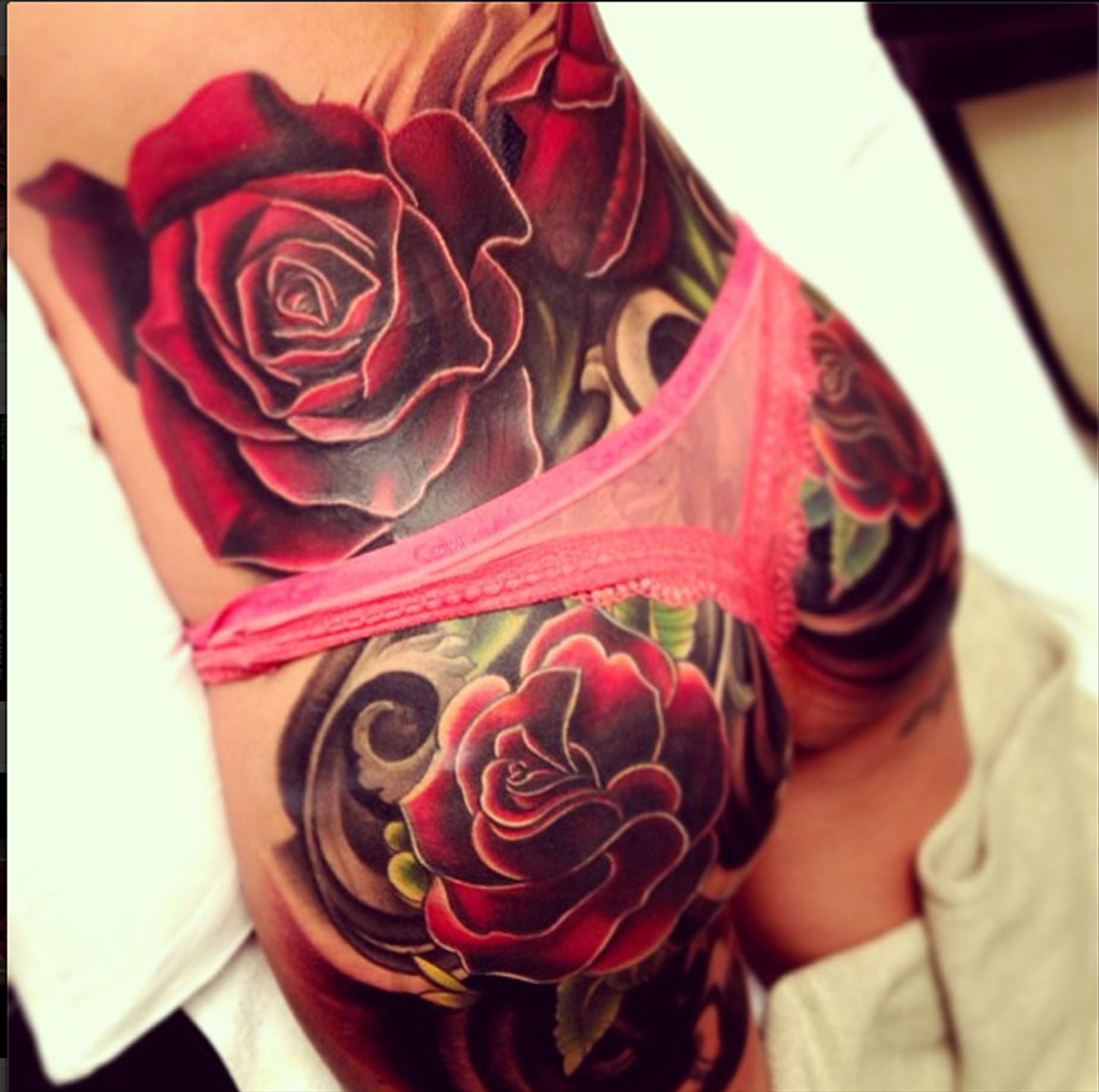 Australia Day #?? I finally got an inspirational and heartfelt tattoo

Australia Day #?? I finally got an inspirational and heartfelt tattoo

But it seems young Cairo won't be following in her footsteps anytime soon.

She joked that she “finally got an inspirational and heartfelt tattoo” in an Insta pic from January, where she’s seen sporting a badly applied temporary tattoo on her upper arm.