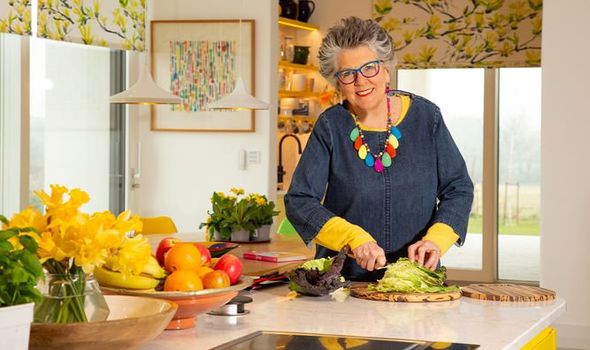 Labelling herself a “bossy boots”, South African-born Leith, 81, said the Government must now step in because “children are eating worse and getting fatter”.

She told the Soil Association: “I think the state should take a hand and teach children how to cook because parents can’t. We have lost that. We have lost generations of people not being able to cook.

“Lots of grandparents are now in their 50s and will probably not have been taught how to cook at school.

“It is an absolute tragedy as these things should be passed down from parents to children, but we have missed that.

“If you cook a lot you start to worry what’s going into your body.

“You start to take an interest in what you eat and you eat better.

“We need to grab this and make every child learn to cook – then they will help their children to cook.”

Parents, she said, are putting the wrong food into children’s lunch boxes: “The average lunchbox is more unhealthy than the average school dinner. The fact is, mums or dads do not put the right stuff in the lunchbox. So I think it is time for a nanny state.”

Leith, who judges the Great British Bake Off with Paul Hollywood, said she is determined to fix the problem: “I am basically very bossy. I am an interfering woman and always have been. As a child, I was called ‘Bossy Boots’ as I wanted to organise everything. If I see things are not right I want to get in there and fix them.”

She’s not the first TV cook to take up these issues. Jamie Oliver led a successful campaign on school dinners.

Prue moved to London in 1960 to attend the Cordon Bleu Cookery School.

“The food was dire. Children did not learn very much about cooking and everyone was getting worse and worse food to eat.

“I have been campaigning for 50 years on this and a lot of good has happened. But I feel we have all failed as things have got worse.

“Cooking in schools has got worse, children are eating worse and they are getting fatter.

“I don’t think I have succeeded in any way. You have got to keep on trying.”