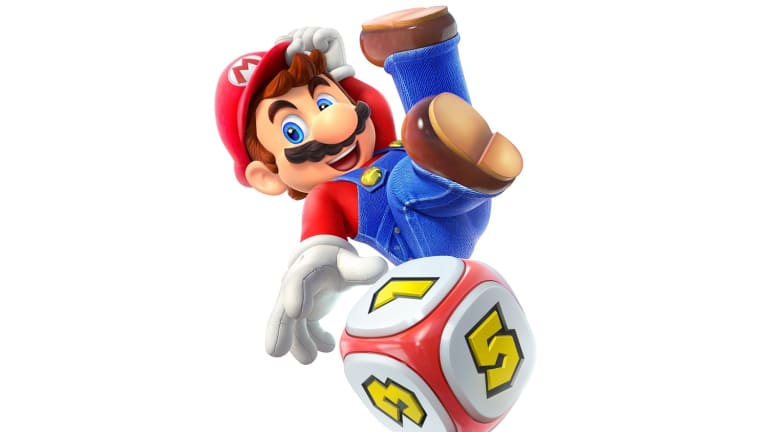 Making brilliant use of the Switch console's various gimmicks while also finding several ingenious ways for four players to compete and co-operate together, Super Mario Party is the best this series has been in years. The main mode sees the return of the traditional board game style, with each round ending in a free-for-all, 1v3 or 2v2 mini-game. Some are simple button-pressing affairs, while others take advantage of the motion sensing and fine vibration capabilities of the controllers, and they're all ridiculous and great. Outside the main mode there's a lot to keep you busy. River Survival has players navigating in a kayak and playing special co-operative mini-games, which makes for a brilliant change of pace after all that competition. Meanwhile Mariothon challenges you to succeed in a series of set minigames, and can also be played online. Perhaps the most interesting mode is Toad's Rec Room, which is played on the Switch screen itself with no TV required, and so makes use of your ability to rotate and touch the display as you go. TB 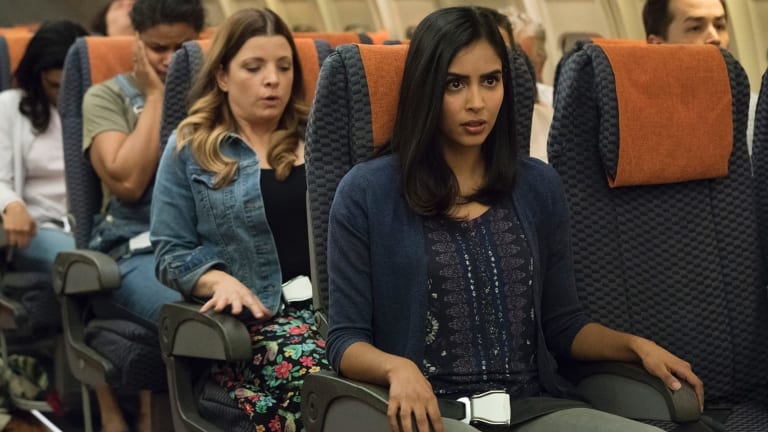 With a premise that hints at extraterrestrial or supernatural activity, Manifest should be more engaging than it is – but if you can look past some turgid moments of family melodrama, it's quite fun. When flight 828 takes off from Jamaica it lands – after a nasty bout of mid-flight turbulence – in the US. But not on schedule. The passengers on board discover that 5½ years have elapsed since they boarded, and they've been considered missing, presumed dead, for that time. And none of them have aged. There are obvious comparisons with Lost (particularly as the flight number becomes significant) and The 4400, which also features the sudden return of missing people who have developed mildly supernatural powers. Manifest focuses largely on the Stone family, who caught different flights home from holiday; adult siblings Michaela (Melissa Roxburgh) and Ben (Josh Dallas) and Ben's terminally ill son Cal (Jack Messina) took the fateful flight, while their parents, Ben's wife and Cal's twin sister were on the planned flight. When Ben and Michaela show up more than five years later, they must deal with trying to reconnect with their family, and the fact they – along with the plane's other passengers – have all come back slightly changed, seemingly steered by a mysterious force. KN 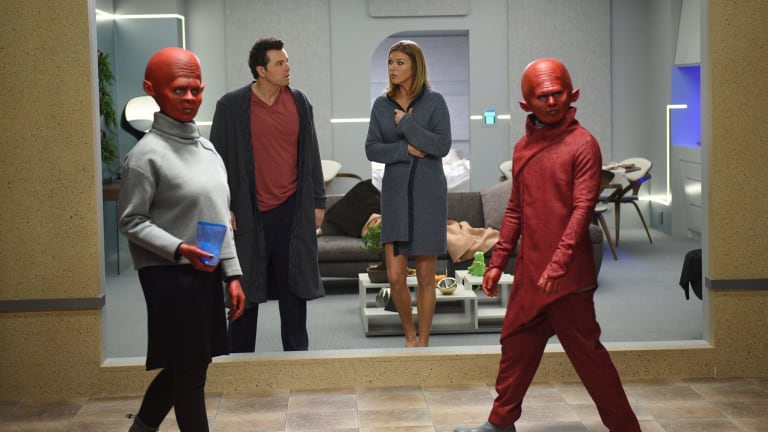 Seth MacFarlane and Adrianne Palicki in the Star Trek reboot The Orville.

Typically for French writer-director Arnaud Desplechin (Kings and Queen), this possibly autobiographical riff on Hitchcock's Vertigo is two or three films in one, overflowing the boundaries of linear narrative and breaking countless orthodox screenwriting rules. Frequent Desplechin alter ego Mathieu Amalric plays Ismael, an increasingly bedraggled and manic movie director at work on a spy thriller based on the adventures of his possibly fictional diplomat brother (Louis Garrel). Scenes from the film within the film mingle with enigmatic glimpses of Ismael's personal life, which runs off the rails after his long-lost wife (Marion Cotillard) returns as if from the dead, causing problems with his current lover (Charlotte Gainsbourg). The disparate plotlines get tangled up with each other, though without forming any neat pattern: we don't entirely know what's real and what isn't, whether it's Ismael or Desplechin himself getting lost in his own fictions. If anything is certain it's that incompletion is part of the point, allowing the film, even or especially at its most strained, to convey a sense of futile lunging after something lost. JW 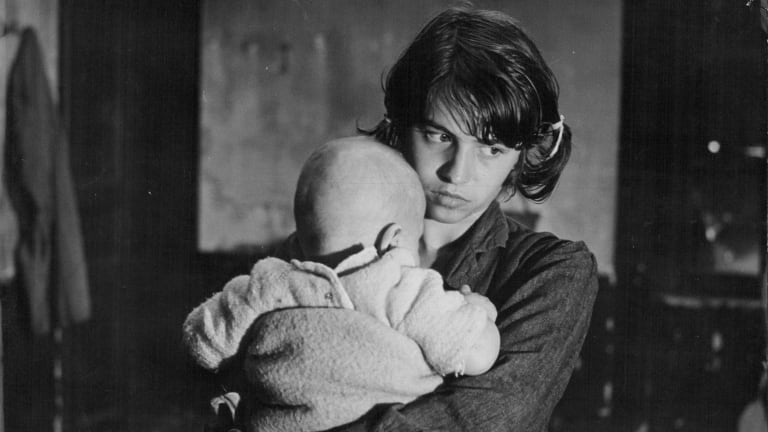 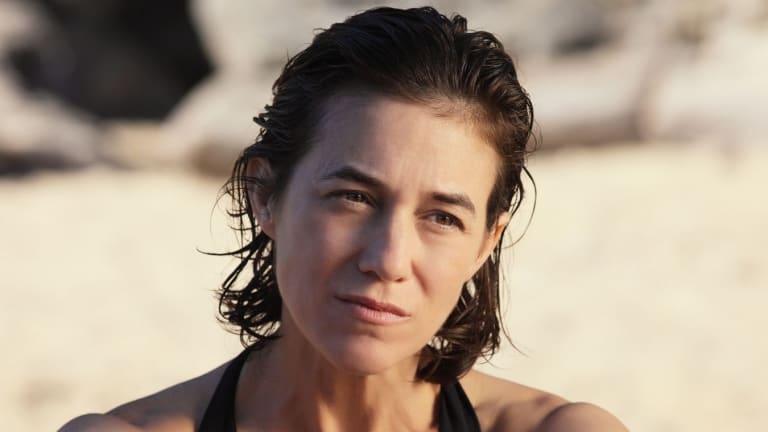 Charlotte Gainsbourg in a scene from Ismael’s Ghosts.

After the huge success of his adult animation series Family Guy and American Dad, Seth MacFarlane has seemingly been given a healthy budget to produce the ultimate in geek fandom – a full-blown homage to one of his favourite programs, Star Trek. It's the 25th century, and the Orville is the exploratory ship that officer Ed Mercer (MacFarlane, who is creator, writer and star) has been given to command after a bad year in the wake of his marriage breakdown. Determined to start a new chapter, Mercer is dismayed to discover his First Officer is his ex-wife Kelly (Adrianne Palicki). Then there's the rest of the Orville's motley crew, which includes Mercer's eccentric best friend Gordon (Scott Grimes), Bortus (Peter Macon), an alien from a male-only species, an AI life form and Yaphit, a gelatinous blob-like creature (voiced by comedian Norm McDonald). While this comedy-drama might seem a blatant rip-off to some (including many critics when it debuted in the US), or a poor attempt at a Galaxy Quest-style parody, serious Star Trek fans will likely admire it as a lovingly created tribute, with added snarky humour. KN

The received wisdom on the great French filmmaker Robert Bresson paints him as an eccentric sourpuss who forced his non-professional actors (he preferred the term "models") to look as solemnly neutral as possible. But this wasn't always the case: check out the big grin of his teenage heroine Mouchette (Nadine Nortier) as she rides the dodgem cars and eyes off a boy her own age. Admittedly, this is a rare moment of joy for Mouchette, who, like other innocents in Bresson films, serves as a punching bag for the world: a poor girl in a French village filled with unpleasant types, she's neglected, patronised, abused and finally driven to despair. Based on a novel by the Catholic writer Georges Bernanos, the film in summary sounds unrelentingly grim. Yet there's exhilaration in the crisp brilliance of Bresson's style, which proceeds by paring everything down to essentials, giving each shot the clarity of a note struck on a harpsichord. The same clarity is expressed in Mouchette's supposedly passive, "neutral" gaze, which is neither childlike nor knowing, simply willing to absorb whatever is before her. JW