Shadowhunters fans are heartbroken over a press release announcing that their incredibly passionate #SaveShadowhunters social media campaign has seemingly not been successful in saving the show from cancellation.

Ever since it was announced that US cable channel Freeform would not pick up a fourth season of the series, which is based on Cassandra Clare’s Mortal Instruments books, the show’s fans have banded together on Twitter in a revival effort as spirited as any in recent history.

They self-funded a series of remarkable promotional events in hopes of convincing Netflix or another outlet of funding more episodes, including flying a plane over Netflix’s LA headquarters, designing a month-long subway ad in Seoul, putting up a billboard in Time Square and buying bus ads in London.

On Friday (August 10), the fans were given devastating news when producer Martin Moszkowicz tweeted a press release from production company Constantin Film announcing that production had officially wrapped — for good — on Shadowhunters.

“To our loyal and vocal fans who put so much behind making the show the popular series that it became, we extend our deepest thanks for your enduring support,” the statement read. “The outpouring from the fandom from the start, and since the announcement of the show’s cancellation has indelibly touched all of us involved. We’re so grateful to have gone on this journey with you. 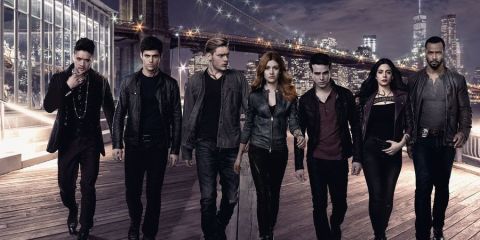 “Regrettably for all involved, Shadowhunters must come to an end. While we are trying to figure out new ways and new incarnations in which to bring the Shadow World to fans worldwide, we are sad to say that after many efforts by all parties involved, it’s not possible for this version of Shadowhunters to continue.”

The statement goes on to plug that “the last 12 episodes” of Shadowhunters will be airing next spring on Freeform in the US, and Netflix around the world — although that’s little comfort to some fans who feel hurt by the way the lowkey announcement was handled by Constantin Film:

Last week, Netflix vice president Cindy Holland acknowledged that she gets “probably get 100 emails or more personally” each day from people urging her to pick up Shadowhunters, but insisted that there were no plans for that to happen.

Maybe it’s time for a reevaluation? In any case, good luck to everyone in the #SaveShadowhunters campaign with their next step — if anyone can make it happen, it’s you!