Of all the reasons for the cast of Sharknado to want to quit the franchise, it turns out that the sticking point for many was actually the film’s title.

In an interview with Syfy, Sharknado director Anthony Ferrante explained that script was shipped to actors under the title Dark Skies, and when the cast learned that it would be given the far superior title of Sharknado, they weren’t too pleased. 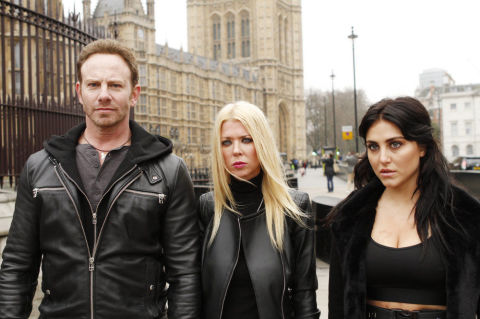 “All the actors called me in the back room, and I describe it like in Frankenstein, where all the villagers had torches and pitchforks. And they’re going, ‘We heard that this thing might be called Sharknado!'” he said.

“And I was like, ‘Uh… where did you hear that?’ And they’re like, ‘No, they’ve got to call it something else! Call it Dark Skies!’ And it was so funny. They were just panicked.

“I always knew that they were going to call it Sharknado. I had to minimise the fallout, and I remember specifically telling them, ‘Look, they change the names all the time, but if this movie is called Sharknado, it will be a good thing’.”

“We all thought it was terrible,” said lead actor Ian Ziering (who also thought the script was horrible, by the way). “That’s when I got on the phone with my agent to see if he could get me off this movie or remove my name from the credits.

“But once you sign on, that was the end of that. So I was just kind of bummed out knowing that they were going to call this Sharknado. I just thought it was so dumb.” 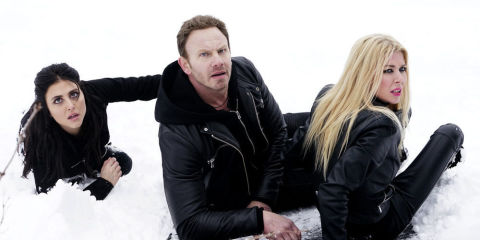 Little did he know, Sharknado would go on to become the best worst film franchise of all time.

The Sharknado series will come to end after its sixth instalment, a time-travel epic with nazis, dinosaurs and Noah’s ark called The Last Sharknado: It’s About Time, which premiered on Syfy in the US last night (August 19).