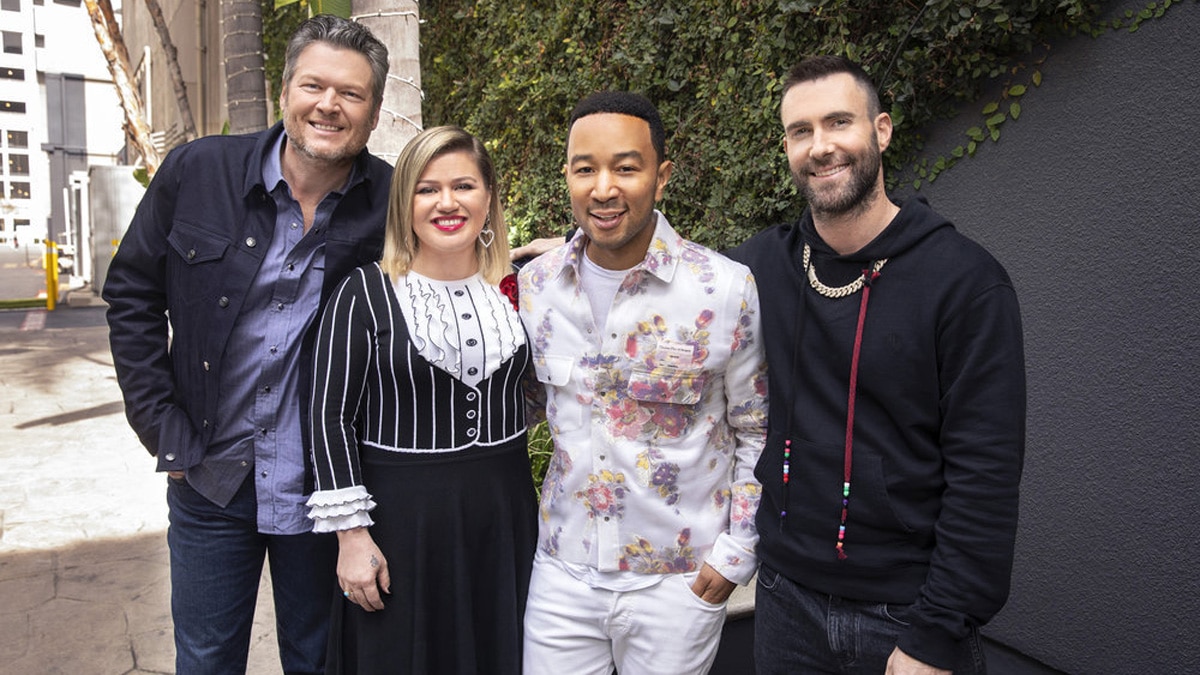 When The Voice returns on Monday, February 25 at 8 p.m / 7 p.m. CST for its season 16 premiere on NBC, the show will feature some previously announced changes — such as the addition of Emmy- Grammy- Oscar- and Tony-winning judge John Legend — plus a few fun surprises.

It’s an exciting episode, featuring two different “4-chair turns,” the requisite emotional triumphs, the return of a singer from a previous season for a second chance at a blind audition, and of course some mind-blowing talent, as demonstrated by Kim Cherry, who sings TLC’s “Scrubs” in the clip below. (John Legend’s reaction, upon getting his first glimpse of the singer, is truly “legend-ary.”)

And in addition to the four chair-turning coaches of Legend, Kelly Clarkson, Adam Levine and Blake Shelton, season 16 also features the return of mentors to supplement the coaching on each team.

As announced this afternoon by executive producer Audrey Morrissey at a press conference on the Universal lot in Los Angeles, this season Khalid will team up with Legend, Charlie Puth with Adam, Kelsea Ballerini with Kelly, and the country duo Brooks & Dunn will work with Blake.

In Monday’s premiere episode, Legend fits right in with the rest of the judging foursome, holding his own — and even joining in — as the faux rivalry continues between Levine and Shelton.

Within minutes, the gloves are off between the judges, as they take advantage of one of the show’s popular recent additions — the “block” button — and use said weapon against the new guy.

“Everybody saw John as a big threat and they instantly used [the block button] as a proactive defense,” Morrissey explains.  But she also says that throughout the blind audition episodes, it was evident just how much Legend is a great addition to the show.

“When you’re with him, you want to be your best self,” she enthuses.  “He’s such an inspiring, warm person.  He has a great vibe and energy, and the good times during shooting were plentiful.”