Thanks to the forces of gravity, anyone who's over 40, not drastically underweight and adopted the unnaturally model-y poses favoured by Instagrammers has probably been photographed with a double chin.

Well, he did until some overzealous photo editors at Sony Pictures saw that double chin and Photoshopped it out of a June promotional photo showing him in character in Quentin Tarantino's next movie Once Upon a Time in Hollywood, due out July 26, 2019.

According to Page Six, the first outlet to notice, Sony mistakenly uploaded a previously unpublished photo to its press site that when compared to the released version, shows that DiCaprio's chin was retouched and wrinkles were removed from Brad Pitt's chin. 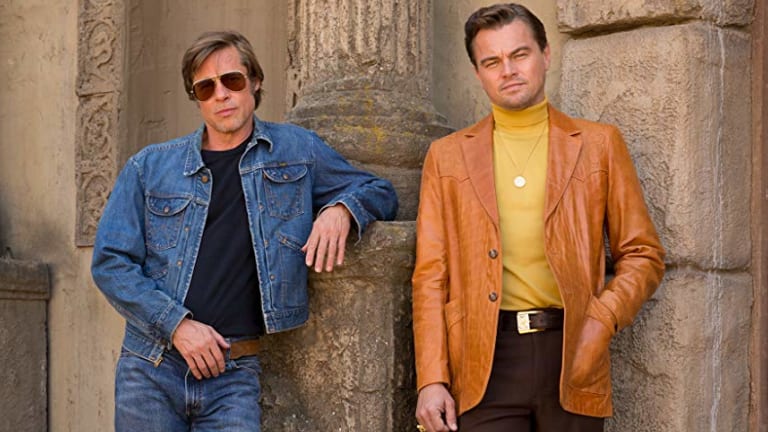 Sony have admitted to Photoshopping the two actors’ pics.

The actors "did not request any retouching of photography," Sony and the Once Upon a Time production team stressed in a joint statement to The Wrap. "We take full responsibility for the error."

Representatives for DiCaprio, Sony Pictures and production company Heyday Films did not immediately respond to a request for comment.

Once Upon a Time is set in the Los Angeles of 1969, when followers of cult leader Charles Manson murdered pregnant actress Sharon Tate.

Tate is played by Margot Robbie, who shared a first-look photo of herself in character on Monday.

So in this case, the double chin and wrinkles might have actually made them look more authentic. And if DiCaprio and Pitt, two of the most powerful men in Hollywood, aren't allowed to age naturally, just imagine how actresses over 40 feel.