Spider-Man: Homecoming wasn’t even out yet at the time, and in true 21st-century, shared-universe fashion, its sequel was already being teased.

Tom Holland is gearing up for the second in an apparent trilogy of films about our newest Peter Parker and his New York City adventures. And it’s going to be an important puzzle piece in the MCU’s future. 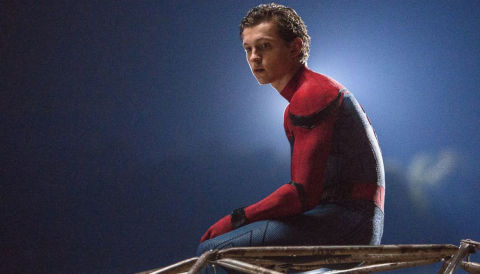 As of June 2018, we officially have a title for what we’ve been calling ‘Spider-Man: Homecoming 2’, as ‘accidentally’ revealed by Tom Holland himself on Instagram.

While attending the ACE Comic-Con in Seattle, Tom apologised for not having any more revelations to announce in the clip… before showing off an iPad revealing that the title will be Spider-Man: Far from Home. That has since been confirmed by Marvel Studios president Kevin Feige.

So, not ‘Spider-Man: Spring Break’ or ‘Spider-Man: Easter Bank Holiday Weekend’ then, but at least we don’t have to keep calling it ‘Spider-Man: Homecoming 2’ now, which is what Sony has been doing. 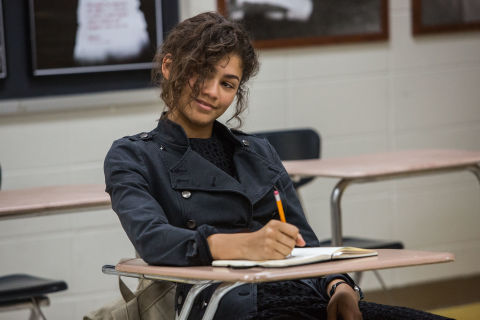 The sequel will begin shooting in July 2018 and its release is currently scheduled for July 5, 2019, which really isn’t very far away in movie terms.

It will kick off Marvel Studios’ Phase Four, after the Avengers: Infinity War sequel brings Phase Three to what we expect to be an appropriately dramatic end.

No other Phase Four films have been announced (nor are they likely to be revealed anytime soon), so Homecoming 2 sits at the beginning of an unknown future for the MCU. From what Feige has been saying, it might be a while before they unveil the plan for what comes after. 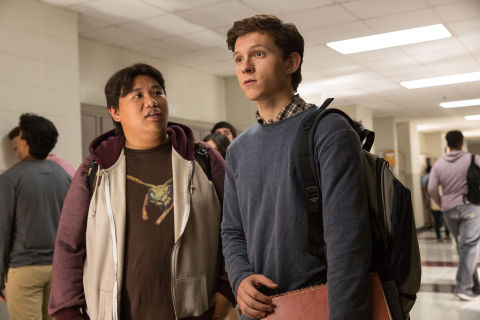 There is, of course, no way in hell that Holland isn’t firmly signed up for the Homecoming sequel, so you can definitely count him in.

When we spoke to Zendaya, she suggested that there is more of Michelle’s story to tell, so we can probably count her and Jacob Batalon (who plays Peter’s pal Ned) to return. Marisa Tomei is likely to be back as Aunt May, as well as most of Peter’s classmates.

Robert Downey Jr is rumoured not to be returning as Iron Man, although another MCU character is expected to take his place.

Jake Gyllenhaal is reportedly in talks to play classic Marvel villain Mysterio. It’s not the first time he’s been associated with the Spider-Man franchise, having been seen as a possible replacement for Tobey Maguire when that actor might have missed the second Sam Raimi movie (Gyllenhaal also recently denied rumours he was the DCEU’s next Batman).

Saturday Night Live‘s JB Smoove has also been cast in an unknown role.

Director Jon Watts wants a Black Widow/Spider-Man team-up, so we’ll have to see if Scarlett Johansson is game. From Watts’s comments and the critical acclaim of Homecoming, it sounds like he is being lined up to direct the new movie, too.

It’s definitely too early to guess at the plot of the sequel, although at least now we know one likely villain will be Mysterio, who has a history of using illusions to frame Spider-Man for crimes he hasn’t committed.

What we do know for sure is that the film will be heavily influenced by Avengers 4.

Spider-Man: Far from Home will begin only minutes after the conclusion of the Avengers: Infinity War sequel (with only two months between the two movies’ releases), which will also bring the MCU’s Phase Three to a close. The wall-crawler is being positioned at the forefront of the MCU coming out of whatever climactic event that involves. Feige has hinted that it will bring the stories of some of Marvel’s biggest heroes to a close, and Holland will be there to “hold your hand and lead you into the next incarnation of the MCU”.

The film has been confirmed as a “global” story, and will be shooting in London as well as other undisclosed locations.

Marvel has also confirmed that the second Spider-Man, Miles Morales, is out there somewhere in the MCU, though it might be too much to hope that he will be co-starring in Spider-Man: Far from Home. But we’ll be keeping our fingers crossed. 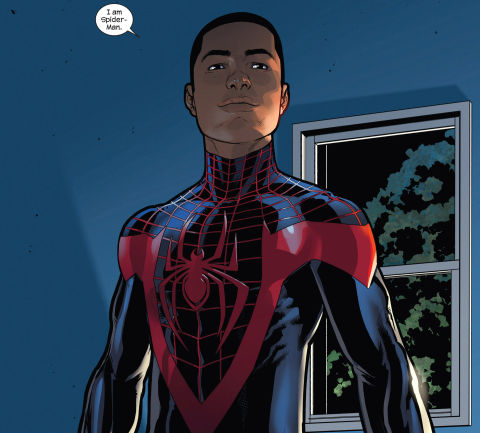 Ned actor Jacob Batalon wants Venom to show up in the movie, but that is looking highly unlikely. Spider-Man may eventually show up in Sony’s spin-off movies, but Eddie Brock is unlikely to become part of the MCU.

Reports are that Peter will already be ditching Infinity War‘s Iron Spider costume for a new look in Far from Home, courtesy of Homecoming and Ant-Man and the Wasp costume designer Louise Frogley.

“I am not actually working on that film, but the costumes will have very big changes because, in the film, Spider-Man becomes more like man and not teenager,” she told India West.

How does a young-adult Spider-Man dress? Stay tuned to find out.