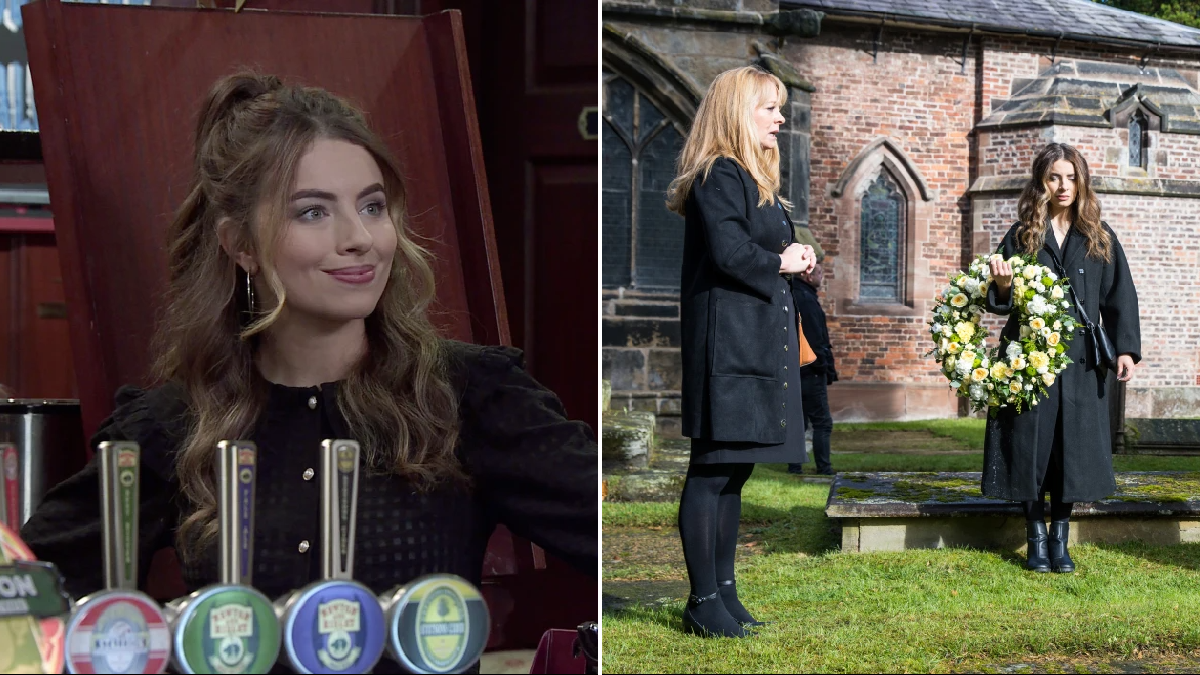 When Daniel (Rob Mallard) reveals the childminder has let him down, Jenny suggests Daisy can step in.

In the café, Daisy enjoys taking selfies with Bertie and posting them on her social media accounts.

Later on, after Johnny’s funeral, Jenny tells Daisy that she’s the sole beneficiary in his will and Johnny has left her £20k.

A drunk Jenny asserts she doesn’t deserve Johnny’s money and reckons Daisy is after both Johnny and Daniel’s cash.

Daniel assures her it was just the drink talking, and perhaps they should conduct their romance in secret – but how will Daisy react?

And what is Daisy’s motive?

Is she planning on stealing Daniel’s money, and the cash given to Jenny?