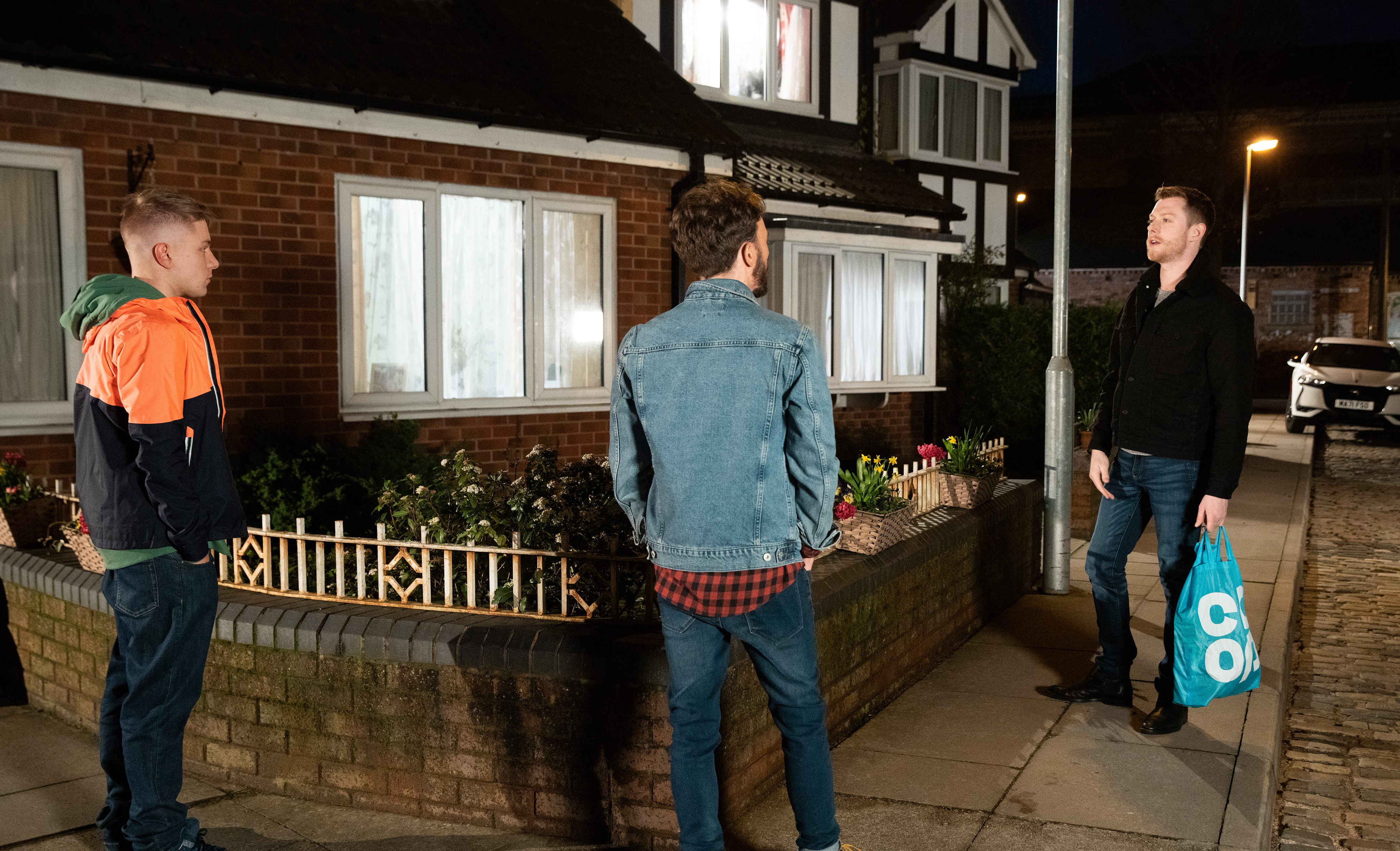 The encounter comes after Max maliciously shared images of Nicky (Kimberly Hart-Simpson) with the rest of the school after discovering that she’s a former sex worker. This led to Nicky losing her job and having nowhere to live, and in tonight’s episode Daniel tells her she can stay at his flat – a move which is not likely to help the already difficult relationship between Daniel and Daisy (Charlotte Jordan).

A reporter comes to the door asking for a quote and Nicky decides to talk to her, but she’s horrified when a story about her past goes online.

When Daniel sees Max in the street, he has a go at him about how he’s ruined Nicky’s life. David soon joins in, jumping to his boy’s defence. As the three argue it out, Daniel has had enough, and tells them that it’s time that Amy (Elle Mulvaney) knew who spiked her drink. He says if Max doesn’t tell her, he will.

Meanwhile, Eileen (Sue Cleaver) and Sean (Antony Cotton) set out to discover whether George (Tony Maudsley) is telling the truth about having an over-protective cat or hiding a secret affair, there’s a new job for Jacob (Jack James Ryan), and Tim (Joe Duttine) and Sally (Sally Dynevor) have a discussion about their marital problems.