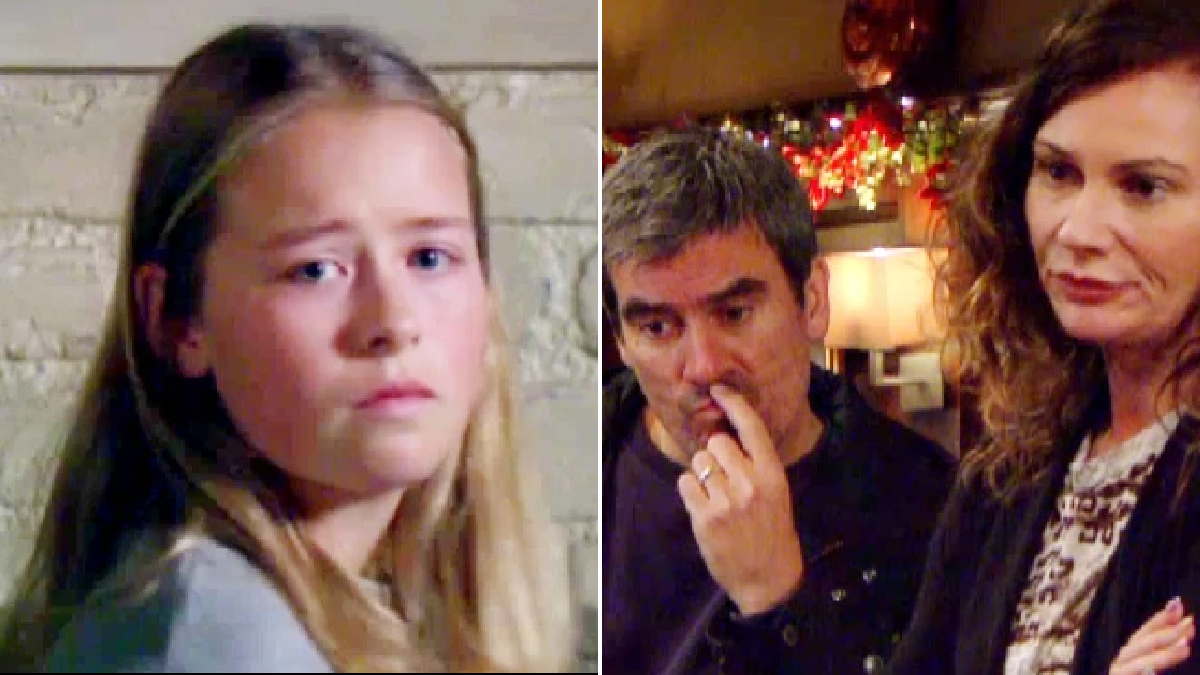 Last week, Liv was arrested on suspicion of murdering Ben Tucker (Simon Lennon), after police found evidence that suggested she was responsible.

However, as Liv was so drunk on the night of Ben’s death, she’s struggled to actually remember what happened, and can’t confidently say she didn’t murder her brother’s boyfriend.

Chas’ anger grew, telling Liv that Aaron has left because of her and her drunken behaviour.

Liv was devastated and to make things even worse, Chas told her that now Aaron has left the village, she won’t receive support from the Dingle family.

Chas and Cain (Jeff Hordley) told their family that Liv is a ‘cold blooded killer’ and definitely murdered Ben.

Vinny was horrified and couldn’t believe Mandy and Sam were siding with Chas and Cain.

With the family seemingly all in agreement, Liv was sent to her cell, breaking down in tears, realisation hitting her that she was now completely on her own.

As the Dingle family agree Liv is dead to them, has her fate been sealed?

Will Liv spend the rest of her life behind bars for a crime she didn’t commit?

Or can someone save her?