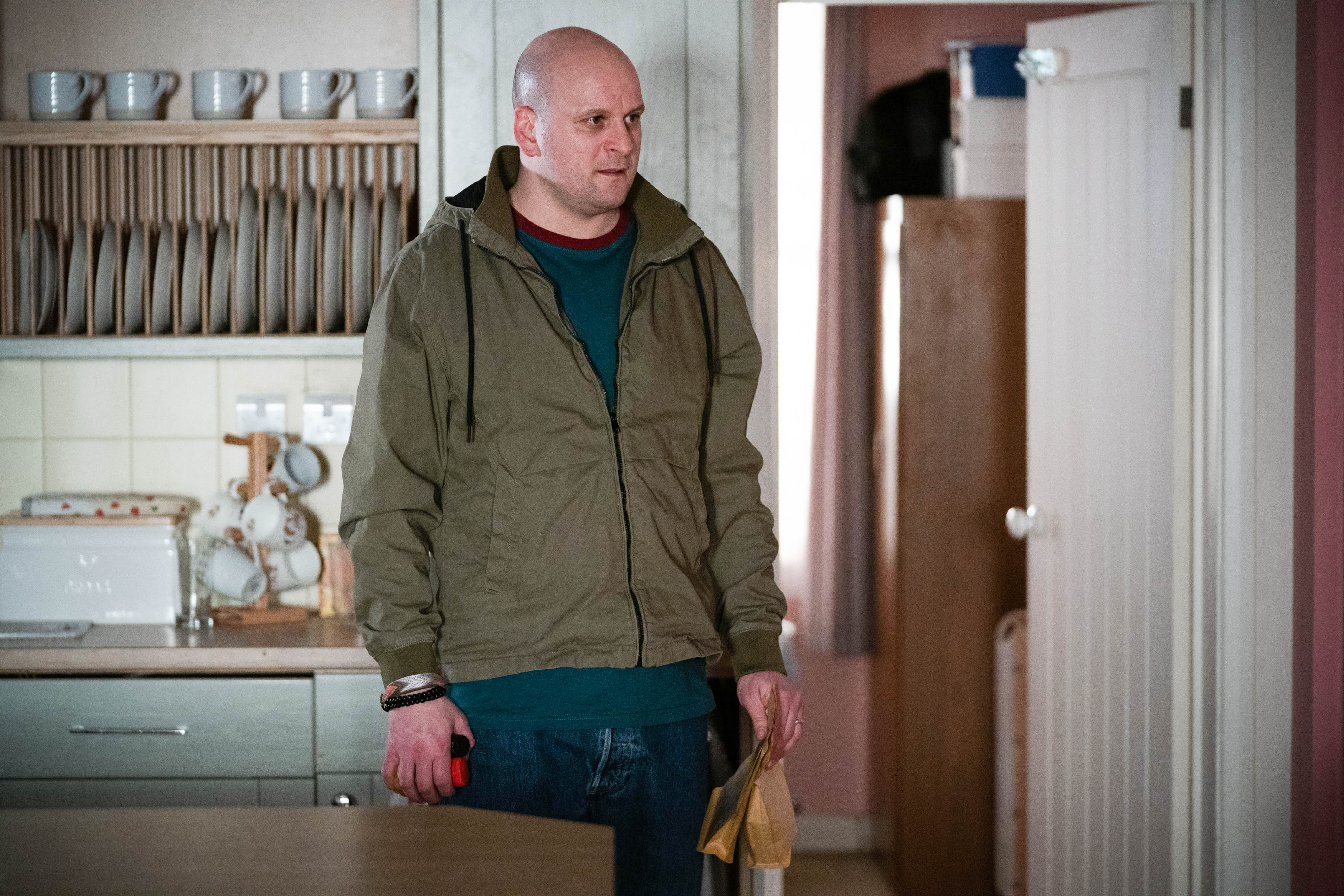 Ever since Stuart Highway (Ricky Champ) was told he needed a breast cancer operation in EastEnders, there was one thing niggling away in the back of his mind.

Fearful he’d become addicted to the pain meds post-op, this led to Stuart departing Walford for a while, convinced alternative treatments would end up curing his cancer.

Of course, herbal remedies and things bought from dodgy blokes on the street did not cure Stu’s cancer, it just put his life in even more danger.

In recovery after his operation, Stuart is also adapting to parenthood following the birth of baby Roland.

While Stuart has started taking his painkillers, he’s constantly avoiding his baby son, which is confusing Rainie (Tanya Franks), who doesn’t know her partner is taking his meds.

Coming up, Stuart agrees to take Roland to his weigh-in but when he finally holds him, he questions if he’s capable of looking after a child.

In the cafe, Mitch (Roger Griffiths) offers to babysit Roland so Rainie can attend the hospital appointment with Stu.

As Rainie enjoys some peace, Stuart arrives with Roland and claims he forgot about another physio appointment.

Fortunately, Rainie sees right through Stuart’s lies and back home, she finds his painkillers.

But how will Rainie feel to discover Stuart has kept this from her?